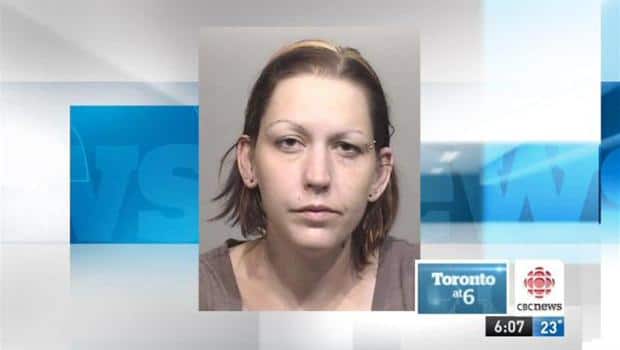 Police said Christine Allen, 32 — who may have also used the name Christine Keilbar — was arrested on the weekend. Police accuse her of giving two children tetrahydrozoline, a drug found in over-the-counter eye care products that can cause serious illness if ingested.

"The lady that's charged used to operate a daycare in Kitchener from 2009 to 2011 and there are concerns that other kids may have been victimized," Waterloo Police Inspector Kevin Thaler said Monday.

Allen ran the daycare from a home in the Pioneer Park area of Kitchener, police said. A Region of Waterloo official confirmed the daycare was unlicensed.

Police first started investigating this March, when two-year-old Decklyn Desrochers, who was under the care of the suspect, was taken to a local hospital. He had suspicious symptoms that included abnormal drowsiness, low blood pressure, respiratory difficulty and decreased heart rate.

The child recovered, but returned to the hospital at a later date with similar symptoms, police said.

"When the parents became aware and recognized the symptoms in their children, they took them to hospital and that's when suspicions first came to light," Thaler said, adding it was a "very dangerous" situation for the kids.

Samantha LeBlanc, Decklyn's mother, said Allen was a friend and had nowhere to live. LeBlanc invited Allen to stay with her family in March.

LeBlanc said she is "outraged" at the news, but also has "a lot of mixed feelings."

She said she found it hard to believe Allen would have done anything to hurt her child, especially as Allen is a mother herself.

It was when police investigated that case further that they uncovered another incident in which a child was poisoned with tetrahydrozoline. This incident occurred in July 2010, while Allen was running her unlicensed daycare, police said.

Police said she was arrested on Saturday or Sunday. She's set to appear in a Kitchener courtroom on Wednesday.