The drive-thru COVID-19 testing centre in Kitchener was closed for part of the day Wednesday after the site reached capacity for testing. An official with Grand River Hospital says it has been happened a few times per day this month as more people seek to be tested. 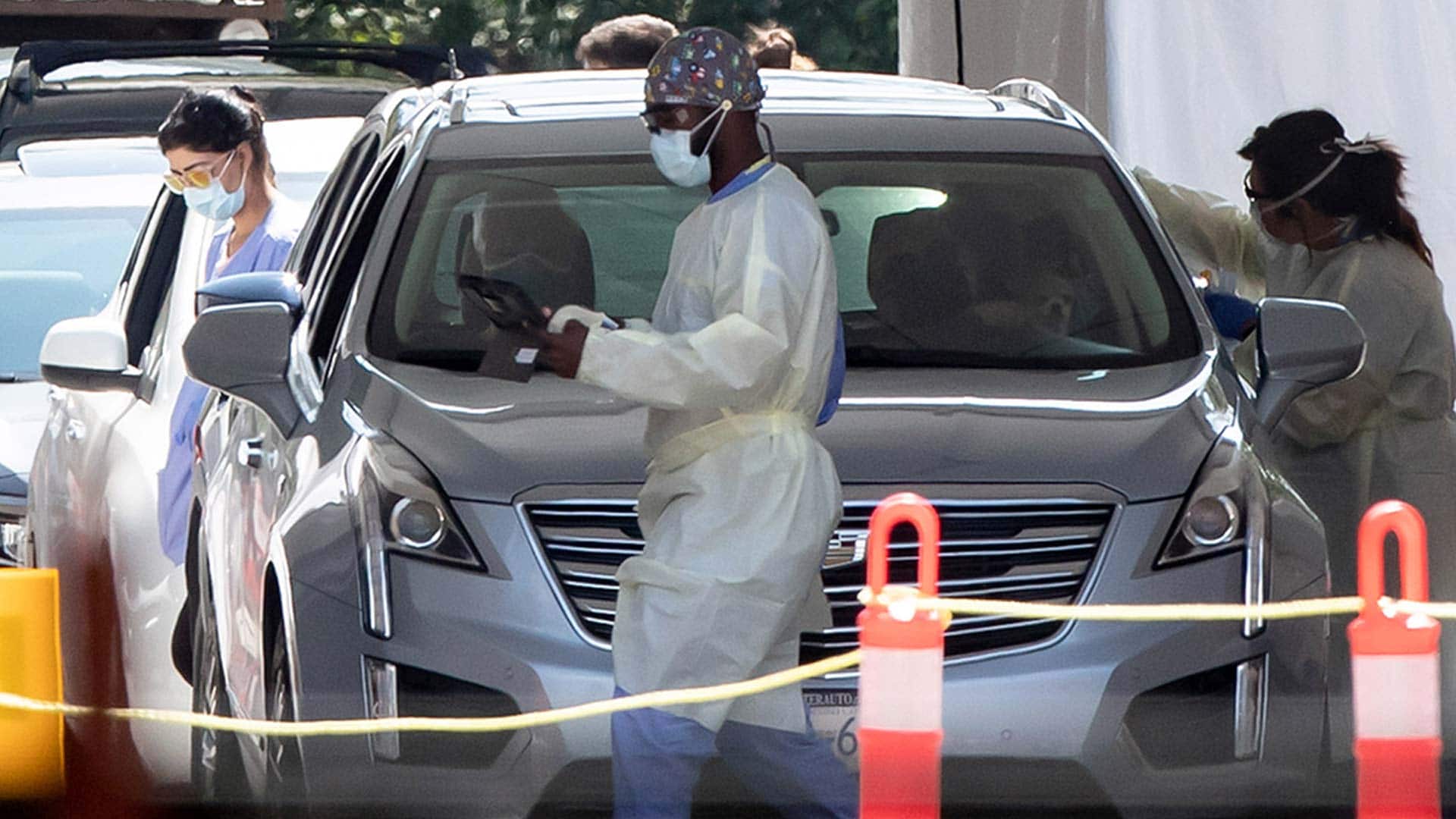 1 month ago
1:56
Demand for COVID-19 testing is soaring as cases climb in many parts of the country and students head back to school, so is pressure on the federal government to approve a rapid test. 1:56

Kitchener's drive-thru COVID-19 testing site is regularly closing during the day because too many people are lining up for tests, Grand River Hospital says.

"It's happening a few times a day lately," Cheryl Evans, spokesperson for the hospital, said on Wednesday.

In the last nine days, she says the drive-thru site has averaged 550 tests a day. When it was built, it was anticipated the site would handle a maximum of 350 vehicles per day.

The drive-thru, which is run by Grand River Hospital, isn't the only site seeing a big jump in people wanting to be tested.

On Monday, the centre in Waterloo tested 104 people, the highest number since June. On Tuesday, the number was 116, a record for the centre.

When people call for an appointment for a test, the wait is about two days.

The testing centre at Cambridge Memorial Hospital has also seen an uptick in requests for testing, officials there said. The Cambridge site has capacity for 120 tests a day, but is increasing that to 190.

Rex Mohamed who runs Westmount Place Walk-In Clinic in Waterloo, the site of an appointment-based testing centre, says they're getting hundreds of calls each day.

In the first 45 minutes of taking calls on Wednesday, they were fully booked for the day for testing, he said.

"People who are calling in are frustrated," he said. "They don't know what to do."

He says they've ramped up testing in the clinic and can do about four tests every five minutes. They've added staff and people working at the clinic are doing everything they can to get people tested, he said.

The clinics, which also include the Waterloo walk-in clinic on University Avenue and the K-W clinic at The Boardwalk, have added temperature takers and hand sanitizer. Mohamed and his wife, Meera, have handed out 50,000 masks for free to people who need them and even offer rides to people who don't have vehicles but need to be tested.

He said it's unclear what will happen in the future, but "from what I see right now, practically, we're prepared to brace," similar to when people brace themselves to prepare for an impact.

"It's coming. I've pulled all the resources I could," he said.

Other parts of the province are also seeing increased demand for testing. In London on Tuesday, people were turned away from both of the city's assessment centres because hundreds wanted to be tested. Officials in Ottawa said people who don't need to be tested are clogging the system there.

Also on Tuesday, Health Minister Christine Elliott said the province has received reports of "significant lineups in many parts of Ontario."

Elliott said they expected to see a jump in demand as young people returned to school, but "perhaps not to this extent."

The province is now looking at ways to address this, she said.