It’s a case of coming “full circle” for Guelph guitarist Adrian Raso. He fell in love with the group Fanfare Ciocarlia’s music heard in the 2006 Borat movie. He later recorded an album with the Balkan ensemble and one of those songs — Urn St. Tavern  — has now been featured in the new Borat movie.

It's a case of coming "full circle."

Guelph guitarist Adrian Raso fell in love with Fanfare Ciocarlia's music in the first Borat movie, which was released in 2006.

Raso later recorded an album with the Balkan ensemble and one of those songs — Urn St. Tavern  — has been featured in the latest Borat movie.

"The first time I heard them I thought it was digitally manipulated," Raso told the Morning Edition, of Fanfare Ciocarlia's music in the first movie.

"I was like, there's no way horns can do that. That was insane."

After doing some research and learning more about "this legendary Balkan brass band," Raso said he sent an email to ask if they were ever going to be touring Canada because he really wanted to see them live.

It turned out they were coming to Canada soon, and they ended up recording an album together.

"We just took 10 of my songs at the time and went into Metal Works [studio] in Mississauga and recorded this record and we added Urn St. Tavern," Raso said.

"That's kind of the original starting point of it but we'd never have discovered them without Borat."

'Out of the total blue'

Raso said the offer to have his song featured in the new movie was unexpected.

Raso's team was approached by Borat star Sacha Baron Cohen's team and told about the movie being produced and the request was made for his music.

"It was a really interesting process because it was heavily top secret and it just comes out of the total blue."

He later got word that they wanted to use Urn St. Tavern.

'I was actually terrified'

Raso said he was worried as he waited to see how Jason Woliner, the film's director, was going to use the song in the movie's soundtrack.

"I was actually terrified about it. Nobody got to see an edit, no one got advanced screening. There's like some extremely cringe-worthy scenes [in the first Borat movie] and I thought 'Oh God, this could be used anywhere," Raso said.

"Then I thought that it could be one of those things where they use it and then it never made the final cut."

In the end, Raso said it turns out the placement of his music is "a great spot."

"It's great for me because there's no dialogue, it's just really nice," he said.

Reflecting on the entire experience, Raso said, "It's kind of a strange thing, very surreal. It's a neat story because it went full circle … So, that's really cool.

"The other side of it is that it's amazing sometimes how your work … it was recorded in 2014 and you kind of assume that 'OK, we're moving from there.' And then all of a sudden the most acclaim you're getting pops up on an album that's six years old, so it's weird," he added.

Listen to the interview with Adrian Raso: 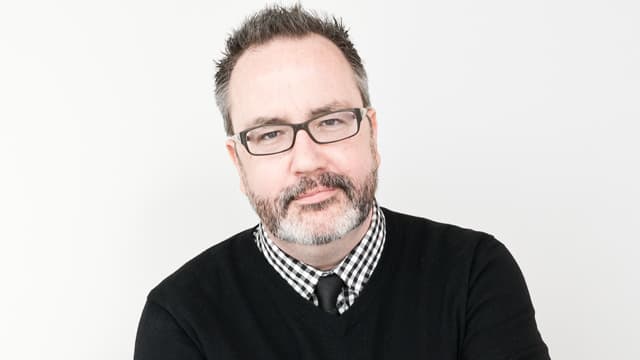 The Morning Edition - K-W5:23Guelph musician Adrian Raso has song in new 'Borat' film
Guelph musician, Adrian Raso, has a song included on the soundtrack of the new 'Borat' movie. He talks about the song, why he was nervous about how the song would be used in the film and how the first 'Borat' inspired him. 5:23