The craft of mixing yeast, grain malt, water and hops at home to make beer is a centuries-old endeavour but despite eons of popularity, Saturday will mark the nation's first Canadian Homebrew Day.

The day was brewed up by the Canadian Homebrewers Association, a one-year-old organization dedicated to encouraging more people to make their own ales, stouts and lagers at home.

Kathy Yan Li of Shilo, Man., is a director with the association. She says homebrewers in the United States have a day to celebrate their craft and it made sense for Canada to, as well.

She says homebrewing is popular in Canada, although how people engage with the hobby varies widely. Some choose to make small batches, including newcomers using popular boxed kits, while others buy kettles and mash tuns and build bar equipment to have their home beers on tap.

"What I really enjoy about homebrewing is that, there's so many flavours that you can play with. Whether you just use just the malt, the hops or the yeast, you can create so many different flavours," she said, noting some brewers add fruit or even wood to their beer to experiment.

"When you have a vision of what you want your beer to taste like, I think it's really exciting to figure out the recipe part of it, to be able to make it happen."

From yeast to west

Many homebrewing groups across the country have planned events to mark the day.

That includes everything from having a homebrew system set up by the Cowtown Yeast Wranglers at the Calgary-based The Establishment Brewing Company, to members of the Middle of Nowhere Homebrew Club in Labrador City, N.L., all brewing the same recipe with a plan to compare them later.

"You can learn about homebrew, check out other people's equipment, talk about the process and talk to homebrewers about beer and what they're doing, how they're making it," he said.

"It is for all levels of homebrewers. We don't want to scare anyone off."

Yan Li says she recommends anyone interested in homebrewing should join a club. Often members will invite new people to join them for a brew day to see how it all works.

"Whenever I move to a new city or new town, I always check out the local homebrew supply store just because I feel that people are super warm usually and they're happy to talk brewing with you," she said. 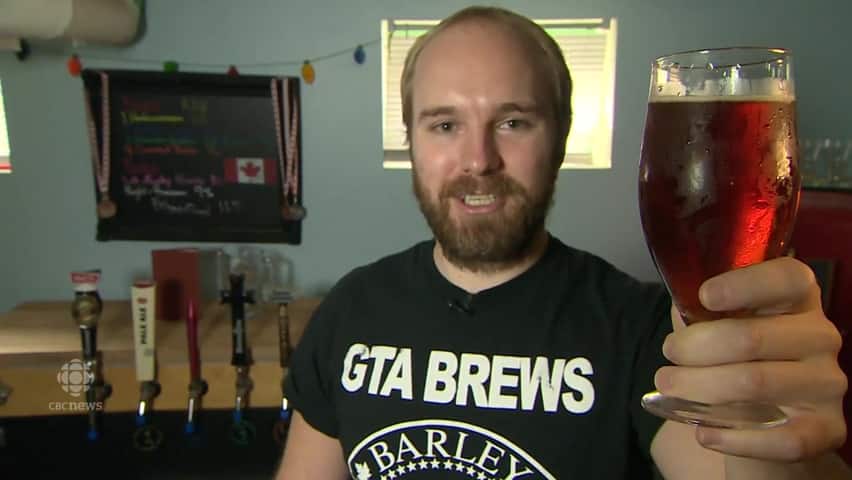