Omar Khadr spent a second day in a Canadian penitentiary on Sunday under a 23-hour-a-day lockdown with a member of his legal team accusing the Harper government of "stoking public opinion" and "vilifying" his client. 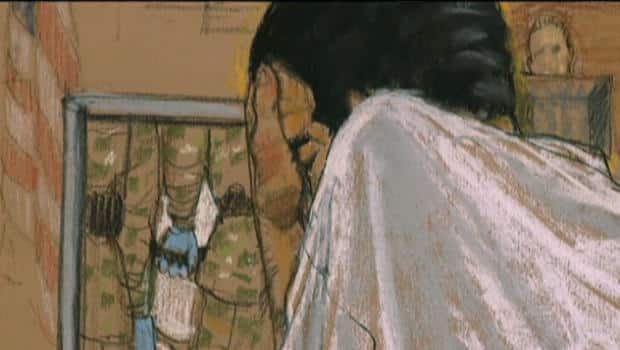 8 years agoVideo
2:19
Omar Khadr is now in a federal penitentiary in eastern Ontario after being flown in from Guantanamo Bay, Cuba. Now the question remains: how much longer will he spend behind bars? 2:19

Omar Khadr spent a second day at the Millhaven federal penitentiary on Sunday under a 23-hour-a-day lockdown with a member of his legal team accusing the Harper government of "vilifying" his client.

"There's no need to be stoking public opinion against Omar," Khadr's lawyer John Norris said in an interview from Toronto with CBC News.

"They are, I think frankly, setting him up for failure," Norris said.

On Saturday, Public Safety Minister Vic Toews described Khadr as "a known supporter of the al-Qaeda terrorist network and a convicted terrorist."

Toews raised concerns about how the 26-year-old will be able to reintegrate into Canadian society. They include Khadr's idealization of his father, Ahmed Said Khadr, an associate of Osama bin Laden who was killed in Pakistan in 2003.

As well, the minister said Khadr's mother and older sister have "openly applauded his crimes and terrorist activities" and said he hopes "robust conditions" will be put in place if parole is granted.

On Sunday Norris took issue with the minister's comments.

"I think it's appalling. I think it's completely unnecessary," Norris said. "They don't need to keep vilifying Omar in the way that they do."

Khadr was the last Westerner and the youngest prisoner to be held at Guantanamo Bay, Cuba. He spent nearly a decade at the U.S.-run detention camp.

Under a plea deal, he admitted to being responsible for the death of an American medic during a firefight in Afghanistan.

The Harper government only recently requested that the U.S. return him.

Early Saturday, Khadr was put on a pre-dawn flight and, after arriving at CFB Trenton, Ont., was whisked off to Millhaven, near Kingston, Ont., to serve the balance of his sentence for war crimes.

Khadr is eligible for early release within months, but for now Norris said his client is "happy to be here," despite the limits of life behind bars.

"I don't in any way want to minimize what the experience was like in Guantanamo, but, ironically enough, he has less freedom now," Norris said.

"It's going to be very difficult to be locked in a small cell for 23 hours a day and then you get one hour to walk around in the small exercise yard," Norris said.

Dr. Steven Xenakis, a U.S. Army psychiatrist who spent more than 200 hours with Khadr since 2008 assessing him for his military defence, has said he is no threat to Canadian society.