Manuel Goncalves has a message for Prime Minister Justin Trudeau: My Canada includes Alberta, even if your speech didn't. 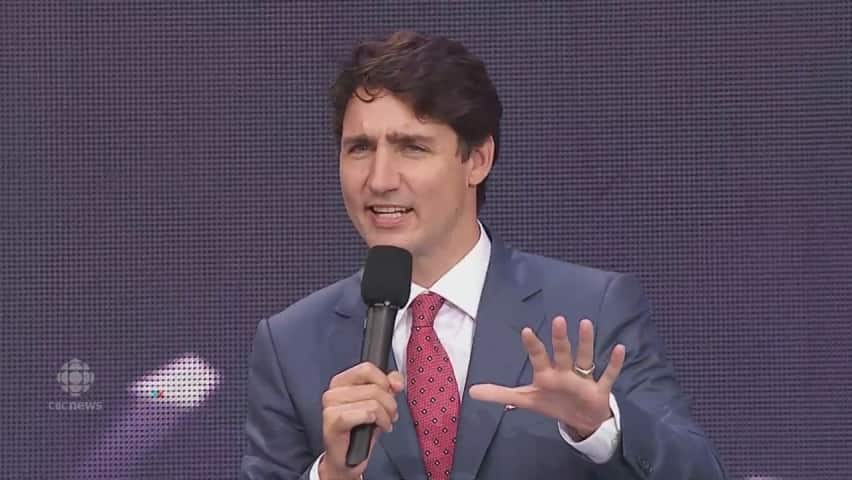 'I got excited': Trudeau skips Alberta, then apologizes

4 years ago
1:06
Prime Minister Justin Trudeau had a slip in his Canada Day speech: he skipped over listing Alberta among the provinces and territories. He had a chance to apologize on stage a few minutes later. 1:06

Manuel Goncalves has a message for Prime Minister Justin Trudeau: My Canada includes Alberta, even if your speech didn't.

Trudeau touched off a Twitter firestorm Saturday during his Canada Day speech on Parliament Hill when he left Alberta out of his coast-to-coast recitation of the provinces and territories.

"But we embrace that diversity while knowing in our hearts that we are all Canadians, and that we share a common pride in that red and white flag."

It wasn't until after he'd left the stage that Trudeau noticed the oversight, aided no doubt by a check of his Twitter feed and host Sandra Oh giving the province a shout-out.

Trudeau jumped on the front of the stage, called out, "I love you, Alberta," and blew a kiss, before sitting down and shaking his head.

"Maybe he should remember where the big money comes from for the economy. It's the province of Alberta," said Goncalves, who was among several thousand Albertans gathered for Canada Day at the provincial legislature in Edmonton.

"Without our energy, nothing moves, buddy. Nothing goes around," he said, rubbing his fingers as he spoke. "Simple as that. And for Justin Trudeau, smarten up, boy!"

Moments after the mistake, Trudeau tweeted: "Got too excited somewhere over the Rockies. Sorry, Alberta."

Got too excited somewhere over the Rockies. Sorry Alberta, I love you. Happy Canada Day!

Yolanda Saunders, who was with her two daughters as they waded in the reflecting pool in front of the legislature, shrugged off the gaffe.

But it was a political mistake, one Trudeau will likely be hearing about for a while — especially given the fact that Alberta is home to some of his most powerful rivals in the House of Commons, and a place where for many, the Trudeau name has long been a dirty word.

"You know what? I don't care what political stripe you are, I don't care how you vote. At the end of the day, if we're going to celebrate the things that unite us, we cannot forget this province."

In an interesting twist, the two newest Canadian astronauts Trudeau introduced Saturday are both Albertans: Jennifer Sidey of Calgary and Joshua Kutryk of Fort Saskatchewan, Alta.

Most of the people at the legislature were in a forgiving mood, chalking up the oversight to an honest mistake.

Michael Viola jokingly wondered if it has something to do with the Liberal government's new marijuana policy.

"Something's going to get legalized next year," he smiled. "Maybe he's just test-driving something."

Stephanie Lawrence, a dual Australian-Canadian who was in Edmonton visiting family, suggested the prime minister ought not to make such mistakes, and that Trudeau needs to "pick up the slack."

"I could understand if he was from the U.S. but Canada doesn't have that many provinces," she said. 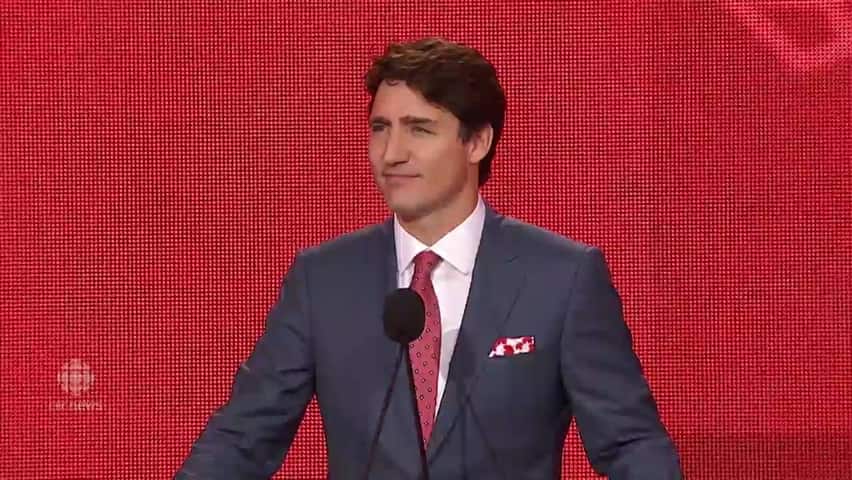