Canadian journalist Henry Champ, who worked for CBC, CTV and NBC during a career that spanned more than four decades, has died at age 75. 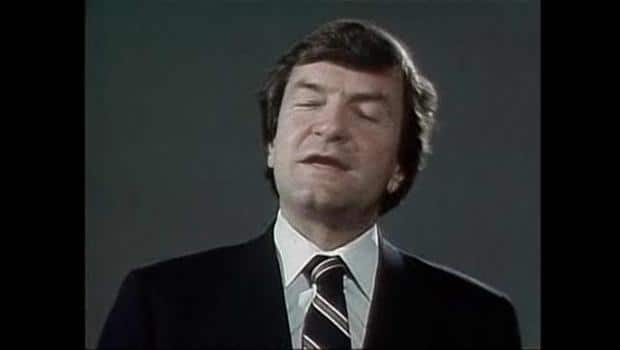 A tribute to Henry Champ

8 years ago
1:21
This video is a compilation of file footage from the highlights of Henry Champ's career, assembled as a tribute when he retired from the CBC in 2008. 1:21

He was living in Washington with his wife and serving his second term as chancellor of Brandon University, his alma mater in western Manitoba.

While in the U.S. capital, he was known to take visiting students from that university under his wing. Champ received an honorary doctor of laws degree there in 2005, three years before he became chancellor.

"Despite all of his sophistication, he was a home-grown farm guy who loved Manitoba, loved rural communities and loved the university he had attended," Brandon University president Deborah Poff told CBC News.

Poff said the university is planning a memorial service to remember Champ.

Born in Hartney, Man., Champ attended Brandon College — the precursor to Brandon University — and began his journalism career as a print reporter with the Brandon Sun.

However, Champ was best known for his time in television, where he contributed stories to the CBC, CTV and NBC network news.

He was CBC Newsworld's Washington correspondent before he retired in 2008.

In 1993, he joined the anchor team at CBC News: Morning in Halifax, and went on to become the CBC Newsworld correspondent in Washington, D.C.

"Lovely, sweet, funny man. He could interview anyone. He never took himself too seriously," Nancy Waugh, executive producer for CBC Halifax said after hearing the news of his death.

"Here's a guy who has covered some of the great stories of our generation and the generation before it, from Vietnam right up until today, really, because he was still writing blogs for the CBC, in just the last little while."

"But Henry was so much more than a journalist. He was a good friend to everybody he worked with and everybody he met."

"Everybody feels the same way about Henry. He was just a caring guy. He'd help you out no matter who he was working for. He was there to help you, to mentor you," Mansbridge said.

"It is quite a while ago," Newman said. "He was always very optimistic, a lot of fun to work with… He was quite generous in working with you and I can’t think of anyone who didn’t like Henry."

Champ is survived by his wife and five children.