Jordan Peterson, the polarizing pundit and author, is recovering in a Moscow hospital after seeking "emergency" treatment for dependence on an anti-anxiety medication, his daughter says.

Controversial U of T psychologist and author stable after four weeks in intensive care, says daughter

Jordan Peterson's family says he has sought "emergency" drug detox treatment in Russia, after several failed attempts to overcome his dependence on a potent anti-anxiety medication.

The controversial University of Toronto psychology professor and internationally famous self-help guru is said to have been in a Moscow hospital for the past month, recovering from both the "incredibly gruelling" treatment and a severe case of pneumonia.

"He's had to spend four weeks in the ICU in terrible shape, but, with the help of some extremely competent and courageous doctors, he survived," his daughter Mikhaila Peterson said in an online video, posted Friday evening. "The uncertainty around his recovery has been one of the most difficult and scary experiences we've ever had."

The 57-year-old professor has been out of the public eye since September, when it was first disclosed by his daughter that he was seeking treatment for his dependence on clonazepam, a benzodiazepine tranquilizer that is often prescribed to patients with panic issues.

His family says he had been taking the drug for years to mitigate lingering anxiety following a severe autoimmune reaction to food. His dependence reportedly started last spring after doctors increased his dosage to help him cope with stress as his wife Tammy battled kidney cancer.

WATCH| Mikhaila Peterson gives an update on her father's health.

In the new video, Mikhaila Peterson said her father's attempts to wean himself off the drug have left him in "unbearable discomfort" over the past eight months, as he experienced withdrawal symptoms and akathisia — a type of movement disorder she described as "incredible, endless, irresistible restlessness, bordering on panic."

According to medical literature, the symptoms of benzodiazepine withdrawal can include agitation, increased heart rate and blood pressure, sweating and insomnia. In some cases, patients also experience seizures, confusion and delusions.

"The decision to bring him to Russia was made in extreme desperation, when we couldn't find any better option," his daughter said, referencing "several" failed treatment attempts in North American hospitals, where doctors tried to slowly taper Peterson off the medication. The nature of the therapy that Peterson has been receiving in Moscow isn't clear. And his daughter declined to provide more details when contacted by CBC News.

"My family has put a stop to any more information," she wrote. "When dad's ready, he'll start talking about details."

Dr. Michael Krausz, the director of addiction psychiatry at the University of British Columbia's Institute of Mental Health, says the treatment for benzodiazepine addiction is difficult, regardless of where it takes place.

"They always have the same of amount unpleasant side-effects," he said. "You would taper down ...You would reduce the dose from two to four weeks until people are abstinent."

Still, he wonders about what might be on offer in Russia.

"I'm not aware of any superior, or any say, evidence-based ultra-rapid programs," he said.

Peterson's rise as a polarizing public figure began in the fall of 2016, when he gained notoriety for his vocal opposition to a University of Toronto policy that required teachers to address students by their gender pronoun of choice. He quickly developed a global following via his media appearances and YouTube channel, which now boasts 2.52 million subscribers. His 2018 self-help book, 12 Rules for Life: An Antidote to Chaos, has sold millions of copies around the world, and has made the professor a wealthy man.

But Peterson's success has come with a cost. In an emotional interview last September, filmed just before he first entered rehab, Peterson told fellow National Post columnist Rex Murphy that he had been suffering under the weight of public expectations and his wife's health problems.

"I've become opened up to the trouble that people have in a way that far exceeds even what I experienced as a clinical psychologist," Peterson said, as he trembled and wiped away tears.

The accolades and fame were little compensation, he said.

"The funny thing is, that it doesn't feel good. And that might be a reflection of my general state of mind, which is very ... unsettled at the moment," Peterson explained.

WATCH| Peterson gets emotional in YouTube video with Rex Murphy. 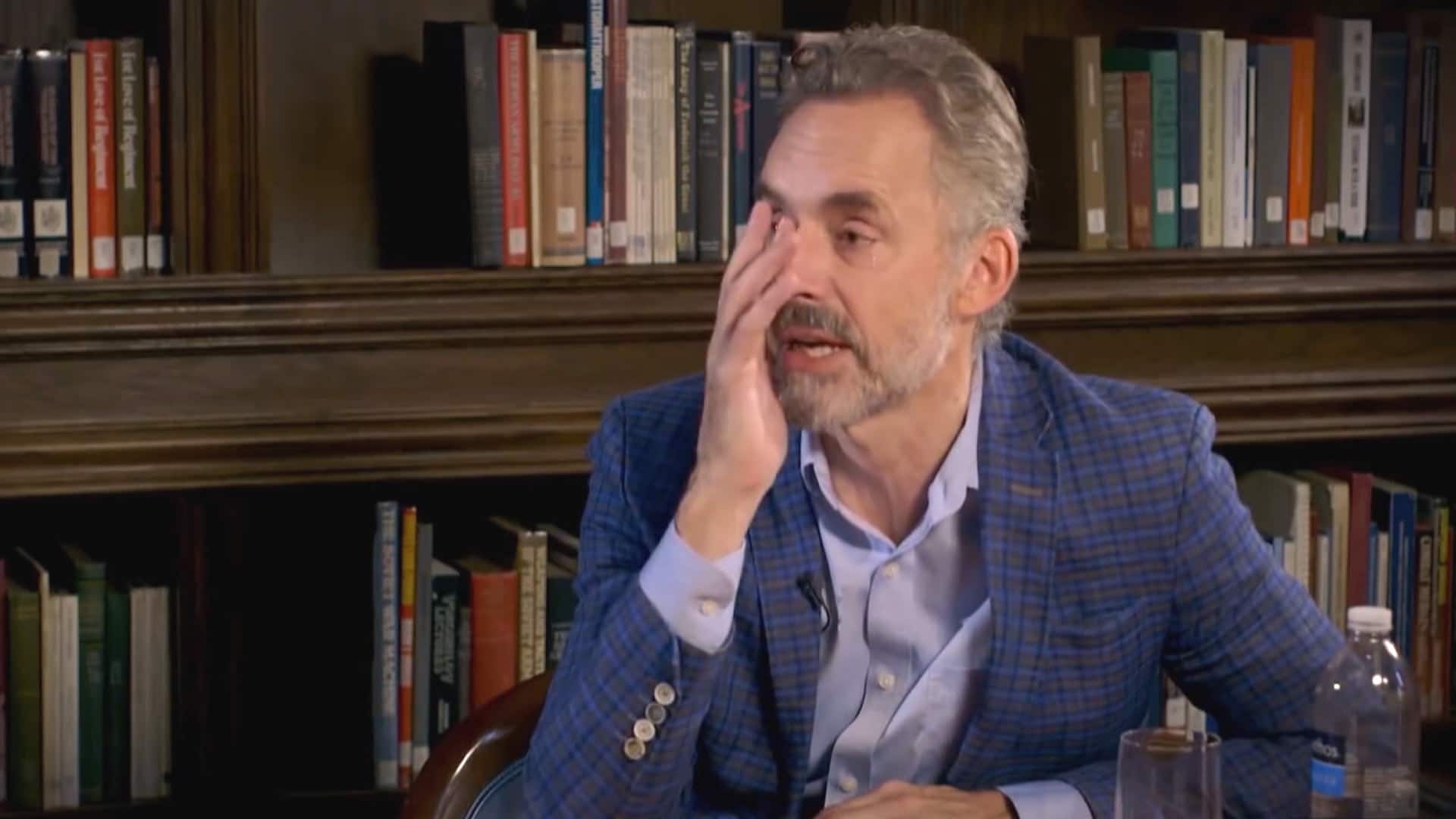 Jordan Peterson gets emotional in YouTube video with Rex Murphy

Husband-and-wife Toronto filmmakers, Patricia Marcoccia and Maziar Ghaderi, started shooting a documentary about Peterson in 2015, when he was still a little-known academic. Their film, Shut Him Down: The Rise of Jordan Peterson, captures his rapid and sometimes uncomfortable ascension.

"It's such a big change in what his life was like," Marcoccia said in an interview Friday. "And I think another aspect of it is that, you know, Jordan doesn't like having these really adversarial conversations with journalists ... He said to us in the past that it would take him a day to recover from that.

"Some people can take being hated better than others. I think it's something that's been particularly difficult for him," she continued. "And then, of course, last spring when his wife was diagnosed with cancer, I think that was just the final straw."

Marcoccia and Ghaderi last spoke with Peterson in the fall, when he called them from rehab to hear how audiences were reacting as they toured with the film.

She said Peterson's fans were incredibly sympathetic after news of his addiction issues broke.

"I think in probably every single Q&A that we had after the film, people asked how he was doing," said Marcoccia. "And for the most part, what what I saw in people's reactions was just that they were very empathetic and hoped that he would take the time that he needs to recover from all of this, because they realize that it's been such a crazy time in his life."

In her video, Mikhaila Peterson said her father is "on the mend," but will need a lengthy period of recovery.

"He's improving, and is off the horrible medication. His sense of humour is back. He's smiling again for the first time in months," she said.

However, there are indications that Peterson may still have significant challenges to overcome.

The National Post, which regularly publishes Peterson's opinion columns — the latest one last November — reports that the professor spent eight days in a medically induced coma in Moscow in an effort to fight off his lung infection.

He has suffered neurological damage, and cannot type or walk unaided, at present, the paper says.

With files from Sylvène Gilchrist