Italian authorities say Canada, especially Ontario, has become a base for the Calabrian Mafia, or 'Ndrangheta — particularly for money laundering — because Canada is perceived to have a lax approach to dealing with the Mob.

'Ndrangheta believed to have strong presence in Toronto, Thunder Bay 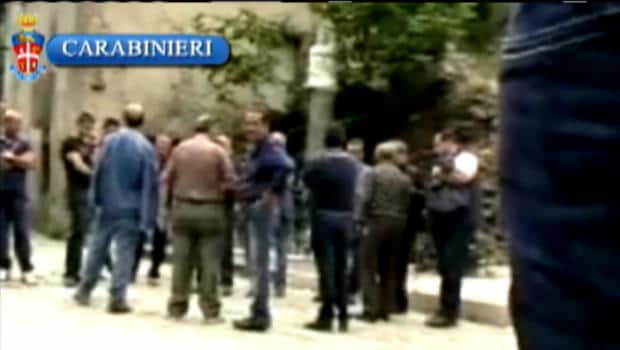 8 years agoVideo
3:16
Italian authorities say Canada has become a base for the Mafia, because it is perceived to have a lax approach to dealing with the Mob 3:16

Italian authorities say Canada, especially Ontario, has become a base for the Calabrian Mafia, or 'Ndrangheta — particularly for money laundering — because Canada is perceived to have a lax approach to dealing with the Mob.

Italian anti-Mafia prosecutor Roberto DiPalma revealed to a joint Radio-Canada/Toronto Star investigation that Canada may have become a place where Mob figures can hide, hoping that Canadian justice won't touch them.

"Canada is virgin territory for the 'Ndrangheta," said DiPalma. "They infiltrated the fabric of the economy, especially through the construction industry."

Some Italian prosecutors are openly frustrated by Canada's handling of the murderous, wealthy and drug trafficking 'Ndrangheta.

"It is 10 years since we told the Canadians to pay attention because 'Ndrangheta is very present in Canada, mostly in Toronto," said prosecutor Nicola Gratteri. "We did not have good collaboration with the Canadian police."

Italian prosecutors believe there may be seven clans operating in Toronto, and two in Thunder Bay.

Over the past two years, Italian investigators identified 30 past or current residents of Canada with links to the 'Ndrangheta. Nearly a third of them have active Italian arrest warrants, but they live untroubled in Canada.

Following the 2007 U.S. imprisonment of Vito Rizzuto, the reputed kingpin of the Montreal Mob, one theory is that the 'Ndrangheta have been making moves back into Montreal, which they lost control of about 30 years ago.

Some Canadians admit that police in Ontario dragged their feet more than authorities in Quebec, where a wave of Montreal firebombings and killings have taken place that experts blame on a power struggle involving the Rizzuto crime family.

"We have people on enforcement that don't understand crime," said Ben Soave, a retired chief superintendent who headed up the RCMP's anti-Mafia efforts in Ontario until 2004.

"We have people in enforcement that think that [with] organized crime, we go in, we do a one-year investigation. It's costing a lot of money," he said. "We gotta drop it because now it's costed too much money."

No Mafia association law in Canada

The issue is complicated by the fact Canada doesn't have Mafia association legislation. That means it is not a crime in this country to be a member of a Mafia organization.

Canada could be considered a place of refuge for some on the run, as this country won't extradite people who are accused only of Mafia links in Italy.

"If the mafia is set up in Toronto it's because the legislative system isn't severe enough," Gratteri said.

For all the complaints from Italian prosecutors about Canada, they do concede that Canadian police are starting to listen and finally understand the consequences of what it means to have the 'Ndrangheta in their midst.

Last month at Quebec's corruption inquiry, an Italian expert on the Mafia said the 'Ndrangheta's presence in Canada is strong.

The Calabrian crime group is less well-known but just as successful financially as the Sicilian group, the Cosa Nostra, said Valentina Tenti, who holds a doctorate in criminology and is doing post-doctoral work in Montreal.

During her presentation at the inquiry, Tenti cited a study suggesting that the 'Ndrangheta made $56 billion from various criminal activities, primarily through the drug trade with Colombia.

"That's almost 2.9 per cent of the gross domestic product of Italy," Tenti said.