Should Canadian journalists assume they're being secretly watched by police?

CBC's Diana Swain interviews Patrick Lagacé, one of seven Quebec journalists revealed this week to have been the subjects of secret surveillance by provincial police.

'You cannot rely only on official truth,' Patrick Lagacé says

Journalists rely on whistleblowers to report wrongdoing, and whistleblowers trust journalists to keep their identities secret to protect their jobs, their families and sometimes even their personal safety. It's a relationship that's fundamental to holding those in power to account.

That's why what happened this week was so remarkable.

Not one but seven Quebec journalists, including some who work for CBC's French-language service Radio-Canada, learned they have been the subjects of secret surveillance by police in Quebec.

The first revelation came Monday, when La Presse columnist Patrick Lagacé revealed that Montreal police confirmed they had been collecting metadata from his cellphone, effectively keeping tabs on every incoming and outgoing call. The data also included phone numbers for incoming texts.

A Quebec justice of the peace had signed 24 warrants to sustain the surveillance, because police were investigating the actions of one of their own officers and wondered if someone was feeding information to Lagacé. The warrants also authorized police to access his phone's GPS to track his movements, though police told him they didn't access that information.

On Friday, Quebec Superior Court Judge Pierre Labrie ordered data collected by Montreal police from Lagacé's cellphone sealed. Police say that information is now on a USB key that's locked inside a vault. The USB key will be sealed and all other copies will be destroyed.

Another journalist watched by police was Alain Gravel, the former host of the French-language investigative program Enquête.

On Thursday, the Sûreté du Québec, the provincial police force, acknowledged it had obtained a warrant in 2013 to secretly monitor the call logs on Gravel's cellphone, every incoming and outgoing call, for the previous five years.

During that time, Gravel was routinely breaking stories about the province's now well-documented corruption in the construction industry. Those stories in many cases were the catalyst for charges, convictions and the province's sweeping investigation of the allegations led by Justice France Charbonneau.

Gravel says he's now getting calls from former sources concerned that police might know who tipped him off.

On Friday, I tweeted out what I believe many journalists were thinking upon hearing the news.

The question for every Cdn reporter today: does routine spying on journalists extend beyond Quebec? And if so, how rampant is it? <a href="https://twitter.com/hashtag/CBCnews?src=hash">#CBCnews</a>

A number of people responded that secret surveillance by police in Canada is something journalists should not only assume but accept.

Goodgodmadge wrote: "Oh come on now, let's not be naive!"

Some investigative journalists do work under the assumption that their conversations are listened to or their emails privately traced. But is there a danger in making that assumption?

The Investigators with Diana Swain

DS: So, Patrick, let me ask you first of all: What has this cost you? To have this level of surveillance of your activities?

PL: A certain loss of innocence, I'd say. I really was living in this fairy tale — where journalists are not special citizens but you cannot spy on journalists as easily as what we've seen in this case.

DS: I'll stop you because some people would say 'Why not?' Why are journalists any different?

PL: Because if you have a judicial surveillance of journalists, with all the means that police can gather in a criminal investigation, quite simply, you might not have any kind of relationship that's significant with sources who will tell you what the real score about issues are. Oftentimes, you know, institutions — and I think it's normal, it's probably human nature — want to propagate their truth. Well, I think that the truth is something that does not always fit on a press release. 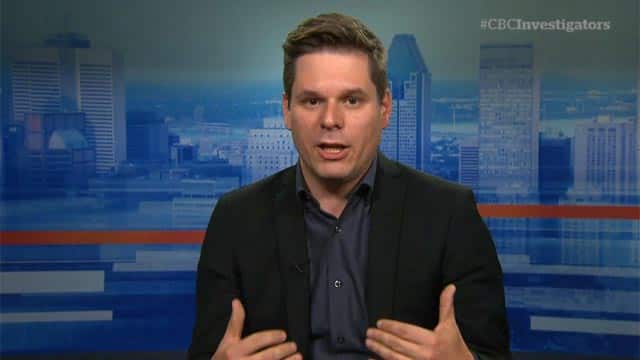 4 years ago
3:46
A Montreal journalist was shocked to learn that police had been spying on him for months. And he's not the only one -- at least six other Quebec journalists found out this week that they were being watched. Diana Swain speaks with Patrick Lagacé of La Presse about why this should concern not just journalists, but all Canadians. 3:46

DS: Tell me what have you learned about the level of detail that was obtained about your pattern of movement?

PL: We have not been able to access what they gathered on me. But what I know is that they accessed my metadata. Hence, the phone numbers that were calling me, that I was calling. Same thing with the text messages. So not the content, if you [will]. That's what we call metadata. But the thing is, with metadata you can track and you can quite see who I'm talking to, who I'm not talking to. And this is very invasive. And for a journalist, it's almost as bad as listening in on my conversations. And they were also able, if they'd wanted — because they got a warrant for that — they were able to basically locate me in real time through the GPS in my phone. Which they say they did not do.

DS: We've focused on journalists, and that's what we've heard about this week. But should Canadians at large be concerned about this? People who are not journalists?

Watch the full episode below: 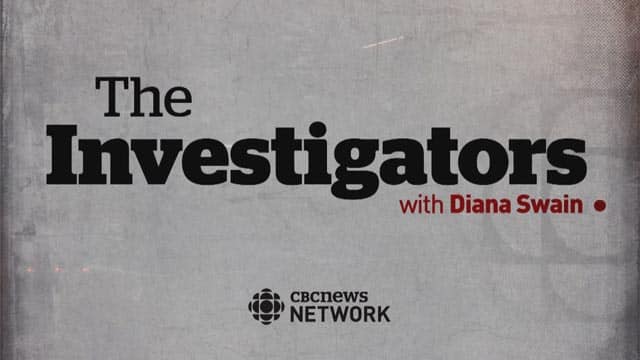 The Investigators with Diana Swain - Episode 4

4 years ago
22:26
Police in Quebec admit to spying on reporters, raising questions about press freedoms. Plus - Diana speaks with a Washington Post reporter about the role of investigative journalism in the US election. 22:26