CBC News has learned about a troubling aspect of the drive to bring Syrians to Canada: professional immigration consultants, in partnership with some refugee sponsorship groups, are charging refugees thousands of dollars in arrangements that critics say are unethical and violate federal rules on sponsorship. 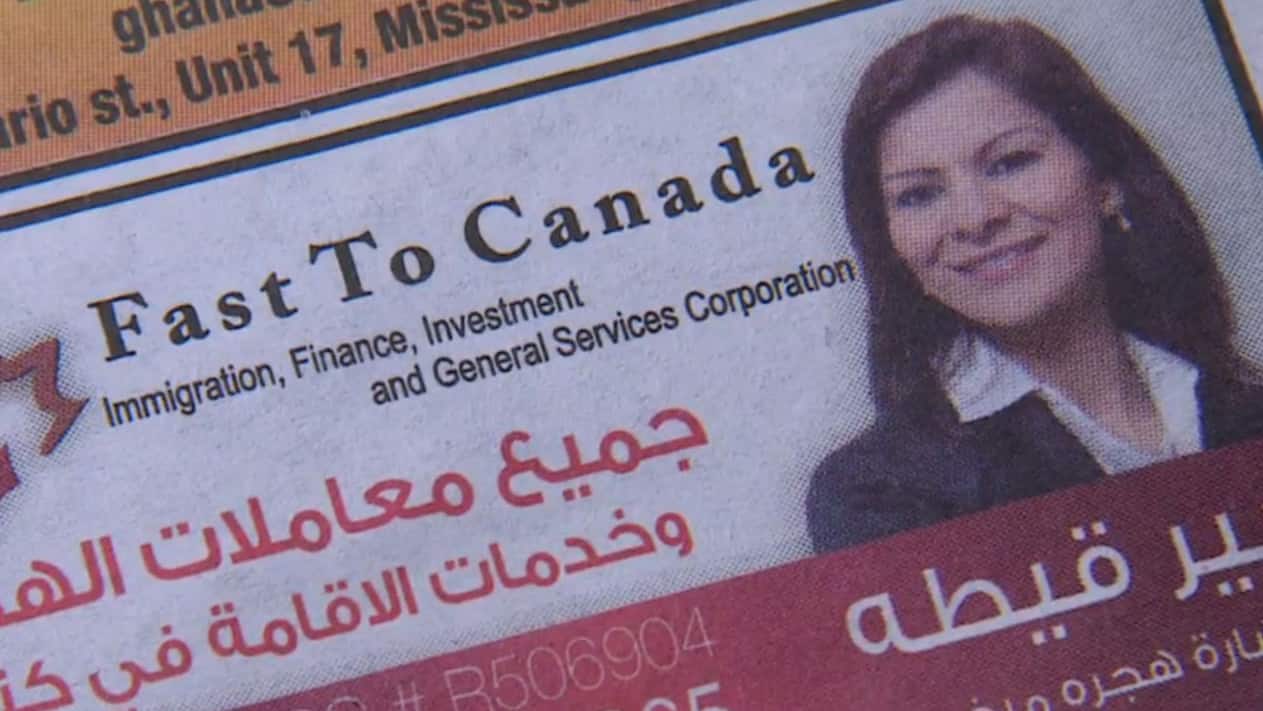 5 years agoVideo
2:16
Canada's immigration minister says he will examine allegations that some people are taking advantage of Syrian refugees 2:16

CBC News has learned about a troubling aspect of the drive to bring Syrians to Canada: professional immigration consultants, in partnership with some refugee sponsorship groups, are charging refugees thousands of dollars in arrangements that critics say are unethical and violate federal rules on sponsorship.

The immigration consultants have been targeting Syrians living in the Gulf states, many of whom are there on work permits and are able to earn a living. In that sense, they are potentially a more lucrative client base than those in refugee camps in Jordan, Lebanon and Turkey.

The consultants advertise on social media and make visits to the region, setting up shop in five-star hotels.

In the case of one such agency, information available online and documents obtained by CBC News reveal that the consultant is not only charging prospective refugees thousands of dollars to process their applications but also asking them to pay the full cost of their resettlement up front, which violates the financial guidelines of the Private Sponsorship of Refugees Program.

"I find it appalling, honestly," said Toronto lawyer Jackie Swaisland, who is part of a network of lawyers, immigration consultants and law students that has helped hundreds of refugees get to Canada without charging for their services.

Canada has resettled more than 26,000 Syrian refugees since last November, about 9,000 of whom are privately sponsored and another 2,225 of whom receive a combination of government and private funding.

Ahmed is a Syrian refugee trying to come to Canada from Dubai. The 35-year-old man, who asked that his name be changed to protect relatives who still live in Syria, has no permanent status in the United Arab Emirates and cannot return to Syria.

"Politically, I am opposite the regime in Syria. I cannot be there," he said in an interview with CBC News.

Like many other Syrians who fled the civil war, Ahmed learned about Canada's plan to welcome 25,000 Syrian refugees last year. He saw an ad on Facebook for a Canadian immigration consultant named Abeer Qita, who runs a Mississauga, Ont.-based company named Fast to Canada (FTC) with her husband.

He met with Qita in a hotel in Dubai to discuss how she could help him get to Canada.

He says she urged him to act fast to take advantage of Canada's private sponsorship program, but the more he communicated with Qita, the more wary he became. 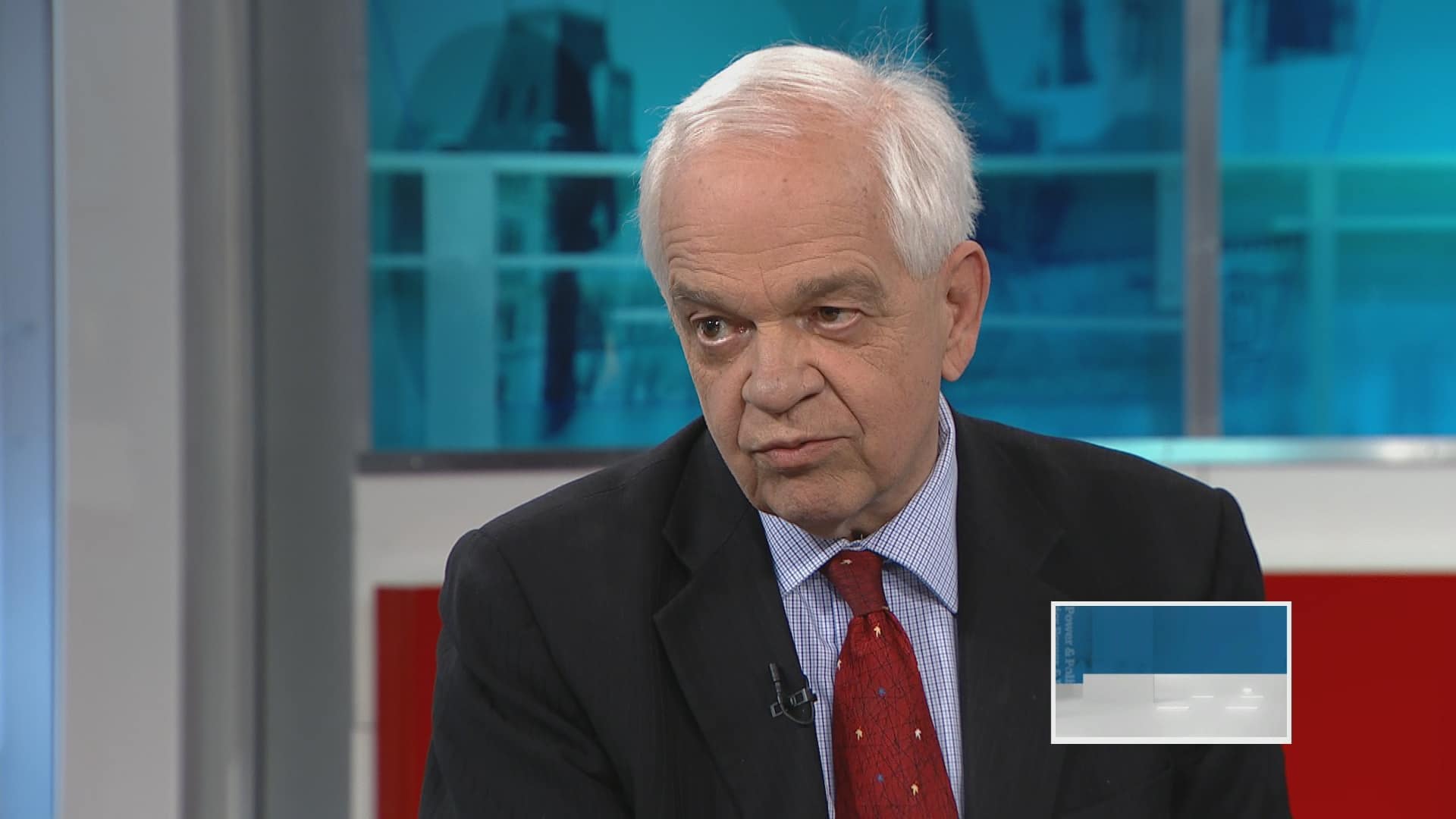 She sent Ahmed a retainer agreement that laid out her $5,000 fee plus a series of other charges. He shared the agreement with the CBC.

Notably, the document requires that refugee applicants pay the full cost of their resettlement prior to arriving in Canada — once their application is assigned a file number by Immigration, Refugees and Citizenship Canada (IRCC). The amount requested ranges from $12,000 for one person to $32,000 for a family of six (corresponding to government estimates of the minimum financial support required from sponsors).

The Fast to Canada agreement specifies that the settlement funds are to be held in trust by the Canada Newcomers & Immigration Association (CNIA) and disbursed in 12 monthly instalments once the refugees are in Canada. CNIA is a non-profit group that provides services to refugees in the Greater Toronto Area and works with designated sponsorship agreement holders to co-sponsor refugees.

Under the private sponsorship program, individuals or groups who want to sponsor a refugee must raise enough money to support them for a year. If refugees become financially self-sufficient before the year is up, sponsors no longer have to support them but do have to keep adequate funds on hand for the full year.

But, according to the IRCC, "privately sponsored refugees cannot be made to prepay or repay their own settlement costs" — nor can they be donors to any trust fund set up by sponsors to cover those costs.

Once in Canada, they are "expected to contribute to their own settlement costs from funds they bring to Canada or earn during their sponsorship period."

Yosief Araya, manager of the refugee sponsorship training program at Catholic Crosscultural Services in Toronto, says the reason refugees can't be made to pay the money in advance is to protect them from being exploited.

The Fast to Canada agreement also says applicants must pay $750 to CNIA (a $500 "donation," which will be refunded if the applicant is rejected; $200 in administrative costs; and a $50 "membership fee").

According to their agreement with IRCC, sponsoring groups cannot charge more than $100 in administrative costs per application.

When contacted by CBC, CNIA said it encourages those who are able to make a donation to do so but does not require it or specify an amount.

"We provide our services only through volunteers," CNIA manager Bashorat Mohammed said in an emailed response. "We sincerely and diligently work for refugees."

The association said that Fast to Canada's agreement with its own clients does not concern CNIA.

It said the money CNIA collects comes from fundraising and contributions from refugees' relatives and friends and individuals and businesses in the community.

"None of Fast to Canada's clients have deposited their settlement funds into our account," CNIA said in an email to CBC News. "Fast to Canada will have to once we reach an agreement."

'We work for profit'

Normally, refugees applying to come to Canada are required only to pay for medical checks and the cost of their travel, and in some cases, these costs are waived or covered by a loan from the federal government.

But in an interview with CBC News at her office in the Toronto suburb of Mississauga, Qita said she is not doing anything wrong by charging refugees and that other consultants are asking thousands of dollars more than she is.

"You cannot offer the service free," she said.

We work for profit. We are not working [for] free.- Osama   Ebid , CEO of Fast to Canada

​Qita said she's currently handling more than 550 refugee applications, mainly for Syrians living in the Gulf states, but it is not clear how many of those have paid the settlement funds and fees she requested. At her current rates, the processing fees could total $2.75 million.

Qita said her services include not just processing the application but also monitoring the sponsorship throughout the first year to make sure her client's sponsors are providing adequate support and that refugees are not resorting to government assistance.

"It is normal for an immigration consultant to charge fees for their time," she said. "The support, the quality of work, the service you're providing those people … this is what makes you special."

Qita's husband, Osama Ebid, stressed that Fast To Canada is a "private company."

"We work for profit. We are not working [for] free," he said.

On the subject of settlement funds, Ebid, who is the company's CEO, said it is CNIA asking for that money and that he did not know whether it was against the rules to do so.

"Those people (privately sponsored refugees from Gulf states), they have — or their friends have — enough money to give it to the association to be able … to cover their living costs," he said.

Ebid later asked, rhetorically, whether Canadians would rather accept poor refugees who have to rely on government support or those who can pay their own way.​

CBC News knows of several other immigration consultants charging fees that range from $3,000 to $6,400 per person, plus thousands of dollars more in "donations" and settlement costs.

While immigration consultants are allowed to charge whatever they want for their services, Swaisland says charging refugees who are fleeing the Syrian civil war thousands of dollars is wrong.

Sometimes, desperate people take risks even if they know that something wrong was going on.- Abdullah

Immigration consultants in Canada are accredited by a regulatory council that oversees approximately 3,600 members. The council's communications director, Daniel Roukema, said he cannot comment on a specific consultant's practices unless a formal complaint has been lodged and investigated.

The council's guidelines say fees "must be fair and reasonable."

"Reasonable fees is something that we expect them to determine themselves," Roukema said.

Any dispute over fees must be resolved in the courts, he said.

Abdullah (not his real name), a Syrian refugee living in Abu Dhabi who has met with three different consultants, considers the consultants' fees high but says that he and other Syrians are desperate enough to pay them.

"Sometimes, desperate people take risks even if they know that something wrong was going on," he said "We search for hope."

The Association of Sponsorship Agreement Holders said it is concerned about reports of dubious practices. The association, composed mainly of church and community organizations that work with local groups like CNIA to privately sponsor refugees, says it has reminded its members that violating the rules of the sponsorship program would void the agreements they have with IRCC.

Since CBC began asking questions, Qita has posted a notice on her company's Facebook page offering to refund the money of anyone whose application is being processed but no longer wants to use Qita's services.

Ahmed said he may put in a request to get back the $500 he paid to Qita before he decided to stop working with her. He is still searching for a way to come to Canada.