Why a pair of tow-truck operators opened Hope's Kitchen, a 24-hour centre for homeless people

'I have a passion for making sure that people are OK,' said North Bay's Katie Valiquette, who runs the Hope's Kitchen drop-in centre for homeless people.

'I don't see it as an incredible act to open our doors,' said North Bay's Katie Valiquette 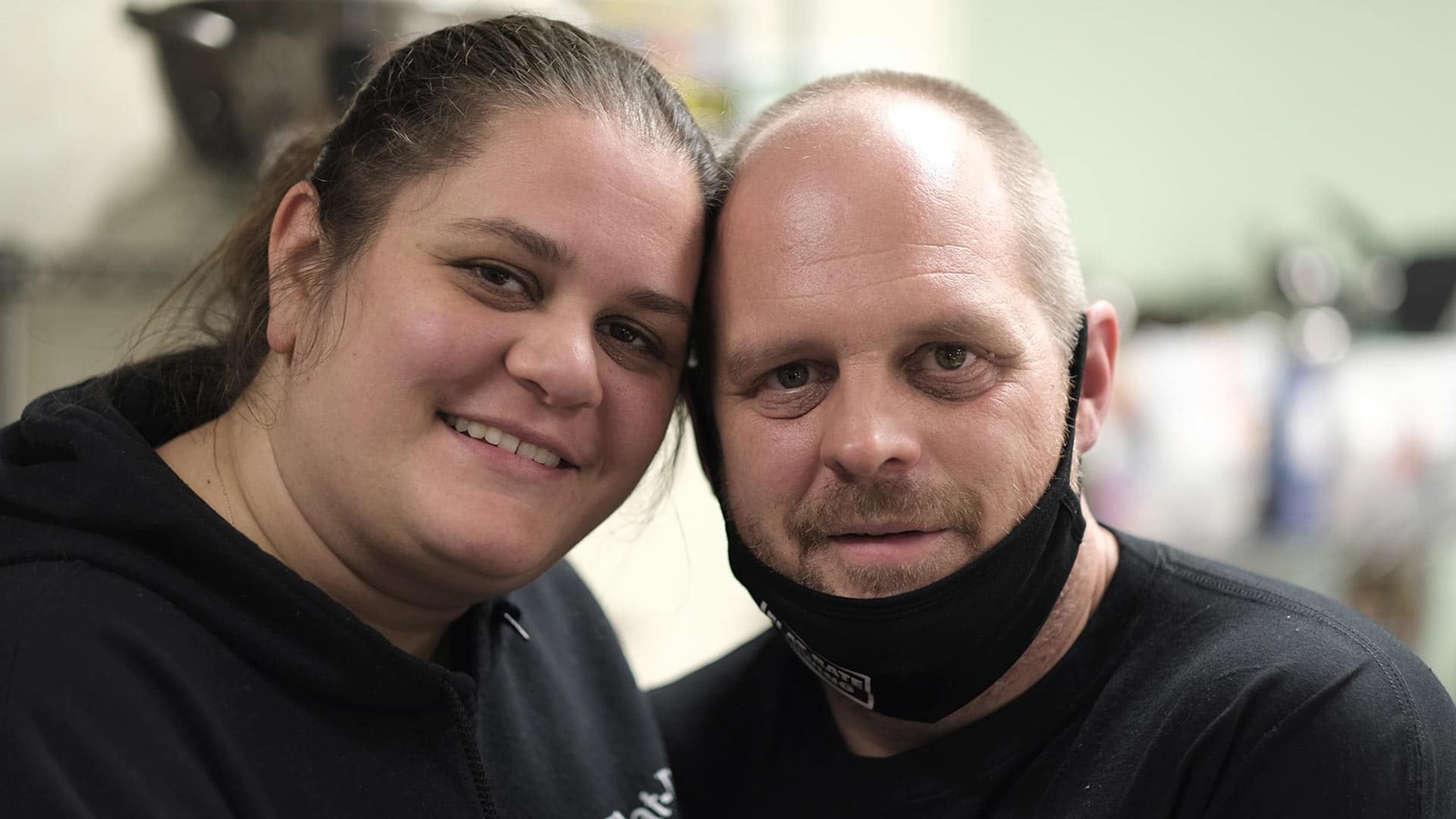 2 months ago
6:24
When the only warming centre in North Bay, Ont., closed in March because of COVID-19, a local couple used their own money to open a new one so there was somewhere for homeless people to warm up and get support. 6:24

Hope's Kitchen began because of the cold and COVID-19.

The pandemic had just begun last March when, fearing the virus would spread among the local homeless population, the city of North Bay, Ont., closed its only warming centre. That night the temperature plummeted to -20 C.

"It left people out on the street overnight without any shelter available," said Katie Valiquette. "When we found that out, it kind of broke our hearts."

Valliquette, 35, and her husband Chris Brown own and operate Flat-Rate Towing and Recovery, a tow-truck company in North Bay — a city of about 50,000.

"So what we ended up doing was opening our garage doors," Valiquette said. "We ran a barbecue out the back door and made sure everybody had a full meal. We had set up chairs inside the garage for a place for people to go and warm up."

Valiquette kept her garage open for two days, until the city reopened its own facility. She and her husband bonded with the 75 or so homeless people she estimates came to get warm.

"We consider them family members. They're our street family," she said. "A lot of them didn't know what they were going to do or what was going to happen, much the same way that none of us did."

Valiquette said she found her calling on those cold nights in the garage, and decided she had to keep helping homeless people in her city.

"We saw how grateful everybody was to have a hot meal," she said. "We got to thinking, OK, how can we do something a little more or a little bit extra to kind of aid things along?"

Valiquette's initial idea was to open a food truck and permanently park it in her driveway. Then one night she and her husband stumbled on an ad to lease a restaurant in town, and Hope's Kitchen was born.

'This place means a lot to me'

The pandemic has had direct effects on those in need in the community. 'Operation Warmth,' for example, a program that for the past 24 years has distributed coats, hats, mittens and boots in North Bay, was cancelled because of COVID-19 physical distancing requirements. (It was later restarted when a location with enough room to ensure physical distancing protocols was volunteered.)

And while the city-run warming centre is again operating, it isn't open during the day. Brown said there are more and more people coming through the doors of Hope's Kitchen looking for help, as it is the only facility in the city open 24 hours.

"Since COVID, we've noticed that the homeless rates have gone up," said Brown. "It's actually quite high for little North Bay. People couldn't afford to pay the rents, because they lost their jobs and some got evicted. So they're on the street."

Josh Firlotte, 20, has been living on the streets in North Bay since February. He visits Hope's Kitchen almost every day.

"This place means a lot to me," Firlotte said. "It's a place for me and everybody else out here to come sit, socialize, warm up, get a drink, get a snack."

On the day CBC News visited Hope's Kitchen, the city forced Firlotte to take down the tent he'd been living in near city hall. Officials argued that the 15 or so tents posed a safety hazard.

"That kind of sucked, because it was going good. I just got it all set up," said Firlotte, who added that he wasn't sure where he would set up next.

It's not all bad news, though — when he stopped by Hope's Kitchen, Valiquette gave him a new pair of snow pants. They were a donation from someone in the community.

"I'm stoked," he said with a smile. "They are brand new, still with the tags, and they are all mine." 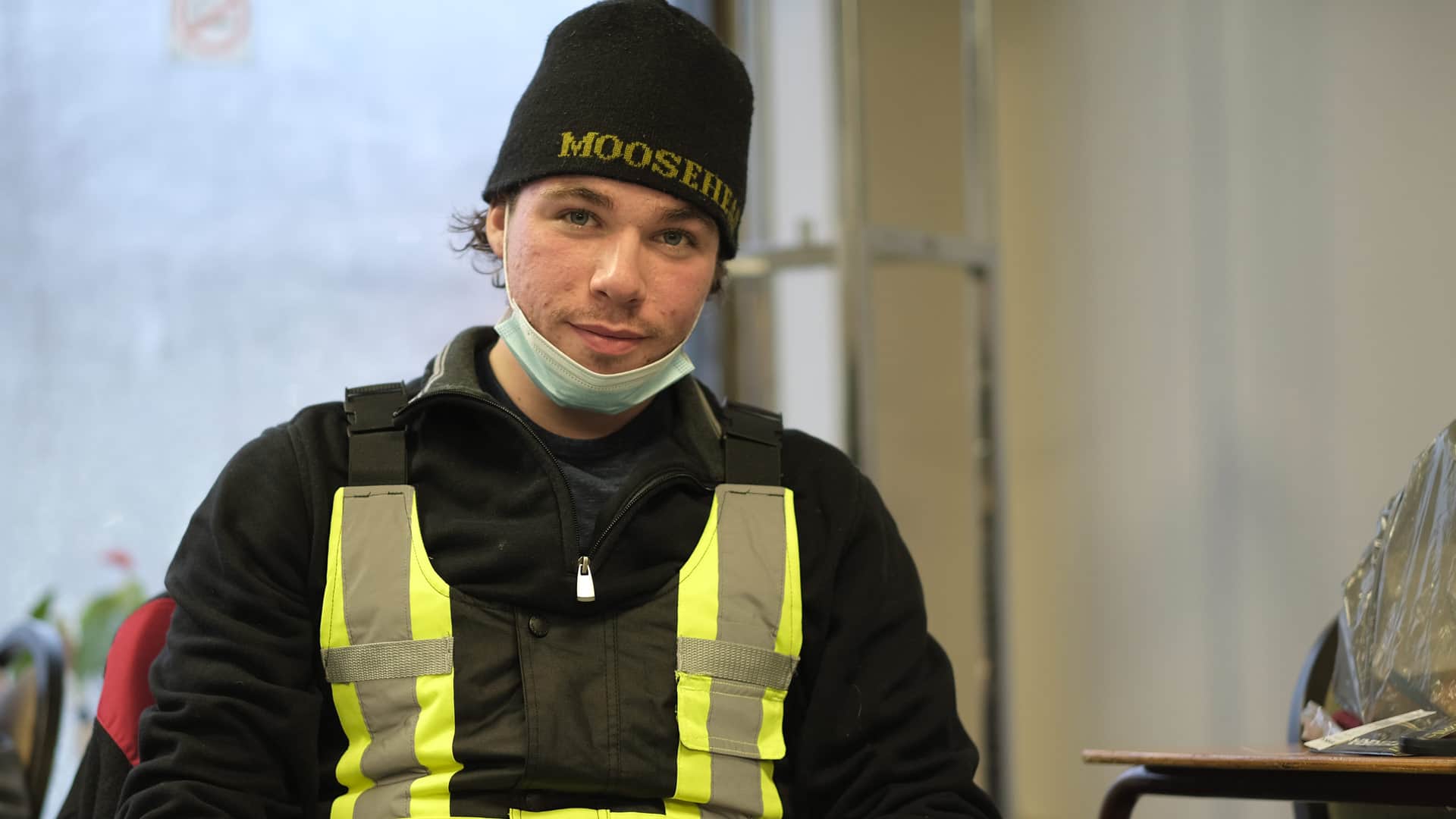 Josh Firlotte is 'stoked' by the kindness of others

3 months ago
0:36
Josh Firlotte has been homeless in North Bay, Ont., since February 2020. He describes his happiness at getting a pair of brand new snow pants through the Hope's Kitchen drop-in centre. 0:36

Hope's Kitchen receives some donations of money and clothing from the public, and Valiquette is trying to get charitable status, but they don't get any financial support from the government.

Since they opened Hope's Kitchen, Brown has effectively had two full time jobs.

"In between tow calls, I'll come here and help out. And then if I get another tow call, I go do my tow call and come back and make sure everything's all right," Brown said.

"And sometimes at night I have to come down here and make sure everything's going well."

The family towing business has been hit hard by the pandemic — fewer people are travelling, Brown said, and that's where the money comes from to keep Hope's Kitchen going. While they get a few donations, Brown estimates he's poured between $35,000 and $40,000 of the couple's own money into the place.

"It does stress me out, yeah. It's a big undertaking," Brown said.

"Our sales are down at our towing business. I mean, we're still keeping afloat, but it's a little bit of a financial strain. But we do it for the people, and just to me, it's only money."

'Homelessness is not a contagious disease'

The money and time Brown and Valiquette have invested in Hope's Kitchen has also helped Jessica, one of their volunteers.

She recently left an abusive relationship in Ottawa and came to North Bay. She had nowhere to go, so she slept in her car.

"I had a really hard time getting help," Jessica said. "I went all around Ontario trying to get assistance, but none of the shelters wanted to take me in because I was from a COVID hotspot."

Even when she found Hope's Kitchen, at first she lied about the fact that she was homeless because she was concerned about the stigma.

"I didn't want to be turned away," she said.

In the end, Jessica was welcomed at Hope's Kitchen and another volunteer found her a place to live. Now she is excited to help others.

"This isn't book smarts — this is real life experience that I have. So I can empathize with these people," Jessica said. 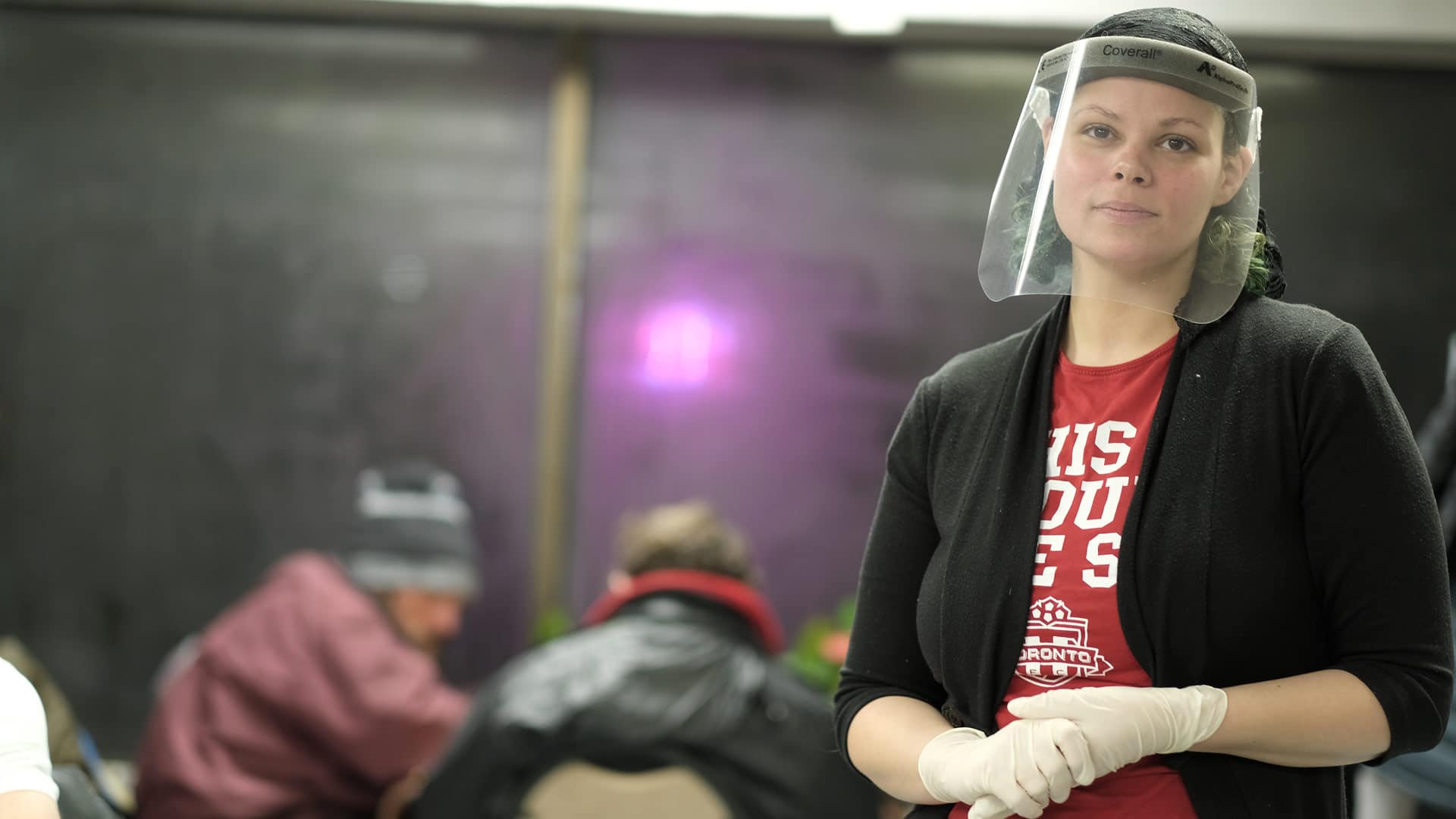 'Homelessness is not a contagious disease'

3 months ago
1:27
Jessica, who was homeless until she found Hope's Kitchen in North Bay, Ont., now volunteers at the drop-in centre. 'Homelessness is not a contagious disease,' she says, explaining how she feels people living on the streets should be treated by others in the community. 1:27

The fact that Jessica found the strength to speak up for homeless people and help others is a testament to the work Valiquette and Brown have done in building Hope's Kitchen … work that never seems to end.

Every evening, the couple makes soup and sandwiches for about 75 people and they take the food to the city's overnight shelter.

Still, even after an 18-hour day, Valiquette doesn't see Hope's Kitchen as anything out of the ordinary.

"I don't see it as an incredible act to open our doors and do these kinds of things. I don't. I see it as this is human," she said. "This is what humanity should be."