Pain, agony and 'years of duress': How hockey wives are fighting back over players' chronic brain injuries

Wives of some retired hockey enforcers are in their own fight, taking on the NHL and commissioner Gary Bettman, seeking an acknowledgement of a link between fights and head injuries on the ice and long-term effects like degenerative brain disease.

Jennifer Belak Liang remembers her car phone ringing as she was picking up her daughters Alex and Andie from school one day in August 2011. It was the agent for her husband, hockey player Wade Belak.

On speaker phone, the agent asked her if she had spoken to her husband that day.

She hadn't. It was the second phone call she received asking that question and it filled her with dread.

"It was awful. I was called by multiple friends … they knew before I knew. But they didn't know what to say," Belak Liang said of the day she lost her husband to suicide.

Belak's suicide was the third death in a cluster of tragic and sudden deaths of NHL enforcers, including Derek Boogaard, 28, and Rick Rypien, 27. All had been tasked with fighting on ice and all suffered multiple hits to the head. There have been other deaths of players since, including Steve Montador and Todd Ewen.

Now, the wives of some of the retired hockey enforcers are in their own fight, taking on the NHL and commissioner Gary Bettman. They want the league to acknowledge there's a link between fights and head injuries on the ice and long-term effects like degenerative brain disease. They also want more support for families struggling with symptoms of traumatic brain injury.

"My husband had CTE. He was showing signs of CTE. He took his own life," said Belak Liang. "It's going to be many more...  It's [an] injustice to everyone else out there, I think, for them not to admit that this can happen."

Wade Belak had recently retired from his 14-year career with the National Hockey League and was in Toronto in the summer of 2011 rehearsing for the show Battle of the Blades — the CBC reality show that pairs hockey players with figure skaters. At approximately 1:30 p.m. on Aug. 31, he ended his life.

After the loss of her husband, Jennifer Belak Liang struggled with feelings of isolation and guilt.

"I was drowning, blaming myself," she said in an interview with The Fifth Estate.

At the time, she knew little of chronic traumatic encephalopathy (CTE), a progressive degenerative disease. Her husband had asked that in the event of his death, his brain be tested for the disease. She fulfilled his wish, and he was diagnosed with CTE.

Since the loss of her husband, Belak Liang, who has since remarried, tries to offer support to others facing tragic loss of loved ones.

As an NHL enforcer who played 14 seasons in the NHL, Belak "knew his role," said Belak Liang. "He didn't love it, but he was fine with it [because] he wanted to stay within the NHL and have his career. 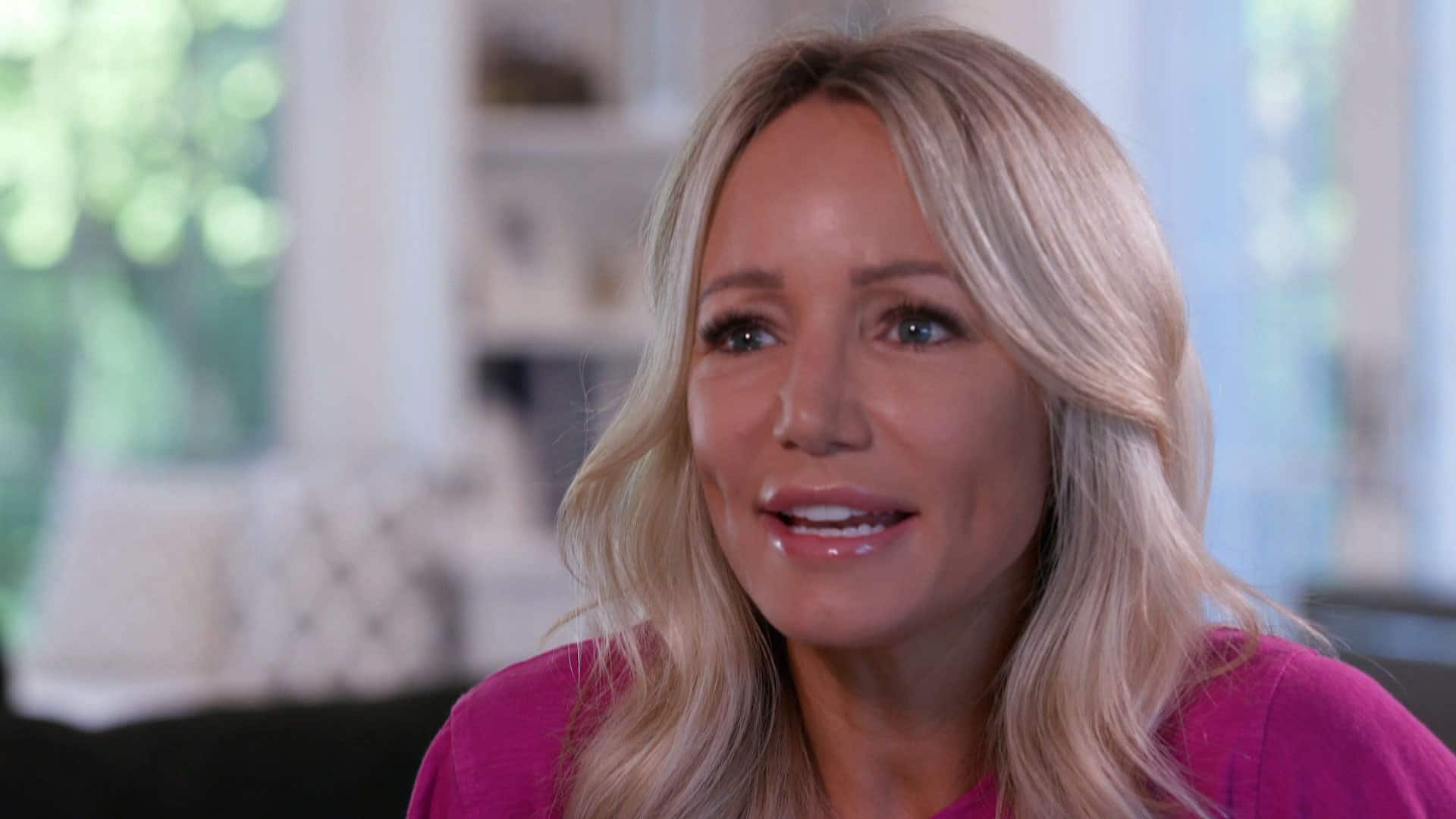 11 months ago
0:35
Jennifer Belak Liang remembers her husband’s happiness as an NHL player 0:35

While many hockey players can make millions during their career, brain trauma and concussions can take a toll, especially for those who played the role of an enforcer — a role now being phased out.

It  was during her husband's last years with the Nashville Predators that Belak Liang noticed a shift in his behaviour.

"It started about five years before he passed. He just got really introverted, really quiet at home. When the kids were screeching or making noises, I could see him not able to handle it, which was not like him."

About eight months before he died, Belak noticed a decline in her husband's memory. He'd use his phone to help remember daily tasks, including taking pictures of groceries he had to buy.

'Through sickness and in health'

Many experts say concussions can often lead to a cycle of substance abuse, depression, memory loss, even suicide.

Daniel Carcillo, 35, from King City, Ont., has won two Stanley Cups with the Chicago Blackhawks, and was known as Car Bomb for his reckless fighting style on ice. He now battles depression and suicidal thoughts.

Carcillo said his wife, Ela Bulawa, has been burdened. "But I think that's what marriage and loving somebody is all about, right? Through sickness and in health."

While he was in his final NHL season with the Chicago Blackhawks in 2015, Carcillo suffered great personal loss: the passing of his grandfather, as well as his best friend and teammate, Steve Montador, who was found to have CTE.

Carcillo, who had seven concussions during his NHL career, wonders if he could become another statistic. "Wade had CTE. Are these reaffirmations that I'm going to have CTE?... "There's a pretty good chance."

Once retired, players can often feel abandoned and without support. Carcillo said he has felt that way. But he's taken steps to heal: functional neurology therapy, acupuncture, proper nutrition and diet. He speaks publicly, often on social media, about traumatic brain injury and the impact it can have.

"I'm very, very proud of Daniel, from where he has been, and where he is now," Bulawa said.

They have started a foundation called Chapter 5, which aims to provide support to retired players and their families, especially players who are suffering post-concussion syndrome, anxiety and depression.

"They put their whole lives into playing hockey and being the best of the best. And once it's over, then what?" said Bulawa. "It shouldn't just be,'Oh, that's it, sorry guys. See ya later.' "

Carcillo and Bulawa have learned to recognize signs of his depression returning, for example sleeping in, impulse control issues, loss of appetite and withdrawal from friends and family.

Todd Ewen played hockey in the era when even after getting rocked on the ice, players were sent back out again. Both he and his wife, Kelli, believed he experienced head trauma because he had symptoms: blurry vision, headaches and sleeplessness.

After playing 11 seasons in the NHL, Todd Ewen retired in 1997. He became a real estate agent, was a musician, patented several inventions and coached the St. Louis University Billikens.

But Ewen was struggling. He became aggressive with Kelli. Depression, memory loss and confusion plagued him.

By 2013, he gave up coaching because he couldn't remember plays and was missing practices.

They wondered if he could have Alzeimher's or Parkinson's disease, but with the loss of Rypien, Boogaard and Belak in 2011, Ewen began to wonder if he could have CTE.  He told Kelli one day that he didn't want to be a burden. At the time, she did not realize the weight of his words.

On Sept. 19, 2015, Kelli Ewen found her husband in the basement of their home near St. Louis. He was 49 when he killed himself.

The Ewen family was contacted by the Canadian Concussion Centre in Toronto asking to study Todd's brain.

"I knew something was wrong. And I thought maybe this is the answer. I read the articles about [CTE]. I could just check off the boxes, just one after another. And I thought this has to be it."

But neuropathologist Dr. Lili-Naz Hazrati at the centre told Kelli her husband did not have CTE. She was devastated and desperate for an explanation and said she asked the doctor to retest his brain, but Hazrati declined.

In 2018, a class action lawsuit between more than 300 retired players and the NHL was settled. Players had accused the league of failing to protect them from head injuries or warn them of the risks involved with playing.

Ewen's negative CTE results were used as an example in the lawsuit of how media hype could lead a person to kill themselves because of fear of having CTE.

Bettman wrote: "This, sadly, is precisely the type of tragedy that can result when plaintiffs' lawyers and their media consultants jump ahead of the medical community and assert, without reliable scientific support, that there is a causal link between concussions and CTE."

Kelli Ewen said she was was extremely hurt, and believed they were using her husband for the benefit of the lawsuit.

The NHL announced an $18.9-million US settlement — $22,000 US per player and medical expense coverage up to $75,000 per person. However, there was no acknowledgement of liability for the players' assertions.

Carcillo refused to participate in the settlement.

Kelli Ewen couldn't live with the results from the Canadian Concussion Centre. She arranged to have samples of her husband's brain sent to Dr. Ann McKee, a neuropathologist and director of Boston University's CTE Center.

Her research, much of which has involved professional athletes, focuses on the long-term effects of all kinds of brain injury, which can include CTE. Currently, CTE can only be diagnosed with an autopsy.

While there is no known treatment, the hope is research from Boston University's brain bank will one day allow the detection of the disease in life, "while there's still a chance to do something about it," McKee said.

In late 2018, McKee revealed her own conclusions to Kelli Ewen, stating her instincts were correct: her husband did, in fact, have CTE.

'It's not about money'

Kelli Ewen filed a lawsuit against the NHL on April 30, 2019, challenging the league's dismissal of  a link between hits to the head during hockey games and CTE . She wants to bring awareness to concussions and CTE and the suffering families go through when they don't understand the symptoms they're seeing with their husbands.

"It's not about money, you know? It's about the pain, the agony, the years of duress," she said.

"I feel like it's the NHL's responsibility to stand up and take care of these players that this great game of hockey was built on; these fighters that gave, essentially, their lives for the NHL. And it's time for them to step up and admit and help them get the help they need." 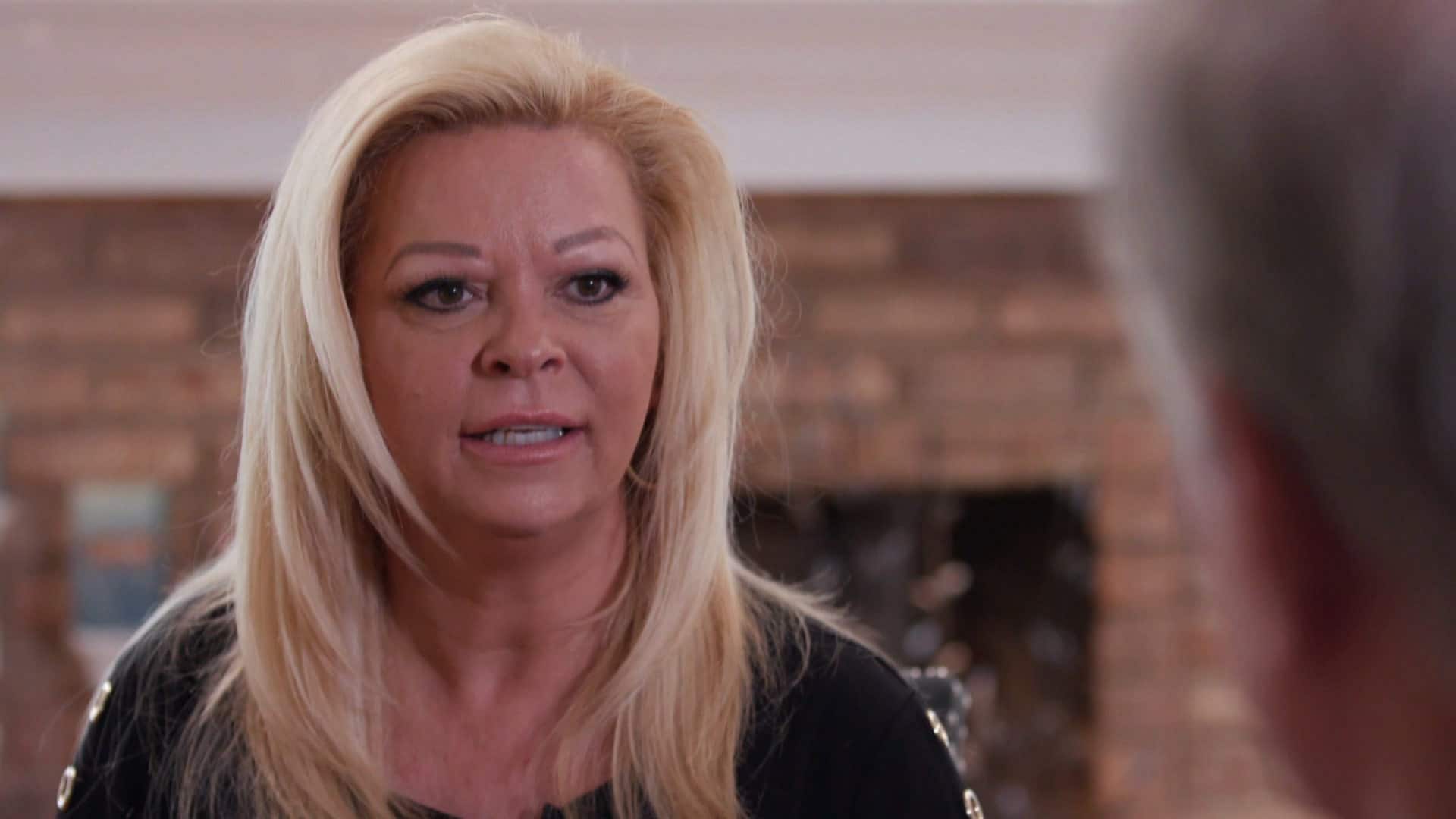 11 months ago
0:45
Kelli Ewen has filed a lawsuit against the National Hockey League 0:45

The day after Kelli Ewen's lawsuit was filed, Bettman appeared before a Commons subcommittee in Ottawa regarding sports-related concussions and safety.

Bettman questioned any direct link between multiple hockey concussions and CTE, saying "in short, I don't believe based on everything I've been told — and if anybody has information to the contrary, we'd be happy to hear it — other than some anecdotal evidence, there has not been that conclusive link."

"Our players like the way the NHL game is played and understand the implications of playing a physical contact sport at the highest professional level in the world," he said.

"At the end of the day we view ourselves as a family, and our resources are available to the members of our family."

"It's crazy to me that they won't admit anything. It's sad," Belak Liang said.

"At least admit it's real," said Ewen. "That would go a long way with a lot of the families."

The Fifth Estate requested an interview with Bettman to address the wives' concerns, but the only response was: "Thank you for your inquiry. We will not be participating."

At a sports conference in Toronto last week, The Fifth Estate's Bob McKeown approached Bettman. All he would say was: "How are you? Nice to see you. I gotta go."