High school students are grappling with classes crammed into quads, quints or even octomesters. Students, teachers and education experts alike are concerned about what impact this abrupt switch to condensed learning will have now and down the road.

Students struggling with classes crammed into quads, quints or even octomesters

After landing her best-ever grade in math last year, high school senior Kamaldeep Dhillon has struggled with the subject this year amid the upheaval brought on by the coronavirus pandemic.

Like other schools across the country, Dhillon's adopted a new system of dividing the year to allow for smaller cohorts attending class in person. Fewer courses are taken at one time, but each daily lesson runs longer. The overall time frame is condensed, and the cycle repeats multiple times between September and June.

"It's been busy, it's been hectic and it's been really stressful," the Mississauga, Ont., teen said of adjusting to the quadmester system, which has divided her normally semestered school year into four blocks.

"We do two, sometimes three lessons every day, and so it's a lot harder to process one thing and then move on to the next thing."

Though she spends three to four hours after school every day on homework and studying for weekly tests, Dhillon said she's worried about her post-secondary aspirations. "Right now I'm a lot more focused on getting a certain grade that's required for programs, as opposed to actually understanding everything that I'm learning," she said.

"If I get into the programs that I want to get into next year, my learning also might be affected in university because I might not have as strong of a background in the [subjects] I'm learning this year."

The COVID-19 pandemic has caused an unprecedented disruption to Canada's schools, with many secondary students now grappling with classes crammed into quads, quints or even octomesters — where the school year is divided into eight blocks, and students take one course per day for about four weeks before moving onto the next.

Students, teachers and education experts alike are concerned about what effect this abrupt switch to condensed learning will have now and down the road.

She tackled history and biology in her first quint, and it became "very overwhelming, very quickly." It was difficult to keep up with assignments, she said, adding that along with academic struggles, her mental health suffered.

"That first quint was extremely overwhelming in terms of how much information I was expected to be able to retain — and that was even with my teachers cutting a lot of things, because they knew that they didn't have the time to teach us all of it," Salamon said.

"It was just way too much. If you asked me to take my biology final today, I don't think I would pass it because I retained so little information from my class."

Public health directives for physical distancing may have forced school officials into adopting these block schedules, splitting the school year into many pieces, but Canadians should be aware that these changes can throw everyone off and be detrimental to student achievement, said education consultant and researcher Paul W. Bennett.

"The school schedule and the daily timetable are the grammar of schooling. They're the structure around which everything else is organized, so any change — even a modest change — has real consequences for teachers and students," he said.

Halifax-based Bennett has a host of concerns about block schedules, including difficulty in sustaining students' attention and focus during these longer in-class sessions, teachers who aren't able to adapt their methodology and too many breaks in the school schedule.

"The truth of the matter is they're not covering nearly as much of the subject content. And over time, that tends to degrade the quality of education," he said.

Bennett said he's also worried about what will happen in courses scheduled for the final learning block of the year, when school is typically beginning to wind down. "To start a new period of learning at that time is not recommended.... The bio-rhythms of school are really ingrained. So you can change the schedule, but you can't change the culture, the behaviours."

While these condensed schedules may be justified for a short period, Bennett said he doesn't want to see them become permanent, arguing that students will be forced into living with an imperfect decision made in a crisis situation.

"They've missed out on the last half of their previous year essentially ... there's a learning gap or learning loss there. Now they're being thrust into a program with different organizational models, and they're being expected to not only catch up on what they've missed but to maintain the standards and make themselves eligible for university," said Bennett, whose recent book The State of the System looks at critical issues facing K-12 public schools across Canada.

"It's probably not going to work, and I am very fearful of the impact on what is coming to be called the pandemic generation of students."

Even before COVID-19, there were schools that divided up their year into multiple blocks, and some students benefited from those intensive models, said Marina Milner-Bolotin, a science educator in the department of curriculum and pedagogy at the University of British Columbia.

"Some students like it ... because it allows them to focus in more depth and not to spread out to so many subjects," she said, explaining that she's had students "find their passion" through more intensive study. "You can invest more deeply into any subject that you focus on."

The kids who will flourish in a block system are those who "will learn, who know how to do it, whose parents can support them, who are more resourceful, who'll talk to the teacher and say, 'I need help here or there.' Those kids will blossom." she said.

Milner-Bolotin said, however, that many students may fall behind with condensed schedules. She said she's concerned whether students have time to digest what they're learning and whether learning gaps could develop — for example, if a high school student has math at the beginning of one year and doesn't return to it until the very end of the next.

"We should not be asking, 'Is semestered better than quarters?' In my view, we should be asking what pedagogy can make semestered effective or can make quarters effective. What are the benefits and the drawbacks?" said the Vancouver-based educator, who has taught students at elementary, secondary and university undergraduate levels, as well as in-training and in-service teachers.

"With any teaching method, there is no perfect one."

WATCH | How teachers must adapt their classes for quadmesters: 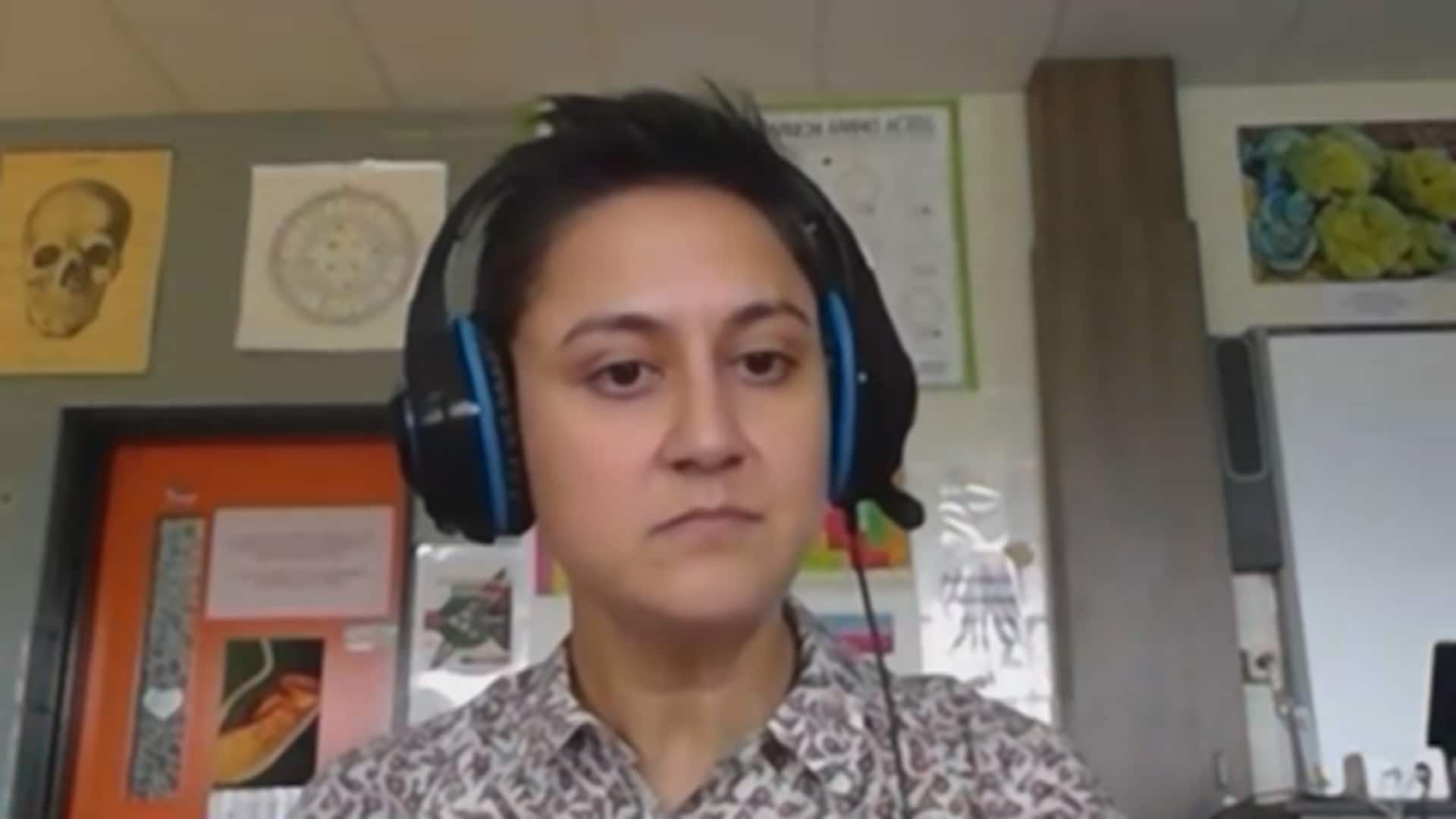 5 months agoVideo
1:49
Science teacher Tasha Ausman says the new quadmester system for high school students, in which classes are delivered in four-hour blocks, will require teachers to adjust their strategies to make sure students don’t fall behind. 1:49

Milner-Bolotin said the pandemic has created a whole new learning environment to which educators have been forced to adapt. But they must also renew their focus on connecting with and supporting students, including paying increased attention to mental health, she said.

"We're focused as if school is only to learn math and science and English and other things.... We take for granted the socialization of students."

Toronto high school teacher Vanessa Mo, who is teaching Grade 10 math and Grade 11 biology in a quadmester format at Bloor Collegiate Institute, can attest to the new set of challenges teens are facing this year.

Mo said they're struggling to process what they're learning — despite the fact that her students are engaged, highly motivated, high-functioning learners who were excited to return to school this fall and even after she and colleagues had adapted their approaches and developed more engaging, hands-on activities.

Teachers also have little time to connect with students, Mo said. Having fewer students in her classroom ostensibly means they have more opportunities to ask questions or seek clarification, but because of the time crunch, she said, students are not doing so.

"They don't feel that they want to ask as many questions as they would typically — for clarification or for enrichment — because they don't want to spend more time on it than they have to, because they know how much material we have to get through."

In the spring, there was a flurry of attention on how graduating students were being affected by the pandemic and, this fall, people have been focusing on what elementary students are facing. But Saskatoon senior Bridget Salamon said she feels that what she and her high school peers are going through has been largely ignored.

"No one's really doing anything for us to try to make it a nice high school experience.... It just sort of feels like we've been forgotten."