On Wednesday, Karim Baratov's neighbours were stunned to find out the man they’d puzzled about was a target of a U.S. Department of Justice investigation into international data hacking.

In the middle of the well-heeled Meadowlands community in Ancaster, a young man lived alone in a large, three-bedroom house. He kept to himself, neighbours said, except for a few house parties a year and the times when he'd parade one of many high-end, colourful cars through the quiet subdivision streets.

This week, that street in tony Ancaster, a Hamilton suburb, became a place of international intrigue.

On Wednesday, neighbours learned the flashy man they had puzzled about, Karim Baratov, was a target of a U.S. Department of Justice investigation into international data hacking.

They learned the news just as about a dozen news trucks and reporters rolled up in the slushy snow. Some neighbours declined to talk to reporters, saying they didn't want to go anywhere near a story involving Russian spies.

Baratov was arrested the day before, so the neighbours saw the police cars, but Wednesday, many of them learned for the first time what their neighbour was alleged to have been up to inside.

"We guessed, 'What did he do? Maybe sell cars?'" said Amanda Liu, who lives next door. "Or maybe he sells (houses)? I don't know."

The United States announced charges Wednesday against a dual Canadian-Kazakh national, two Russian intelligence officers and a fourth man, accusing them of a massive data breach at Yahoo that affected at least a half billion user accounts. 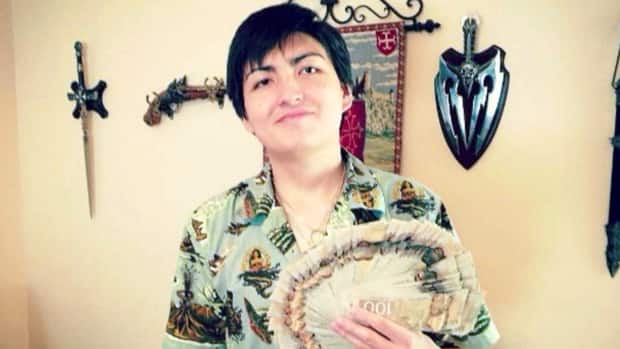 4 years ago
2:18
The United States announced charges against a dual Canadian-Kazakh national and three others with ties to Russia, accusing them of being the culprits behind a huge data breach at Yahoo 2:18

The hack targeted the email accounts of Russian and U.S. officials, Russian journalists, and employees of financial services and other businesses, officials said.

On the street where the Canadian man lived, neighbours said Wednesday he didn't talk to them, but he was hard to miss. The street's giant homes in shades of beige and brown in one of Hamilton's most sought-after communities for wealthy families are not the typical starter home for a 22-year-old.

That location, along with social media accounts showing Baratov with the fancy cars and spreading handfuls of $100 bills, painted a picture of a guy eager to show off his wealth.

On Monday, they saw a for-sale sign go up in front of his house. (An online listing announces an asking price of $929,000.)

Then Tuesday, the cops came and the for-sale sign went down.

Wednesday, his front door had an external lock hanging from the handle.

'Getting money from somewhere else'

Kerry Carter lives two doors down. She said he'd play with a crossbow in his backyard, which worried her, thinking about kids nearby and her dog.

The 22-year-old's lifestyle puzzled them, neighbours said. Carter said Baratov's parents came by the house every so often and took care of the yard.

Neighbours knew he was into computers, but how was the man able to afford to live alone in a large, new house in an expensive subdivision, and to drive up and down the street in fancy cars?

"His parents either bought him the house, or he's getting money somewhere else, because he doesn't seem to work all day; he just drives up and down the street," Carter said.

Online and in real life, Baratov was fascinated by cars, posting pictures of Aston Martins, Audis, Mercedes and BMWs, among other cars that he claimed to own.

Liu said it was hard to keep track of all the colours of the "fashion cars" he was into – she thinks he was having them "wrapped" every so often.

He had at least three, she said. "Blue one, yellow one, red one, black one – he always kept changing."

Liu said the neighbourhood, otherwise, is "very quiet," with kids playing hockey outside in the streets.

With files from Matthew Braga and Associated Press