More than 100 migrant farm workers from Trinidad and Tobago are stranded in Haldimand and Norfolk and can't return home because of COVID-19 concerns.

'I don't think they're going to let anyone go home this winter,' says farmer with 100 employees from Trinidad

More than 100 migrant farm workers from Trinidad and Tobago are stranded in Haldimand and Norfolk and can't return home because of COVID-19 concerns, says the area's medical officer of health.

Consular officials are trying to sort out the issue, which includes a requirement for testing before the workers can leave Canada, says Dr. Shanker Nesathurai, medical officer of health with the Haldimand-Norfolk Health Unit.

"I am very concerned that their return to home is being delayed by these administrative rules related to COVID-19," he said during a media update Monday. "It's obviously concerning to the entire public health service."

Nesathurai estimated more than 100 workers are affected in the two counties alone.

Syed Hussan, executive director of the Migrant Workers Alliance for Change, said the number likely jumps to "hundreds" across the province, though an exact figure is difficult to pin down.

"These workers don't have access to income supports. Many of them have to either pay rent or for food while they're stuck here, and the federal government is ultimately responsible for ensuring that they get their rights and benefits," he said.

"It's imperative that the government take swift action to ensure that the workers … stuck in Canada both have money to feed themselves, to take care of themselves and are able to reunite with their families at the soonest."

Employment and Social Development Canada is aware of the situation and is working with other federal agencies, local authorities and consular officials to return the workers to Trinidad and Tobago as soon as possible, according to a spokesperson.

That effort includes ensuring access to the housing and income supports they're entitled to, wrote Isabelle Maheu in an email.

"If necessary, the Government can consider options on allowing the workers to apply to extend their immigration status, be covered by health care and other services and, if required, get access to various support while they remain in Canada."

A woman who answered the phone at the labour liaison branch at the Consulate General of Trinidad and Tobago in Toronto said no one there was able to immediately answer questions about the situation. 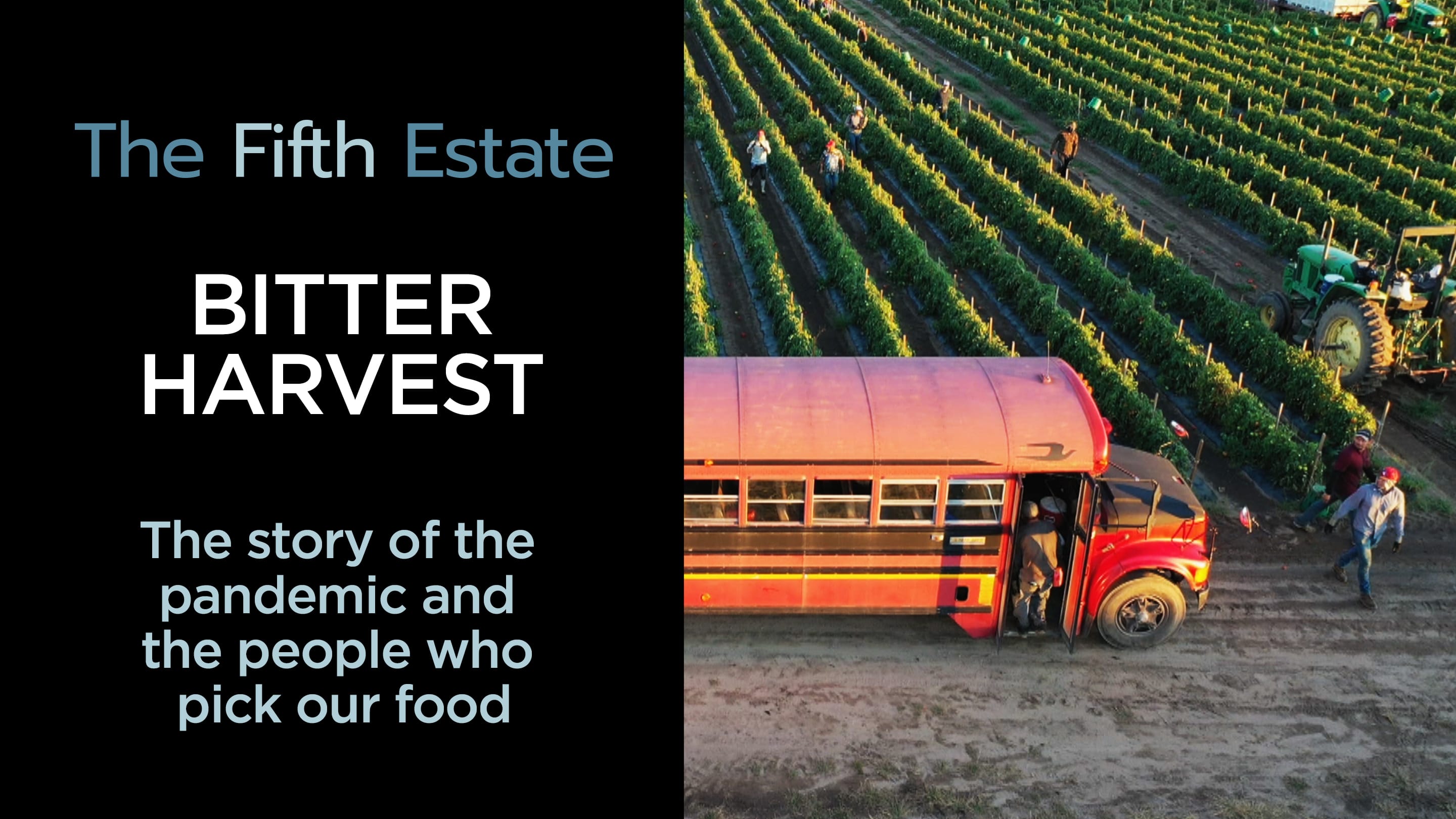 Bitter Harvest: The story of the pandemic and the people who pick our food

2 months agoVideo
45:09
An exploration into the failed policies of government when it comes to protecting tens of thousands of workers Canada imports each year from abroad to grow and harvest fruits and vegetables. 45:09

Nesathurai said the health unit has been in contact with consular officials and shared its perspective on how the workers could be safety repatriated.

The government of Trinidad and Tobago has set up a number of administrative processes for migrant farm workers because of concerns about COVID-19 spreading in their country, he said.

While the repatriation of the workers is a federal responsibility, Nesathurai said local farmers also have a role to play.

"Owners and operators of agricultural enterprises, I think, acknowledge that they have a responsibility to keep their workers safe and the health unit will continue to advocate for safe housing for these individuals," he said.

"We are concerned about overall making sure that the housing is sufficient for people living during the colder times of the winter."

Brett Schuyler, who owns Schuyler Farms near Simcoe, employs about 100 workers from Trinidad. Only one has managed to make it home this month.

Schuyler said some have already applied for employment insurance benefits. The government will have to extend their work permits somehow, he said, since those are set to end on Dec. 15.

Anyone who does make it onto a flight list needs fresh results from a COVID-19 test taken within 72 hours of the flight, he said. That's also hard to orchestrate.

"We're providing work where we can," he said. But "I don't think they're going to let anyone go home this winter."

Should be 'at home with their families by now'

Schuyler said his bunkhouses are winterized, and he's not charging the workers rent. Most were supposed to leave in mid November.

"In a normal year," he said, "they'd be at home with their families by now."

Hussan said some workers on Ontario farms were infected over the summer, or were forced to quarantine becomes of outbreaks, and that caused them to miss flights or specific timelines on their documents, which left them stranded.

He also shared concerns about the coming colder weather.

"These are the people who grow our food and take care of our communities that are being left in the cold instead of being provided their rights including income, including decent housing, including swift action to ensure they're able to return home."