Occasional teachers have concerns as classes are set to open. They'll be allowed to teach in multiple schools during the pandemic. An epidemiologist says that's a bad idea.

If COVID-19 outbreaks occur in schools, occasional teachers could help spread the virus

Vanessa Romphf has a lump in her throat and a pit in her stomach when she thinks about next week — it's the week schools open.

Normally, she loves being able to help students as a supply teacher, but now she worries her job, which usually sees her work for multiple school boards and schools, could get her sick or pose a risk to students during the COVID-19 pandemic.

She doesn't know enough about her role one week before she and others are set to start teaching.

The unknown has Romphf and others questioning if they'll even teach this September.

It's one of the concerns school boards are managing as they look to start a new school year.

Both of Hamilton's school boards have different approaches to supply teaching.

The public board told CBC it is offering about a day-and-a-half of paid training for occasional staff on school reopening and occupational health and safety.

"We did not limit or assign occasional staff to specific schools to work knowing we opted to provide proper training to all occasional staff in advance and we know who and where they are within the buildings when the pick up work," Jamie Nunn, superintendent of human resources at Hamilton-Wentworth District School Board, said.

"I am mindful that many of our occasional staff are potentially working for other school boards as well."

HWDSB also received $1,536,017 from the province for supply and non-permanent staff and is planning how it will spend that money.

Barry Naidoo, president of the Hamilton-Wentworth Occasional Teacher's Local for elementary schools, told CBC he is "concerned" about everyone's health and safety, but didn't detail any specific worries.

"It will be up to the casual/OT staff member to accept or decline any calls," he said.

The Catholic board, meanwhile, will put limits on where supply teachers can work.

"Although the plan hasn't been completely finalized, we're looking at assigning occasional teachers to as few schools as possible, in some cases, maybe one," Pat Daly, chairperson at Hamilton-Wentworth Catholic District School Board, said.

In long-term care homes, personal support workers (PSWs) were able to work between residences. It was a vector for COVID-19.

Colin Furness, an epidemiologist with the University of Toronto, told CBC long-term care homes have a much deadlier risk profile than schools but allowing staff to move from school to school or board to board is the same principle and a "bad idea, no question."

"If COVID gets into one school this becomes a very easy vector for it to be able to cross into another school," he explained.

Limiting movement of teachers is key

"Our guidance already says to school boards that those supply teachers or occasional teachers really need to be, to the extent humanly possible, focused on one school or a small limit of schools," he said. 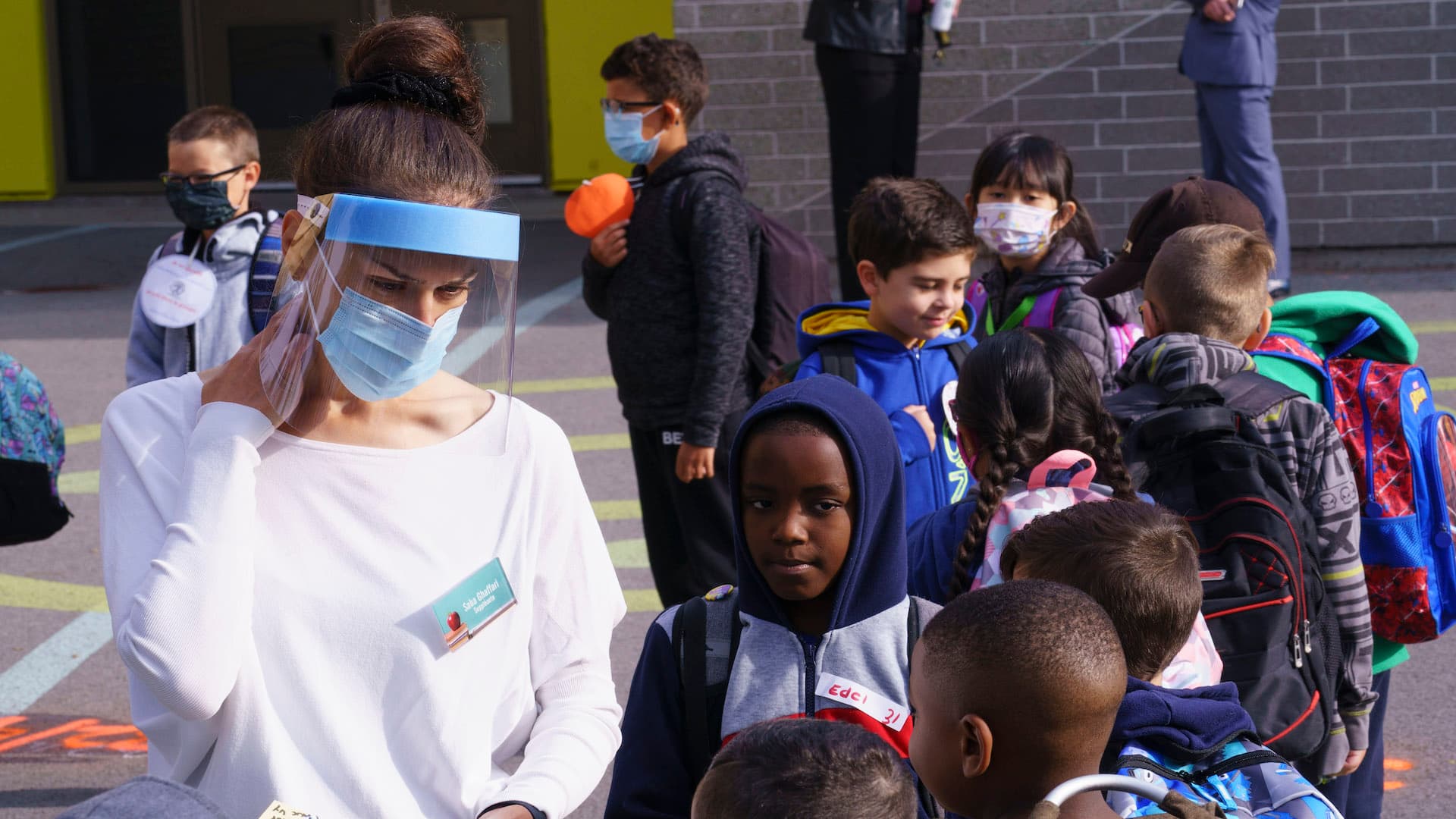 3 months agoVideo
2:52
Montreal supply teacher Iain Childerhose says the prospect that he will transfer COVID-19 from one school to the next 'makes me a little bit scared.' 2:52

"It's the question of trying to minimize impact but also minimize the number of teachers going place to place and I would couple that with enhanced testing of teachers," he explained.

Furness added that teachers should be tested frequently.

'I want to teach, but I need to live'

Romphf said she'll try to limit her own options, but without equitable rules in place, it isn't that simple. Educators still need to make money.

Hope Smith, an occasional teacher in the District School Board of Niagara, told CBC, staff like her are having to choose between their health and their income.

"If I try to limit my own self, I will maybe work once or twice a month whereas before I would be working five days a week."

She wonders how school boards are going to be able to properly contact trace if she is able to move between schools with the same freedom as before.

It's something Smith is especially worried about knowing that her 18-year-old son has a weaker immune system.

"They're saying the kids won't get sick, but I will — and if I do, my kid has nothing to fight it," she said.

Smith has considered moving out while she teaches, but said she doesn't have the money.

Both Romphf and Smith say they both love teaching and the boards are doing their best — but the province needs to step up.

"We are at tremendous risk," Smith said.

With files from Lauren Pelley