It was a tornado that tore through a section of Flamborough Wednesday afternoon, leaving a a towering tree snapped off at its roots, a barn roof torn to pieces and a truck tipped over on its side in its wake.

EF1 tornado had peak wind speeds of 150 km/h, according to Geoff Coulson 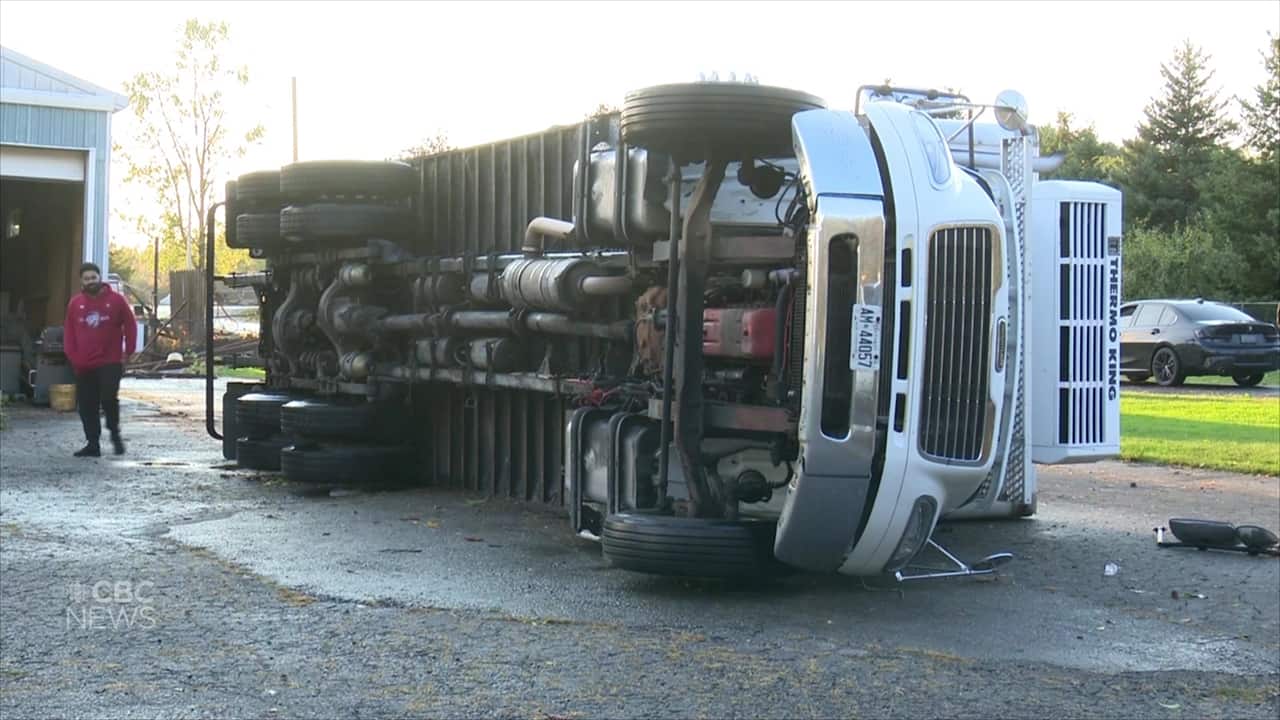 Something did a lot of storm damage in Flamborough, but was it a tornado?

22 days ago
0:36
Environment Canada is aware of the damage along Brock Road and working to determine whether it was a tornado or microburst that left so much wreckage behind 0:36

It was a tornado that tore through a Flamborough farm Wednesday afternoon, leaving a towering tree snapped off at its roots, a barn roof torn to pieces and a truck tipped over in its wake.

An assessment team from the Northern Tornadoes Project out of Western University has confirmed a tornado with peak winds of 150 km/h hit a farm near the corner of Brock and Safari roads around 4:30 p.m.

"There was a very short-lived, intense storm that rolled through a farm to the northwest of Hamilton," explained to weather preparedness meteorologist Geoff Coulson, adding it caused a "fair amount of damage."

The tornado was ranked EF1, according to the expert with Environment Canada.

EF is short for Enhanced Fujita scale, a ranking system for tornado intensity that runs from zero to five, which is the "most devastating," said Coulson.

The tornado that touched down in Flamborough was about 700 metres in length and had a maximum width of about 100 metres, he added.

No one was hurt by the damage of the flying debris the tornado tossed in the air.

"We have a similar weather setup over southwestern Ontario today," said Coulson. "We could see more in the way of localized heavy rain, gusts of wind and again the potential for some of the gusts of wind to be damaging in nature."