Stable workers in Ontario taking loving care of their horses, a new survey from Brock University says, are among the lowest paid workers in the province.

1 in 4 stable workers is being paid less than minimum wage, survey says 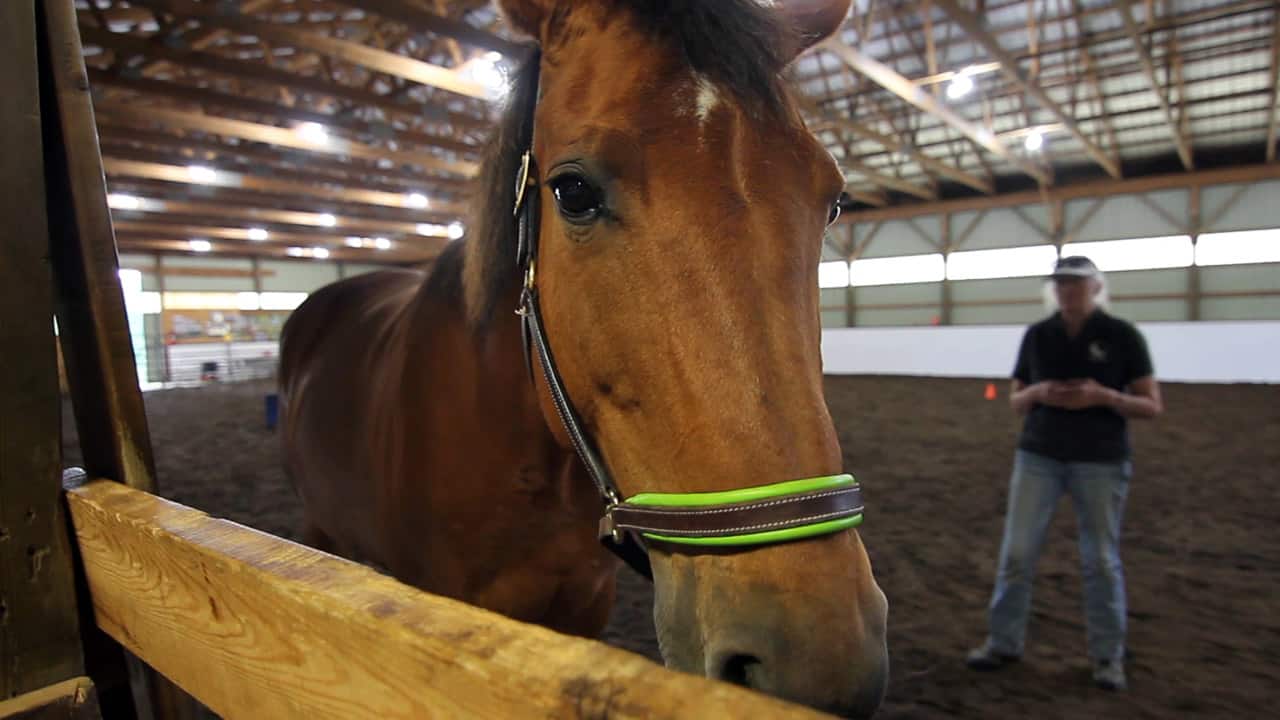 People who work with horses in Ontario, the stable workers who take loving care of graceful and powerful animals, don't enjoy, according to a new survey from Brock University, particularly stable work.

Low pay and long, unpredictable hours, the survey says, come with the job.

Dr. Kendra Coulter, an associate professor at Brock and chair of the school's labour studies department surveyed about one thousand stable workers. Her research, the first of its kind in Ontario, was released Thursday.

She spoke with the CBC's Conrad Collaco about what Ontario's stable workers told her about their jobs.

What did you learn about what work is like for stable workers in Ontario?

The thousand people who completed this survey — this is quite a valuable pool of data — it allows us to better understand some trends that people know are happening informally but has also identified some areas of common concern and possibility. In terms of pay, the picture is very mixed. On the one hand you do have a number of employers who are paying what is closer to a living wage which is calculated to mean what people actually need to live a very modest life. On the other side there are about a quarter of workers who are being paid a minimum wage, and that we know now will be frozen at $14/hr for at least the next few years.

There was a troubling similar number of people, about a quarter, who were being paid below the minimum wage. This is compounded by what may be some employee misclassification, potentially identifying employees as independent contractors which downloads a number of costs on to the workers. It's a very mixed picture.

How are workers being paid less than the least amount allowed per hour by law?

It's probably cash payments. This is not unique to Ontario. This is a global pattern within horse stables. It is expensive to run a horse stable. There are many costs for feed, equipment, for veterinary care, etc. We want to make sure the legal minimum guaranteed to workers, which is very low, and something like the employment standards act which governs working conditions — stable workers are excluded from even some of the most basic protections that are afforded to  workers.

The legal guarantees for most workers are thin. For stable workers, they're even thinner. We want to make sure that at least that legal floor is being met. This work force is very hard working. They are working very difficult hours 365 days a year, 24/7 in all kinds of weather and the quality of their working conditions is directly connected to the quality of care they can provide to horses. This is about the well-being of people but it is also about the well-being of those horses.

How hard is it to do those jobs?

It's physically demanding. it's all about multi-tasking. You're constantly on the go. It's early hours. It's late hours. There are no holidays, no public holidays. Workers are not given public holidays off. When they do work overtime they are not given time-and-a-half. That's in the employment standards act.

At the same time you're working with this incredible species of animal who have particular patterns. The public sometimes thinks of stable staff as "unskilled" which I categorically reject. Stable workers need highly technical knowledge about horses. Horses are individual and stable staff need to get to know individual horses. Horses have a lot to say to us. Turn over is one of the biggest challenges.

Some people are staying in the industry three, five, ten, sometimes 20 years because of that love for horses but turnover is still a challenge. If you decrease turnover people will stay in stables for a longer period and will get to know individual animals in more detail. That benefits the horses.

What else did the survey tell you?

There's a shared love for horses. Whether you are an employer or an employee this is what motivates people into these industries. It's what sustains them. It's why people are working with horses. It's a love, fascination and respect for these quite remarkable animals who do so much and so many different things we ask of them.

There was also a shared interest in stronger animal cruelty legislation and more investment in enforcement. This is something I was very pleased to see. Horse people spoke loud and clear. They think the animal cruelty legislation is inadequate. They want to see stronger laws and enforcement and for crimes against horses to be taken more seriously.