An overwhelming demand for canine companions during the pandemic has some rescue groups worried about an influx of unwanted dogs in the future.

40% of dogs sold on Kijiji will end up in shelter system, says rescue group

A pair of dog rescue organizations in Hamilton say there's been a surge of interest in canine companions during the COVID-19 pandemic, and they're worried what that might mean for the future.

Karlene Shaffer, the adoption co-ordinator at Ugly Mutts Dog Rescue, expects there will be a "stream" of dogs heading to rescues and shelters when the pandemic comes to an end.

"I suspect people bought puppies or rescued dogs that need work, and they don't know what they got themselves into because of disreputable sellers and backyard breeders," she said.

"We'll see an influx of dogs that they've had for a few months and they can't handle."

Shaffer said she hasn't seen an increase in people surrendering their new pets yet, but she has seen first hand the inexperience of some people who bought a dog amid the pandemic.

"We just had a dog that we brought in here, it was a six-month-old lab," she said. "They got it from a farm and they didn't know she was going to grow. She was eight-weeks-old when they got her. At six-months-old, she's 60 pounds and they're terrified of her and keeping her in a crate." 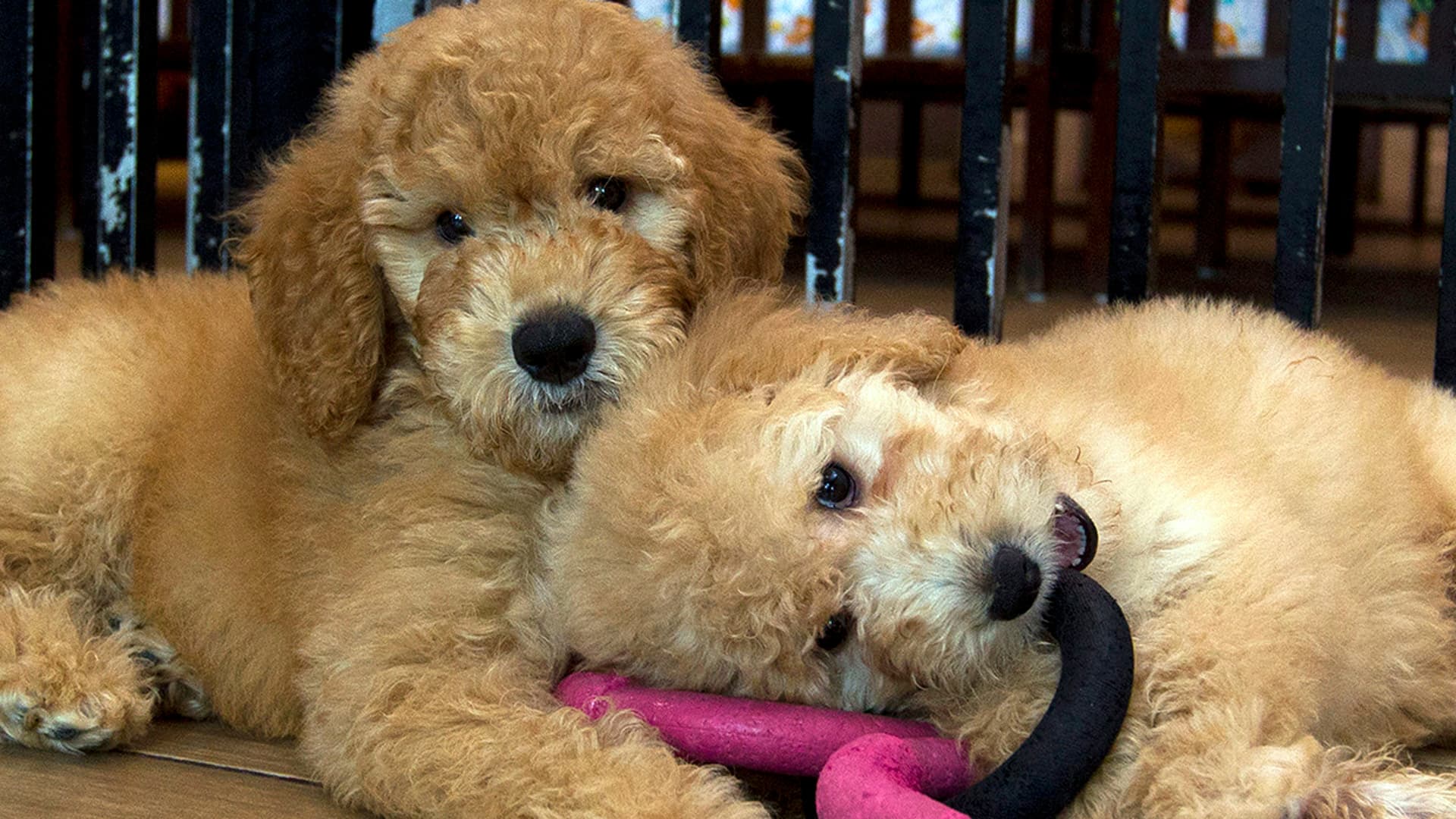 Concerns about rush for puppies during pandemic

6 months agoVideo
1:58
A growing number of Canadians have been getting puppies to cope with the COVID-19 pandemic, but there are concerns that many will end up in shelters after their owners tire of them, or find they can't care for them properly. 1:58

While Ugly Mutts Dog Rescue carefully screens its potential adopters, it's the dogs people are buying from backyard breeders or on Kijiji that Shaffer is worried about. Heightened demand means a surge in prices, and she's seen mix breed dogs that typically sell for $500 being sold for four times that price.

Lana Niemi is a Chihuahua breeder in Hamilton, registered with the Canadian Kennel Club (CKC). She told CBC News she hasn't changed the cost of her puppies — $1,500 — in four years, and says the prices she's seen on Kijiji are "ridiculous."

"Some people are just out there to make money. They're not out there to breed a healthy, sound, well-rounded dog … so it does concern me when I see the prices going up, because I just think these people are not concerned about where the puppies are going."

Iryna Kutsanko, a CKC registered breeder of English Bulldogs, is similarly "very selective" about where her puppies end up. She saw an increase in inquiries over the summer, and at one point was receiving up to 40 messages a day from prospective buyers.

Her puppies cost $3,000, and she doesn't know any established breeders that are selling for more than $3,500. "But on Kijiji, I constantly see advertisements for $7,000," she said.

"I don't know those people. They're new."

Rose Henein, the director of Hammer City Paws Rescue, anticipates that 40 percent of dogs being sold on Kijiji will end up in the shelter system.

"The people that are selling these puppies are doing it strictly for the money," she said. "They're making money hand over fist, and they're proud of it. Those are the dogs that'll make their way back to rescues."

Henein said people are sometimes pulled in because the puppy appears to be in poor condition, and they don't want to leave it behind. Both Henein and Shaffer said not being able to see the puppy's parents is a red flag.

"You want to be really careful going to someone's house, and they have the puppies up front and you don't see other dogs," said Shaffer. "Ask lots of questions. Find out if they've seen a vet … they should at least have their first shots."

Although Henein was reluctant to have dogs adopted out at the start of the pandemic, she's less concerned about it now because people have reached a "pseudo-normal" lifestyle, months into the pandemic.

What is likely contributing to the rising demand for puppies, both Shaffer and Henein noted, is that rescues don't actually have as many dogs available for adoption. That's because many Ontario rescues take in stray dogs from the United States, a process that's been blocked by cross border travel restrictions.

Pandemic is a good time to adopt, says SPCA

"They're not having lengthy stays with us," said Karen Reichheld, the manager of animal care adoptions at the SPCA. But she doesn't think that's because of the pandemic.

"I think it's a trend over the past years that shelters in Ontario have a reduced population of dogs needing to be re-homed. And I think that's a good thing. I think people are being more responsible pet parents."

Reichheld said her primary concern with backyard breeders is not about puppies being surrendered, but how the parents, particularly the mothers, are taken care of.

"People do think that people are impulsively adopting right now, and that's not what we're finding," said Reichheld, noting that her SPCA has had "huge success" with their no-contact adoption process. "Of the 365 pets adopted [since April 1st], only three have been returned and two of those were unexpected allergies in the home and the third was for a health issue with a kitten."

Reichheld also feels the pandemic is a good time to introduce a new pet into the home.

"People have extra time to be training … it's a good time to acclimatize an animal to their household, to have animals meet each other and supervise."

Reichheld herself adopted a new dog in the spring, a French Bulldog named Stella.

"It was the perfect time for me to incorporate her with my other dog. I'm a success story as well. We've had her for close to six months now."