An auto insurance rule change that took effect the day an Ontario man suffered severe injuries in a crash has left his family on the verge of bankruptcy as he goes through an expensive and drawn-out rehabilitation process.

If accident had been 12 hours earlier, family would have got $2M instead of $86K, lawyer says

An auto insurance rule change that took effect the day an Ontario man suffered severe injuries in a crash has left his family on the verge of bankruptcy as he goes through an expensive and drawn-out rehabilitation process.

If the crash had occurred just 12 hours earlier, he'd have been eligible for up to $2 million in compensation, according to the personal injury lawyer representing the family.

Adam Bari, 34, was mistakenly pronounced dead by police when his motorcycle was T-boned on a rural road in Delhi, southwest of Hamilton, on June 1. Investigators concluded he was not at fault in the crash.

The father of twins survived with major injuries including brain trauma, multiple broken bones in his right arm, leg and hand, as well as internal organ damage. 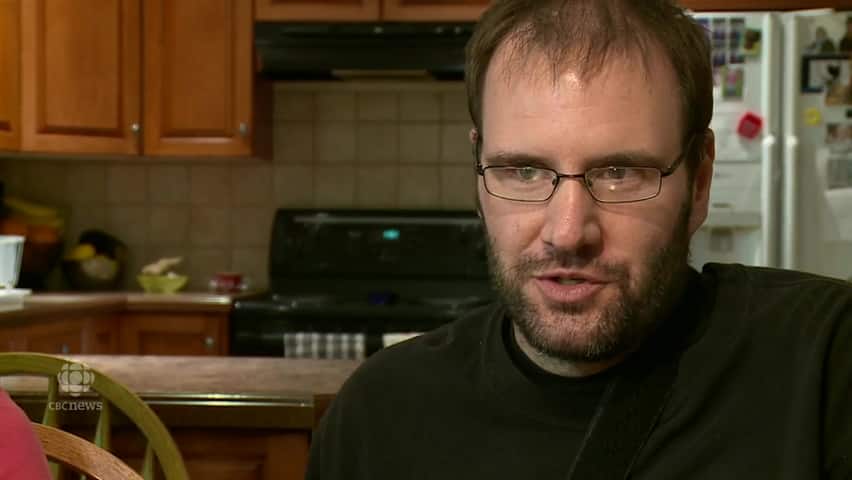 4 years ago
1:12
Insurance rule changes that took effect the same day as Adam Bari was t-boned on his motorcycle have left the Ontario man and his family on the verge of bankruptcy. 1:12

"It was pretty much a month later when I woke up from a coma," Bari said in an interview from his home in early October.

"I couldn't move in my bed in the hospital, and that's when things really started to hit home," he said, speaking slowly and deliberately.

Bari was released from hospital three weeks ago, and now the family is facing mounting medical bills. An elevated bed cost more than $4,000, their drug plan has changed now that Bari has stopped working, and the couple is driving more than two hours round trip for hospital visits in Hamilton.

Bari's wife says she is taking on the role of primary caregiver and has had to reduce her hours as a massage therapist to one day per week.

Adam has the same amount of money available to him as somebody who broke their toe in an accident.- Courtney  Bari , wife of Adam Bari

"Had he been injured the day before, he would easily have qualified for catastrophic compensation," said personal injury lawyer Mike Smitiuch.

Bari's wife said she knew auto insurance premiums and benefits were changing, having received notification from her family's insurer, Intact Insurance. But she was shocked to discover the way injuries are evaluated also changed with no warning.

"Adam has the same amount of money available to him as somebody who broke their toe in an accident," said Courtney Bari, flipping through documents sent by the insurer. 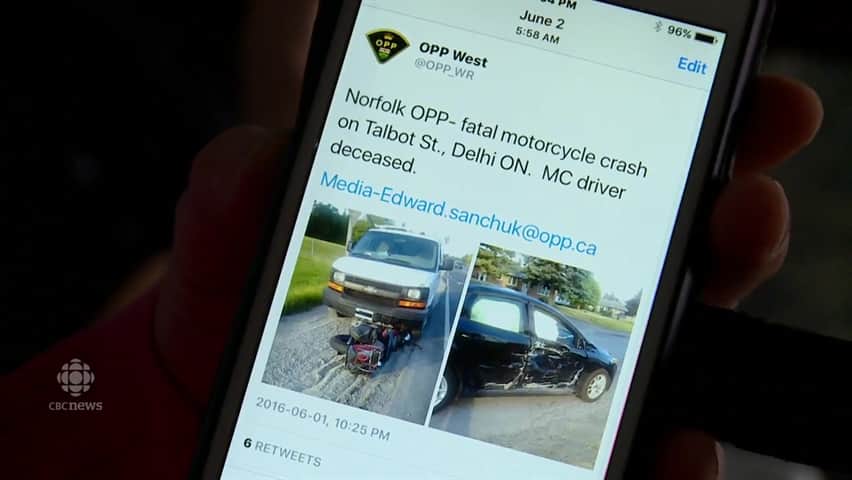 4 years ago
0:23
Courtney Bari says her husband's injuries are no longer considered severe enough under new Ontario insurance guidelines to be deemed catastrophic, so he gets the same amount of money as someone with a broken toe. 0:23

Medical records show Bari had significant brain impairment both at the scene of the crash and later in hospital.

Hospital staff used what is called a Glasgow Coma Scale (GCS) to evaluate his functionality. Bari at first scored a three on the scale. That's the most severe result with the patient being completely unresponsive. Later, his score rose to an eight.

Under the old definition of catastrophic, if a car crash victim had a GCS rating of nine or less, they were automatically considered catastrophically impaired and were eligible for increased benefits.

New insurance rules no longer use the scale, though it remains a common evaluator for trauma teams.

Dr. Harold Becker, a Toronto-based physician who assesses car crash victims for insurance eligibility, says the new guidelines provide clarity for certain types of accident victims but those with brain trauma will suffer.

"The GCS has been removed and that's the early access to reasonable and necessary treatment," Becker says. "That's the big loss here."

Imaging technology, including MRIs and CT scans will now be used assess brain trauma, but those tests may not be conducted for weeks or months, potentially limiting an injured victim's access to benefits.

Dr. Becker said some 300 Ontarians are in car accidents severe enough to lead to a GCS scores that would deem them catastrophically impaired.

"That's not a lot of people, but if you're one of those people, it's devastating," he says of the changes.

The organization that oversees insurance matters in the province said the definition of catastrophic impairment was created in 1996 and "had become outdated."

But the Bari family's lawyer says nothing was publicized about the new way of measuring catastrophic impairment.

"I believe the public was misinformed and lacked important information," Smitiuch says.

The province had advised drivers it was revamping auto insurance rules, saying it was a way to lower premiums.

"These changes strive to balance the needs of injured claimants, lowering costs for Ontario's almost 10 million drivers," said a Ministry of Finance spokesperson in a statement.

The Bari family has begun spending the $86,000 earmarked in compensation but says it is going fast.

"We'll be lucky if this money lasts us to Christmas time," said Courtney Bari, adding that only mortgage insurance is saving her family from losing their house.

"There's going to be a personal support worker needed and physiotherapy. It's not going to be cheap," she said.

Doctors are unsure if Bari will drive again or be well enough to return to work as a tool-and-die maker. Depending on the recovery process, his wife says her work is also on hold as she needs to drive Bari to and from appointments multiple times a week.

The family is planning to sue the driver of the vehicle that hit Bari to help recover damages for health care expenses. Careless driving charges have also been laid against the driver.