Hamilton's Kenesky's shaped every level of hockey in Canada all the way up to the NHL. In the late 60s and early 70s, every single goalie pad worn in the NHL came from the store's then-owner, Emil "Pops" Kenesky. Tuesday, the store was demolished.

Kenesky's opened in 1915, two years before the NHL played its first game 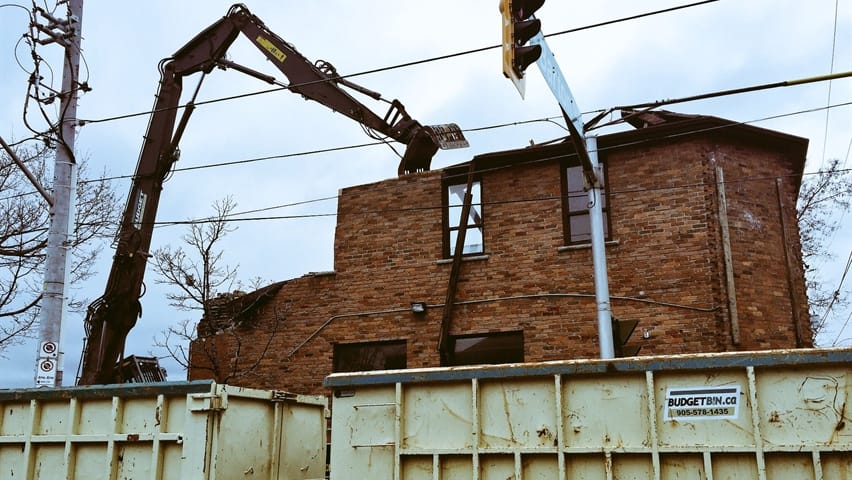 Just a few months after its 100th anniversary, what was once the most important store in hockey was demolished. At the corner of Barton Street and Wellington Street, a small crowd gathered to watch.

There's a good chance some didn't know that Kenesky's shaped every level of hockey in Canada all the way up to the NHL. In the late 60s and early 70s, every single goalie pad worn in the NHL came from the store's then-owner, Emil "Pops" Kenesky.

The Kenesky store opened in 1915. Two years later the NHL was born. But it wasn't until 1924, during a losing skid by goalie Jake Forbes of the then-Hamilton Tigers of the NHL, when Pops Kenesky reinvented the hockey pad. His pads were wider and controlled rebounds better. For the next 50 years, they were the go-to pads for goalies, made in secrecy in the second floor. No one except a Kenesky could go upstairs where Pops worked.
1 of 0

Pops died in 1975. His sons took over the family business, including the secret to making the pads, but when newer materials surfaced, the Kenesky's never adapted. Their last pads were made in 1992, unceremoniously. Shortly after Jack Kenesky died in 2005, Joel Hulsman, who was already a co-owner with Kenesky and Pete Richards, bought the last Kenesky share of the store.

When CBC Hamilton spoke with Hulsman during the 100th anniversary he said next to a wall of signatures from hockey players who passed through the shop, "Let's see if we can do another 100 (years). We'll see what happens… You deal with the big box stores, you deal with the internet, all the things you weren't dealing with back in the '70s, '80s and '90s."

The store closed on December 31, 2015, more than a century after it opened. The wall autographed by NHL superstars such as Ken Dryden will be donated to the Hamilton Sports Hall of Fame.

Hulsman worked at the store for almost 50 years. He said "Every day was a success, seeing the hundred years was awesome – especially all the kids who have worked for me and went on to do amazing things. It's been the best 48 years of my life."

Thanks to all of the boys who helped me become who I am today, especially Joel Hulsman. Thanks for everything boys! <a href="https://twitter.com/Keneskys">@Keneskys</a>