A flock of an ancient breed of Israeli sheep is staying in West Hamilton while waiting for a flight to their homeland. A Canadian Israeli and his wife have taken up the mission to get them there, inspired by the fact that the breed carries on despite mass dispersion.

A flock of ancient and Biblical sheep are ready to return to Israel after stops in Hamilton and Abbotsford, B.C.

They're called the Jacob sheep, named for the ancient sheep that gave the wool in the multicoloured coat Jacob was said to have given his son Joseph. A story told in the book of Genesis.

The sheep were kept in Israel, so the story goes, but have been extinct there for centuries. That's where Hamilton and Abbotsford come in.

The sheep live at Dunlea Farms in Jerseyville in West Hamilton, but soon will be headed to the home of their ancestors.

About two years ago in Abbotsford, Gil and Jenna Lewinsky came to own four Jacob sheep — a hearty breed known for having a patchwork coat of white, black and brown.

The sheep can have up to six horns, but most have four, often growing long and curved. They came from the Levant region, an area to the east of the Mediterranean Sea including Israel, Syria, Jordan, Iraq among other countries.

For me, it's conserving a part of history. And sending it back home to where it belongs. It makes me feel like I'm changing the world in my own way.- Gil Lewinsky, shepherd

When the Lewinskys came to learn the story of their sheep, they decided to grow the flock, now 119 strong, and see if they could return them to Israel to roam for the first time in centuries. It's not the path where the Lewinsky's expected life would take them.

"I had no intention of becoming a shepherd," said Gil Lewinsky, who studied law and holds two master's degrees. "We went from being urbanites to living on a farm."

The Lewinskys had no experience as shepherds but their plan had a bigger problem. Livestock transfer between Canada and Israel was very difficult to do.

Fortunately, the plan caught the attention of Israel's government.

On Monday, the Lewinskys were visited by Rafael Barak, Israel's ambassador to Canada. Barak came to Jerseyville to meet Lewinskys and the Jacob sheep.

Normally, he explained, a livestock transfer like this just isn't allowed. But with a lot of persistence and willingness to cooperate, the Lewinskys were granted an exception for the Jacob sheep.

"It's a beautiful story, and I'm happy to be supporting them," Barak said. "The Lewinskys are to be commended. They were up against a lot of bureaucracy, and they won!"

The sheep had to travel to Ontario from B.C. because rigorous biosecurity protocols laid down by the Israeli Agricultural Ministry mandated a four-week quarantine for the sheep in this province. After that they'll leave for Israel.

In the meantime the Lewinskys are quickly getting used to life on the farm. Gil calls to the flock for feeding. He yells out "grain!" And the flock answers with a yell of its own.

The whole experience has made the Lewinskys come to feel they were called to play a part in something bigger than themselves.

"They've touched the hearts of almost everyone that's met them," said Gil Lewinsky. "For me, it's conserving a part of history. And sending it back home to where it belongs. It makes me feel like I'm changing the world in my own way." 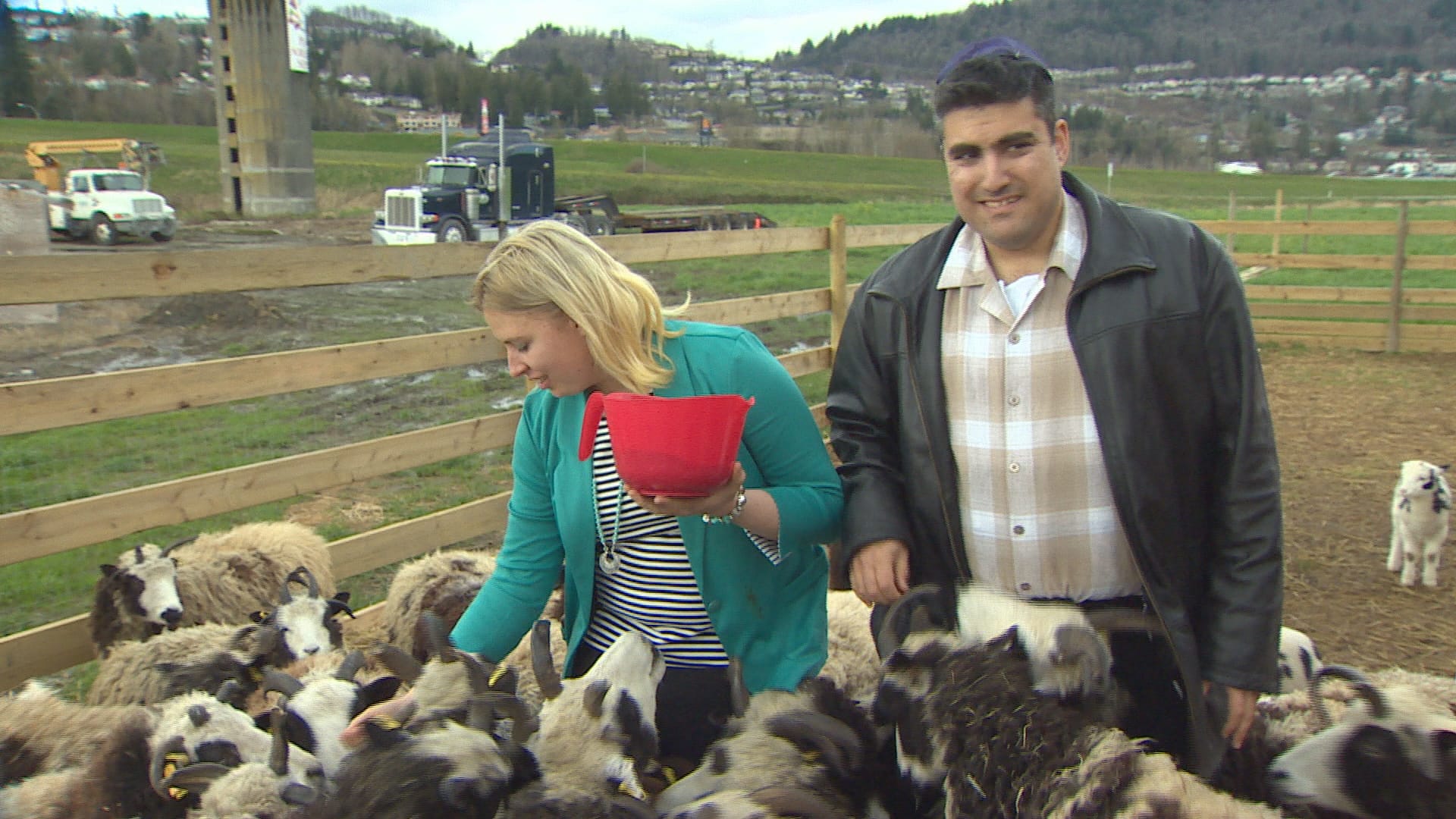