Two devastating plagues that decimated much of Europe hundreds of years ago were actually caused by distinct strains of the same pathogen, new research suggests — and scientists say it’s not impossible for a new strain of the plague to emerge in the future.

New strains of devastating plagues could emerge in the future, study suggests 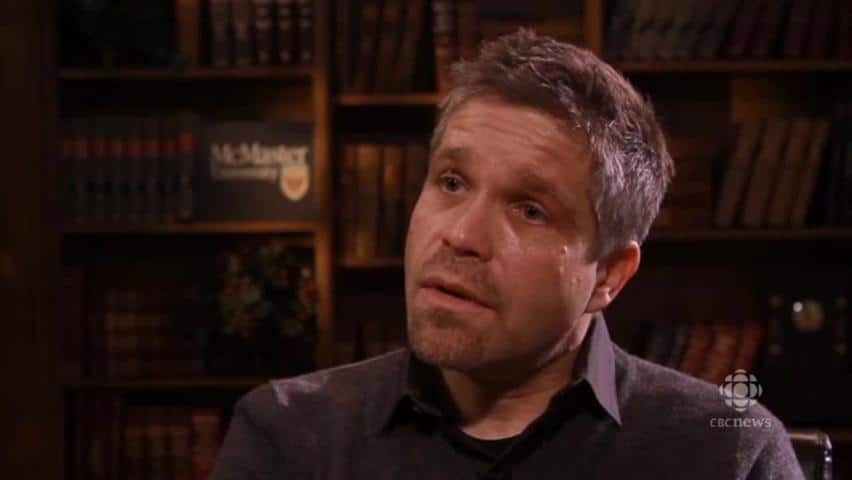 7 years agoVideo
4:28
McMaster University professor Hendrik Poinar talks about new revelations about the origins and makeup of the Black Death. 4:28

Two devastating plagues that decimated much of Europe hundreds of years ago were actually caused by distinct strains of the same pathogen, new research suggests — and scientists say it’s not impossible for a new strain of the plague to emerge in humans in the future.

These findings mark the apex of McMaster University scientist Hendrik Poinar’s quest to do something no other scientist has ever done — crack the code of an ancient killer and change the way we fight disease in the 21st century.

The pathogen only represents one half of the equation. We're the other half.- Hendrik Poinar, director of the McMaster University Ancient DNA Centre

The Hamilton university scientist is part of an international team studying the Plague of Justinian and the Black Death — a fourteenth century killer disease that wiped out more than 50 million people. The results are currently published in the online edition of The Lancet Infectious Diseases.

“The research is both fascinating and perplexing. It generates new questions which need to be explored,” said Poinar, an associate professor and director of the McMaster Ancient DNA Centre and an investigator with the Michael G. DeGroote Institute for Infectious Disease Research.

“Why did this pandemic, which killed somewhere between 50 and 100 million people, die out?” he asked.

Poinar is an evolutionary biologist, which means he studies the nature of how humans got here and where we’re going. Until now, little was known about the origins or cause of the Justinian plague — which helped bring an end to the Roman Empire — and its relationship to the Black Death, which came about some 800 years later.

Researchers from McMaster, Northern Arizona University and the University of Sydney have isolated minuscule DNA fragments from the 1,500-year-old teeth of two victims of the Justinian plague that were buried in Bavaria, Germany. These are the oldest pathogen genomes scientists have obtained.

It’s from these short fragments that scientists have reconstructed the genome of the oldest Yersinia pestis, which is the bacterium responsible for the plague, and compared it to a database of hundreds of contemporary disease strains.

Pulling DNA from century-old skeletal remains was akin to finding a “needle in the proverbial haystack,” Poinar said.

“These are tiny little DNA fragments. We managed again using these novel technologies to pull all these little tiny pieces out and stitch them together to be able to access and understand these genomes of the past.

The Plague of Justinian struck in the sixth century and is estimated to have killed between 30 and 50 million people, virtually half the world’s population, as it spread across Asia, North Africa, Arabia and Europe.

The Black Death erupted about 800 years later with similar force, killing 50 million Europeans between 1347 and 1351.

These new findings suggest the strain of the pathogen responsible for the Justinian outbreak was an evolutionary “dead-end” that was distinct from strains involved later in the Black Death and other pandemics.

“We know the bacterium Y. pestis has jumped from rodents into humans throughout history and rodent reservoirs of plague still exist today in many parts of the world,” said Dave Wagner, an associate professor in the Center for Microbial Genetics and Genomics at Northern Arizona University.

“If the Justinian plague could erupt in the human population, cause a massive pandemic, and then die out, it suggests it could happen again,” he said. “Fortunately we now have antibiotics that could be used to effectively treat plague, which lessens the chances of another large scale human pandemic.”

Scientists say they hope this research will lead to a better understanding of the dynamics of modern infectious disease, including a form of the plague that still kills thousands every year.

The disease remains a threat today in parts of Africa and Asia. Just last month, the bubonic plague killed 20 people in Madagascar. A squirrel was also found carrying a strain of the plague that is a descendent of the Black Death in a Los Angeles park last year.

All it takes for the disease to spread are fleas that feed on rodents infected with the plague to then feed on humans, Poinar said — though thanks to much cleaner cities than fourteenth-century Europe and modern antibiotics, a widespread plague like the one that swept across Europe is unlikely, Poinar said.

In studying the human genome before and after these epidemics struck, scientists can really start to understand what is inherent in the human genetic makeup that made some so susceptible to the plague and others resistant.

“The pathogen only represents one half of the equation,” Poinar said. “We’re the other half.”