Over 20 people have now been charged driving for Uber in Hamilton.

Drivers facing $305 fines, company has said it will 'support' drivers 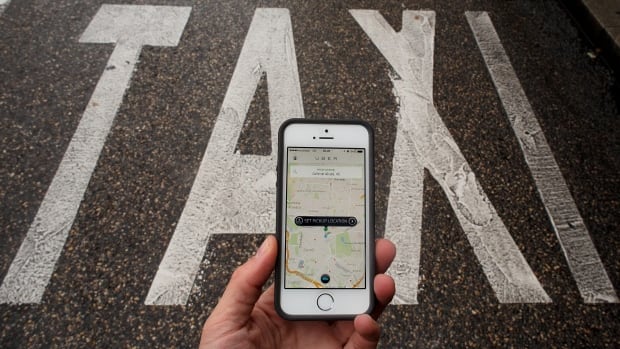 The Uber versus Taxi race

The city has tracked down and charged 13 more Uber drivers for working for the popular ride hailing service, bringing the total number of people charged in Hamilton to 21.

The charges are for driving without a taxi license, and include a $305 fine, city spokesperson Ann Lamanes said in an email.

One of the people fined was Jenn Morris, who spoke with CBC news back in November after she was ticketed.

Morris said getting the ticket doesn't discourage her at all from driving for Uber. "Everyone loves this service. I don't think it's going anywhere," she said.

Uber has repeatedly said it will "support drivers in instances of enforcement" – which basically means they will cover these sorts of fines.

City council passed a motion in the fall asking Uber to suspend operations while it examines changes to taxi regulations.

Spokesperson Susie Heath said at the time that the company was "pleased" to attend that council meeting, but did not answer questions on if the service would suspend operations in Hamilton as council requested.

Uber announced this week that it has cut prices in Hamilton and a handful of other cities Canadian cities to offset the "winter slump" as people hunker down inside and the demand for rides drops.

According to the Uber app, fare prices in Hamilton are 20 per cent off for a limited time.

The company said it is guaranteeing earnings for drivers in the affected cities.