As of Wednesday morning, recreational cannabis is legal across Canada. What will that mean for Hamilton?

Here's what to expect as weed becomes legal in Hamilton, where dispensaries have radically changed the city

Now? His business is in the tank, with customers flocking to dispensaries instead. Things are only going to get worse for him, as landmark Canadian legislation comes into effect Wednesday and marijuana becomes legal across the country.

"If you had told me 10 years ago that there would be no money in selling weed, I'd have laughed in your face," Michael said. CBC News has agreed not to publish his real name so he could speak freely about the subject.

Some are bracing for a kind of cultural upheaval where smoke hangs thick in the air at every corner — but experts are cautioning against too much hand wringing.

People might be surprised to find how many of their friends, or people they know consume cannabis.- Dan  Malleck , Brock University health sciences professor

No doubt there will be change, as marijuana usage in Canada becomes much more public and out in the open than ever before.

But thanks to the proliferation of pot shops throughout the city combined with a burgeoning cultural cache attached to weed, change isn't coming, Michael says — it's already here, and has been for months.

How it will work

On Wednesday, anyone 19 or older in Ontario will be allowed to smoke or vape cannabis in private residences, many outdoor public places, and designated guest rooms in hotels.

There will be restrictions around usage in places where kids gather, as well as in cars, boats and in hospitals, but for the most part, it's open season.

"What we will see is less secrecy around it. People might be surprised to find how many of their friends, or people they know consume cannabis," said Brock University health sciences professor Dan Malleck, who is an expert in drug and alcohol regulation and prohibition.

"But I don't think it's going to be a bold new world." 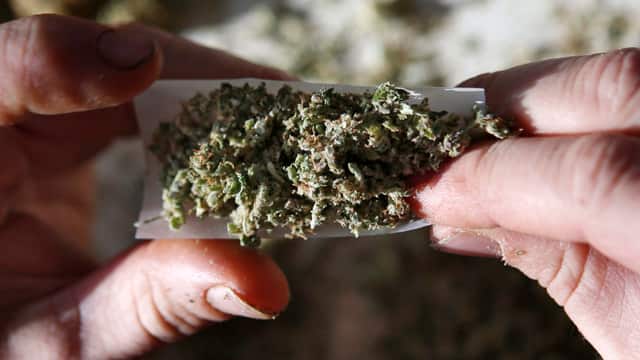 Legal weed in Canada: How it works where you live | Power & Politics

2 years agoVideo
1:58
Marijuana will be legal in Canada starting Oct. 17, but the rules are different in each province. CBC's Power & Politics breaks it down. 1:58

What Ontarians won't see, unlike most other provinces, is a proliferation of legal dispensaries. Many provinces will have over a dozen shops open on Wednesday, including 17 in Alberta, 12 in Quebec, 20 in New Brunswick and 24 in Newfoundland.

Ontario and Nunavut are the only places in Canada that will have none. The province's plans radically changed after Doug Ford was elected premier back in June, with an overhaul of the system meaning the storefront legal retail market won't open until April of next year.

That leaves Hamiltonians with nowhere to legally buy marijuana in the city Wednesday, somewhat taking the wind out of the sails of legalization day. A more wholesale change will come in April, when legal dispensaries start opening in Ontario.

Instead, there will be an online only, mail-order service. The Ontario Cannabis store says it is expecting a one to three day delivery time at the outset of legalization — so if especially eager stoners order at 12:01 a.m. Wednesday, they will likely receive their pot on Oct. 18.

Malleck said he does expect the black market to take a significant hit as legalization comes in.

"I think there is a tendency for people to want to do the right thing and follow the law, but it can't be too restrictive, and it can't be so inaccessible that it's much easier for people to go to a tried and true source, which would be the person they know now," he said.

A recent study out of McMaster University found similar results, suggesting that the ideal price point for legal weed is in the $10 to $12 a gram range.

Michael told CBC News that the dispensary model has already pushed him to the brink of losing all his customers, and he anticipates that trend will continue once legal shops open up. He prides himself on being a "non-sketchy" weed dealer, with a clientele mostly in the 35 to 50 age range.

"They like me because I'm not sketchy, but walking into a legal store feels even less sketchy," he said.

He also just can't compete on convenience and variety, he says. Dispensaries are able to stock dozens of different strains, and people can pick up what they want at any time during the day, just like any retail shop.

"That's going to win every single day," he said. "My business has evaporated. This has been the hardest year of my life."

But it's not obvious that the black market will be completely eradicated. 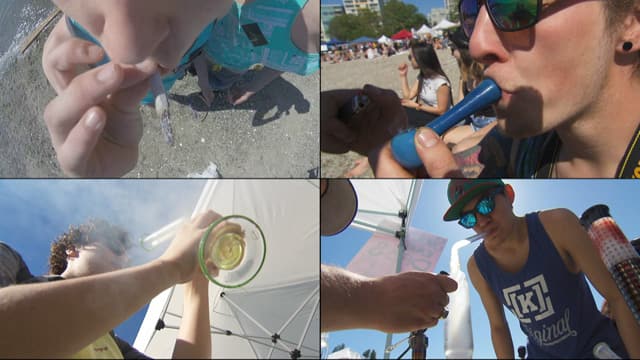 What are the restrictions on advertising legal cannabis? | The Weekly with Wendy Mesley

2 years agoVideo
7:11
Recreational cannabis will soon be legal across the country, and there are billions to be made. But the restrictions on advertising for cannabis are much more like those for tobacco than booze. So how do companies promote their products while following the rules? CBC’s Wendy Mesley speaks with Amy Wasserman, vice-president of marketing for Canopy Growth. 7:11

Take Colorado for example, where recreational cannabis was legalized in 2014. A recent CBC investigation found that even though there are more than 500 recreational marijuana dispensaries in the state, the black market is still booming, driven by criminal organizations that grow weed in Colorado and smuggle their crop into states where it is still illegal and can be sold for greater profit.

That same problem likely won't be pervasive in Canada, with weed being legal in every province, and smuggling across the border to the U.S. a much more dangerous endeavour.

But the investigation also found the in-state black market hasn't gone away either, because some marijuana users are deterred by higher dispensary prices and are loyal to their longtime dealers.

The city is watching with interest on the brink of legalization day, said Ken Leendertse, director of licensing — but for the most part, it is out of the enforcement game when it comes to marijuana.

Bylaw officers once used zoning regulations as a tactic to shut down illegal dispensaries, but the new legislation dictates that cities cannot restrict these kinds of locations via zoning, so the onus on shutting down the illegal market will fall squarely on Hamilton police.

The vice and drug unit has regularly raided dispensaries in the last year, though in many cases, those storefronts open right back up again shortly after the raids take place.

"The issue is for these dispensary owners, the reward is greater than the risk," Leishman said, as opening back up remains lucrative, despite fines and legal costs.

Ironically, that's the opposite of what Michael is now experiencing.

"I had some risk before, but the reward was very high," he said.

He was once pulled over with expired plates with pounds of marijuana in his trunk, but it was worth it, considering the money he was making. Now, Michael just makes enough to cover the cost of his own pot, and the risk just keeps mounting. 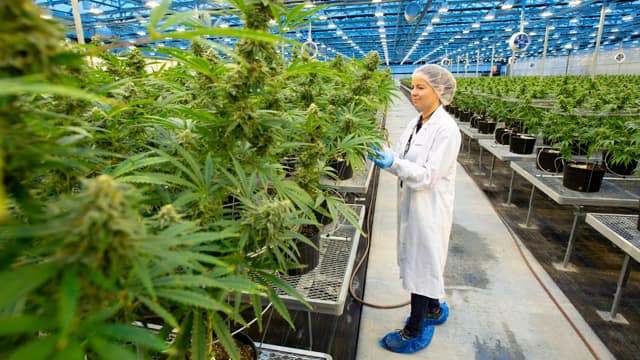 2 years agoVideo
10:37
Businesses across the country have been reviewing how their workplace will be impacted once recreational marijuana becomes legal in Canada on Oct. 17. 10:37

Any dispensaries that are hoping to get licensed as an official distributor come April have to shut down by Wednesday. Leishman says police are hoping that will mean many of the city's pot shops will close in an effort to go legit, leaving police to focus solely on places that have no intention of ever following the new legislation.

In a media release, Halton police said officers will continue to investigate complaints involving the illegal sale of pot (especially to young people), drug-impaired driving, possession for people under the age of 19, and boating while high.

But the service also fired a shot across the bow for more frivolous complaints.

"The Halton Regional Police Service will not be responding to incidents where the sole complaint is that of nuisance cannabis smoke or cannabis consumption not involving youth or a motor vehicle/boat," the media release reads.

Leendertse told CBC News that the city is also expecting complaints, but the bulk of those would have to be handled by police.

In the meantime, "early adopters" like Michael are finding themselves pushed to the sidelines, he says, while huge corporations and investors with money — like Hamilton's mayor, he noted  — are reaping the benefits.

"But I think overall, [legalization] is a good thing. It would be selfish of me to say that it's not."

With files from Briar Stewart