Calls for implementing a living wage have been reborn as many minimum wage workers were deemed essential to keeping society functioning during the COVID-19 pandemic — but provincial and federal governments are already shutting down the idea of considering a living wage moving forward.

A living wage is not the same as the minimum wage, which is the legal minimum all employers must pay. The living wage is the amount of income someone needs based on the actual costs of living in a community.

In Ontario, the current minimum wage is $14 an hour, but in cities like Hamilton, someone would need to make at least $16.45 an hour to survive according to the Ontario Living Wage Network. In Toronto, the living wage is $22.08 as of November 2019. The ultimate goal, for advocates and labour experts, is to have the minimum wage match the living wage.

Tom Cooper, director of the Hamilton Roundtable for Poverty Reduction, told CBC News the pandemic shows people doing the most are being paid the least.

"There's far too many workers here in Hamilton and across Ontario and Canada that are not earning enough in their jobs to pull themselves or their families out of poverty," he said.

"The working poor have really become, I think, an unacceptable, core group of essential workers in our country and we need to recognize and value the contribution they made to keeping us safe."

With COVID-19 hollowing out city streets and shutting down businesses, grocery store workers, gas station clerks and others have emerged as unexpected heroes of the frontline.

Both segments of the workforce are deemed essential, but are often paid less than most others.

Despite some of them not making a living wage, governments at various levels say a living wage likely will not become reality.

And talks about a living wage haven't been brought up.

"I can't see us looking at the living wage ... I don't think we can put more pressure on the private sector, it's going to be very difficult to move out of COVID-19 and businesses hope to reopen and recover," said Donna Skelly, the parliamentary assistant to Victor Fedeli, Ontario's minister of economic development, job creation and trade.

"A living wage is probably not something the government would reconsider because it's just an additional pressure on a very frail recovery as we move forward … to bring that forward right now is probably premature."

Skelly also said there are many unfilled jobs province-wide that pay well.

But a statement from McNaughton's office said, "our province's workers and employers deserve a minimum wage determined by economics, not politics."

"The government provided a temporary pandemic pay of $4/hour worked on top of their regular wages. In addition, the government will be providing monthly lump sum payments of $250 for four months to eligible frontline workers who work over 100 hours per month. This is expected to support over 350,000 frontline workers."

Some workers on the frontline, like cashiers at Fortinos, make roughly $20 an hour after working for two years, according to union agreements. But these agreements don't account for workers without a union. 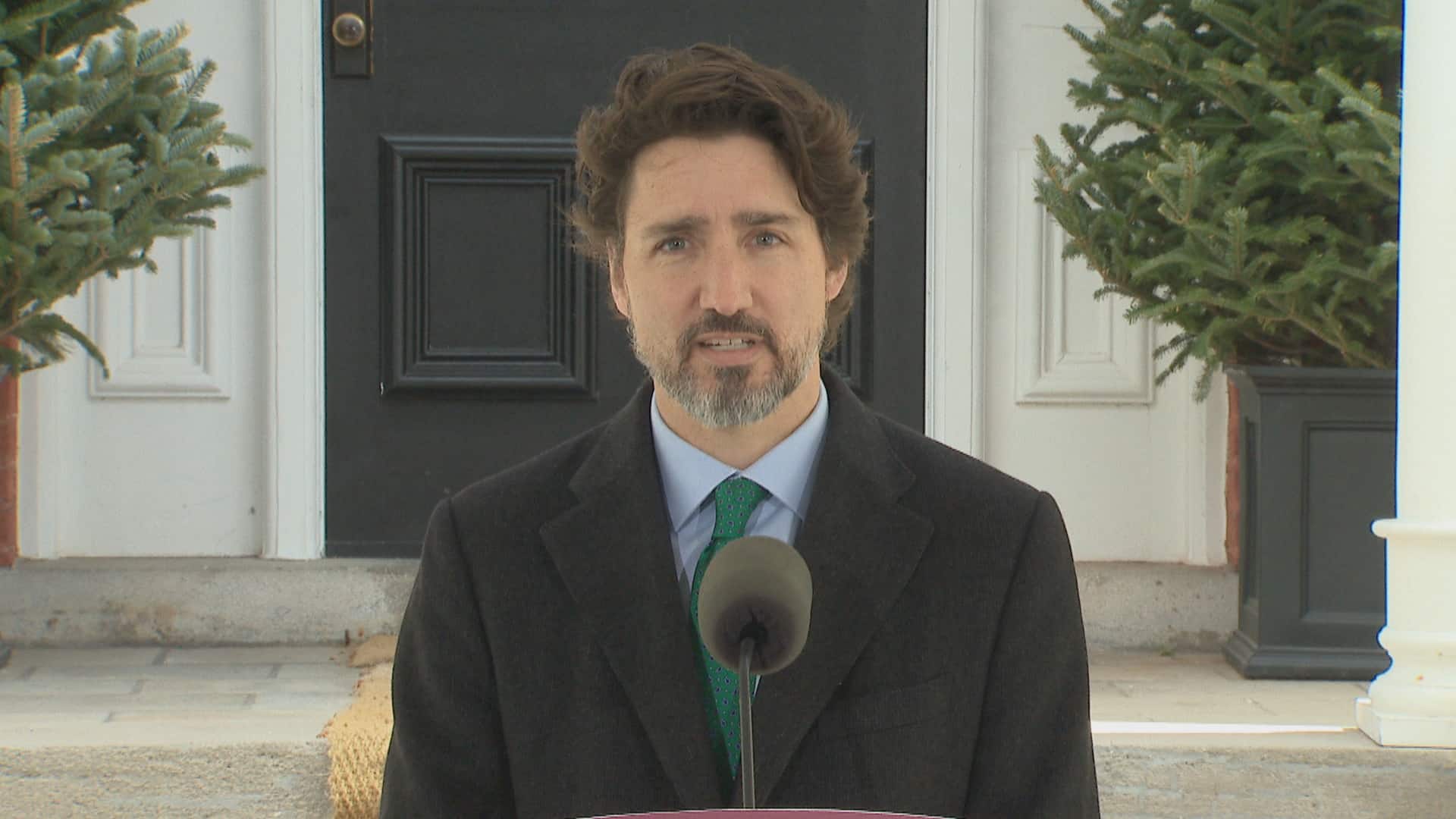 Trudeau on the future of COVID-19 financial aid

9 months agoVideo
1:26
Prime Minister Justin Trudeau says the federal government has been guided by two principles during the pandemic: protecting the health and safety of Canadians and ensuring a strong economic recovery. 1:26

At the federal level, Trudeau said on Thursday he wanted to support front-line workers but didn't mention a living wage specifically.

"If you are risking your health to keep this country moving and you're still making minimum wage, you deserve a raise."

He has also pointed specifically to PSWs working in long-term care homes.

Filomena Tassi, Canada's minister of labour, told CBC News the federal government has given $3 billion to the province and territories to top up essential workers' pay and said she hopes to increase minimum wage for federally regulated workers to $15 an hour — but there was no indication that implementing a living wage would be discussed.

Sharleen Stewart, president of Service Employees International Union (SEIU), which represents front-line, health-care workers, said the $4 pay raise may only last for the duration of the pandemic.

"That's just a drop in the bucket, that's just the beginning of the salary they should have, not just a boost in wages," she said.

Stewart also said front-line workers who aren't in healthcare are also "heroes" during the age of infection and say they too deserve more money.

Stephanie Ross, director of the school of labour studies at McMaster University, said the pandemic has exposed class disparities in Canada.

"A pattern we're seeing here is class dimensions are real — the lower you are on the income ladder, the more likely you are to be exposed to the virus because you don't have the financial resources to stay out of the risky work," Ross explained.

And while she understands everyone appreciates workers on the frontline fighting COVID-19, praise isn't enough.

"Front-line workers obviously appreciate the recognition … but you can't eat applause. People who are taking these risks need to be able to have decent lives."