Ontario Hockey League players are highly skilled and provide, mostly free, labour for team owners and star in a high profile and often dangerous big business across the province. Should they be paid, at the very least, as well as other minimum wage workers in Ontario? 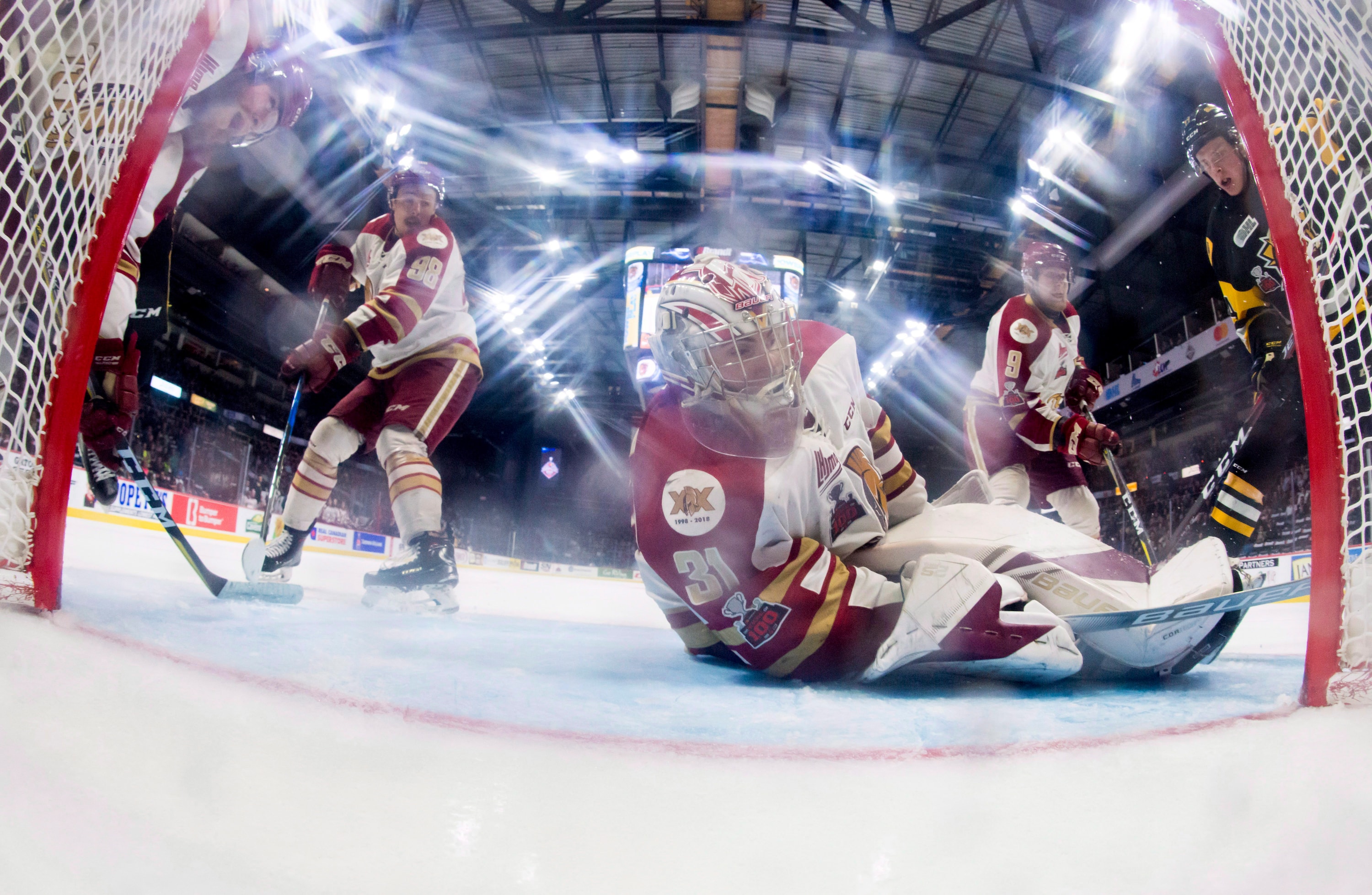 There might not be a lot of money to be made in junior hockey, even though it's a business that survives on the free labour of talented teens and young men doing often dangerous work.

Money comes in from concessions, merchandise and ticket sales but none of it goes out as pay to the stars of the show.

He hoped that the people who own the 20 OHL teams will continue to be allowed to pay lower than the lowest wage allowed by law in the province. The province happily complied announcing Thursday it would exclude OHL players from employment standards legislation in order to keep a "level playing field" with other major junior hockey leagues across the country.

Matt Cullen, a reporter for CBC Sports, also provides commentary for the OHL's Mississauga Steelheads, spoke with the CBC's Conrad Collaco about what, if anything, junior hockey players should be paid for their work.

Who is leading the push to get OHL players paid for their work?

It's a group of former players. In 2014, this group filed a $180 million lawsuit against the Canadian Hockey League (CHL) for outstanding wages. The CHL includes the Ontario Hockey League, the Quebec Major Junior Hockey League and the Western Hockey League. There are three different class action lawsuits. The group of ex-players believe they should be paid for their time playing in the OHL.

Last week the commissioner of the OHL, David Branch, penned an open letter to the Ontario government asking for clarity and support for amateur athletes. The OHL refers to the players as amateur athletes and would be therefore exempt from minimum wage laws. The government was quick to show support calling the OHL "champions of amateur sport." That was by the Minister of Tourism, Culture and Sport, Michael Tibollo. He says "Our government is behind you. You have our full support."

Amateur athletes are unpaid but they do have significant benefits. Should these players receive a salary like in any other industry? If you work in a restaurant you get minimum wage. Joshua Mandryk, a lawyer for Goldblatt Partners, is representing some of the ex-players in the league. He says the Ontario government's response was unacceptable and that paying your workers is part of the cost of doing business.

0:42Josh Mandryk, lawyer Goldblatt Partners LLP
Lawyer Josh Mandryk is representing some of the former OHL players in a class action lawsuit against the league.

Paying your workers is part of the cost of doing business. That's the same for the OHL as it is for any other business.- Joshua Mandryk, lawyer for Goldblatt Partners

Players get significant educational benefits. 321 former players were using scholarships that cost the league a total of $3.1 million dollars. That's one of the advantages of playing in the OHL. You have education paid for after. There's also health insurance. Top of the line equipment. Billeting. You don't pay a whole lot of other expenses.

Why does David Branch say OHL players shouldn't be paid, even minimum wage?

The OHL is a great development league. Some of the best players in the world come out of this league. Connor McDavid, star of the Edmonton Oilers, Patrick Kane, of the Chicago Blackhawks — you can even go back to Wayne Gretzky and Steve Yzerman. These guys played in the OHL. Last year 372 former CHL players were on NHL opening night rosters. That's 52 percent of all players in the NHL. There's an option for those who don't make it to the NHL. One year of hockey in the NHL equals one year of tuition, books and other fees. If you play four years in the OHL that could be an undergraduate degree at a Canadian University.

Former OHL player Dylan Smoskowitz played for four years in the league with three different teams. He played professional hockey in the East Coast Hockey League and for York University in Toronto. He says he knows some of the players who are suing the league but would not change this format.

You're treated so well. Getting paid would just be too much. Everything is done for you.- Dylan Smoskowitz, former OHL player

Smoskowitz is running a hockey school in Toronto. He says he had a great experience with the league and hopes to work up the ranks and return to the OHL as a coach.

What are the next steps?

Here's where things get a little bit tricky. There are three class action lawsuits. There's one against the OHL, the QMJHL in Quebec and the Western Hockey League. In Ontario, the league is in the middle of an appeals process. There will be a hearing in January. It's been in the courts since 2014. There is no set deadline. We did reach out to the OHL for comment. They did not make anyone available. They felt there was enough said in their open letter to the Ontario government.

I've been around hockey a long time and I have not seen something that has divided the community as much as this. It's a very interesting debate.