How to talk to your kids about racism: tips from parenting expert | CBC News Loaded
Hamilton

How to talk to your kids about racism: tips from parenting expert

Black History Month is a good time to talk to your kids about racism. What should you say? Samantha Kemp-Jackson, a journalist who writes about parenting, has some advice.

Tips for helping parents talk with their kids about racism 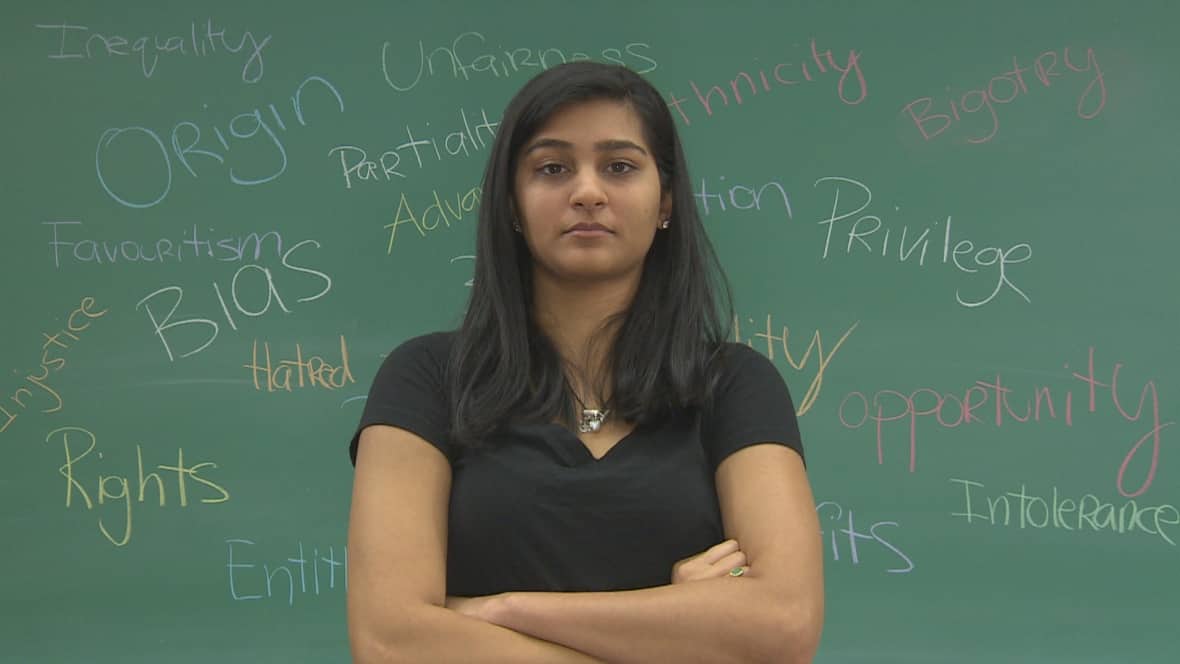 Black History Month might be a good time to talk to your kids about racism. And there's plenty to talk about.

A study of online behavior in Canada commissioned by CBC's Marketplace shows a six hundred per cent jump in how often we use language that is sexist, homophobic or racist.

Alexandre Bissonnette, the man charged with killing six people praying at a mosque in Quebec last month was a fan of Donald Trump and extreme right-wing ideologies.

But what should you say to kids about that? Samantha Kemp-Jackson, a journalist who writes about parenting, has some advice. You can listen to her full interview with the CBC's Conrad Collaco by clicking the image at the top of this page or you can read an edited and abridged transcript below.

We're more than three weeks into the Trump administration in the U.S., how concerned are you, as a parent, about how people talk about race in the U.S.?

After the attack on Muslims in Quebec City, how do you think we should talk to kids about violence directed at visible minorities and why it happens?

Violence is never ok specifically when it is targeted against people from another race or another religious or ethnic background. We need to talk about what our values are as Canadians and how we feel about embracing other cultures and ethnicities. We need to tell our kids that this is not what Canadians believe in. We don' target people because of their religious or ethnic background. It's a good catalyst for a discussion.

Have you had that talk with your kids?

I have. We've had an ongoing discourse especially since January 20th (Ed. note: Donald Trump's inauguration day) because it seems like every day since that date things have come up that have a racial overtone or undertone and it's never positive. We've had to talk about race and that people are made to feel like they are "the other." My kids are a part of this discussion and it's going to be an ongoing discussion.

What are you telling them?

I'm horrified by what's going on down south. What I found quite disturbing is that one of my boys, I have 7-year-old twins, said 'Donald Trump is building a wall and Mexico is going to pay for it. He doesn't like Mexicans.' I thought 'this is horrible.' That was an opportunity for me to talk with him about how this is divisive and why this is not what we believe. I talked about why we should not be targeting people because of where they are from and what they look like.

Why was Trump's message about building a wall to keep Mexicans out powerful enough to stay in your child's mind?

My child, even though he's young, realizes that's a very powerful position to be in. He's probably thinking that this person with power is making this large group of people demonized and 'othered' and that was alarming for my child because my child is a person of colour as well. It has been an opportunity for us to talk about how we do not support Trump's divisiveness in terms of race. Plus they hear us, me and my husband, talking over the dinner table so we had to have that discourse with them.

Do kids have to be taught to be racist?

Parents are the first role models that our kids see. Whatever our attitudes are, they are going to learn by osmosis. If we say little, racially stereotypical comments here and there our kids take it in and go out into the world. At first it might be something small, a micro-aggression, but it might continue on as they get older to be out-and-out racist. We have to lead our kids by example. Our words have weight. Children don't think as complexly as adults.

It's wonderful that our kids see the civil discourse that is happening in protests and marches. I would encourage parents to let their kids participate in the democratic and civil process of protesting if you don't agree with something. In this case it might be the Muslim ban. Let your children see that. Take them to the marches. It shows that the parents aren't just paying lip service to anti-racism but are actually acting on it.

What do you say to people who are white that want to support you, your family and the black community as you deal with racism?

People in a position of privilege — I know that is a loaded word and some agree with it and some don't, but the reality is that if you don't have to think about race it's a privilege. Me and my children, we have to think about it on a daily basis. Every time I step outside people perceive me as a black woman and they will make decisions based on what their feelings are about black people.

If you have white friends and allies, they can stand with you. They can support you by being at protests standing with you. Friends of children who are bullied can stand with their friend and say to the bully 'why are you calling my friend this name? Why did you say that?' Bullies will usually back off. They usually aren't as strong as they might show themselves to be.

Also, teach all children to be critical thinkers and encourage dialogue with their friends. Children who have privilege might have friends who are saying things that are somewhat racist. It's ok for these kids to confront their friends.