State funeral for Lincoln Alexander to be held in Hamilton

A funeral procession will carry Linc from Hamilton to Queen's Park in Toronto Sunday at 10:30 a.m. 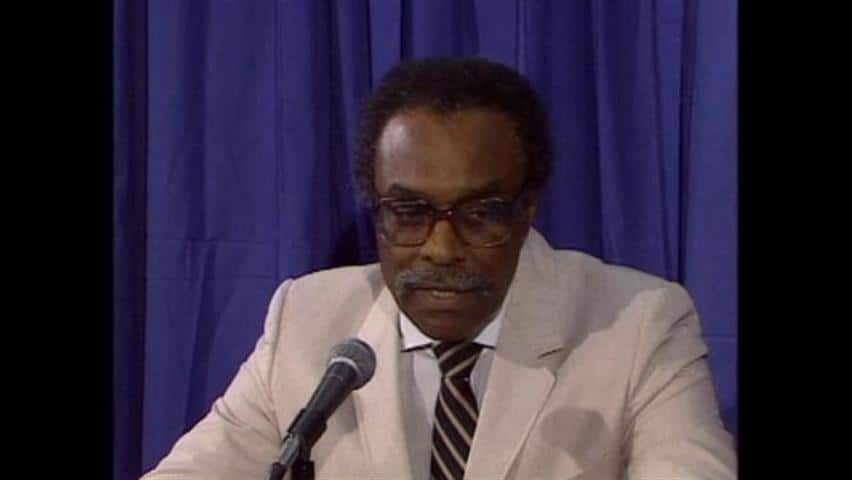 8 years ago
2:03
A state funeral will be held next week for former Ontario lieutenant-governor Lincoln Alexander. 2:03

A state funeral will be held next week for former Ontario lieutenant-governor Lincoln Alexander.

Alexander, who was Canada's first black member of the House of Commons and first black lieutenant governor of Ontario, died at the age of 90 on Friday.

The province says the funeral is scheduled for Oct. 26 at Hamilton Place in Alexander's hometown of Hamilton, Ont.

A funeral procession this Sunday is set to carry Alexander's body from Hamilton to the provincial legislature in Toronto, where he will lie in state until Monday night. It will travel along King Street to the 403 from Wellington Street starting at 10:30 a.m.

The public will be able to pay their respects at the lobby of the main legislative building starting on Sunday from 5 p.m. to 8 p.m., and again on Monday beginning at 8 a.m. until 8 p.m.

Alexander will then be transported to Hamilton on Tuesday to lie in repose at Hamilton city hall.

Books of condolences are available at both the legislature and Hamilton city hall during public viewings, as well as online.