Ontario teachers' union says not all will resume extra-curriculars

The president of the Ontario secondary school teachers union says it's entering a "new stage" with the provincial government and has agreed to resume extra-curricular activities, but it will be up to each individual teacher to decide how to act. 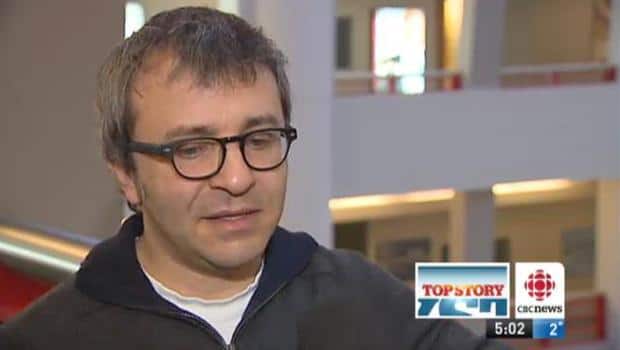 8 years ago
2:25
Some teachers are reluctant to resume extracurricular activities. 2:25

The president of the Ontario secondary school teachers union says it's entering a "new stage" with the provincial government and has agreed to resume extra-curricular activities, but it will be up to each individual teacher to decide how to act.

Ken Coran said after meetings with new Premier Kathleen Wynne, he was optimistic that there was a "willingness" on the government's part to re-engage in a collective bargaining process.

"It was decided to suspend the political protest with regards to volunteer extra-curricular activities. … But I want to make it very clear: Not all of our members, based on where we are right now today, are going to return to extra-curriculars," he told a news conference on Monday morning.

"That is an individual decision, and we respect our individual members' decisions."

Elementary and secondary school teachers across Ontario have stopped supervising student activities in response to a labour dispute with the province.

On Friday, the Ontario Secondary Schools Teacher Federation (OSSTF) said union leaders have agreed "to suspend political action regarding voluntary activities" and has urged its members to resume extra-curriculars.

But the OSSTF statement angered some Ontario secondary school teachers, many of whom took to social media to express their frustration over the weekend.

Kunin, who teaches English and film, said many teachers are angry the OSSTF statement came with no guarantee from the province to resume collective bargaining, which he says is "the central issue" in the dispute.

Unable to negotiate a new contract with teachers, the province imposed two-year contracts on them in January.

"We don’t know what has been offered in return for this goodwill gesture on the part of our leadership," said Kunin, who helped with the school’s student newspaper and its gay-straight alliance prior to the dispute. "I’m trying my best to be patient."

Kunin points out that the union has no authority to force teachers to resume after-school activities.

Coran said Monday he estimated 60 per cent of the OSSTF membership were waiting to see "something probably more tangible than a promise."

Discussions with the government could begin as early as this week, he said, and he anticipated more "concrete details" to be "flushed out."

"And I would predict that, as things are known and as things evolve, more and more of the people that are holding back on those individual decisions to return to those volunteer extracurricular activities, more and more people will likely come on board and resume," Coran told reporters.

Education Minister Liz Sandals also appeared on Metro Morning and said the province has offered to "fix" the collective bargaining process in future labour talks. Sandals also reiterated the province's position that they would not revisit the imposed contracts.

"We need to have a new process," said Sandals.