Craig Ruthowsky, a Hamilton police officer who was arrested in a gang bust by Toronto police, was released on bail.

Veteran officer is free on bail, awaiting trial after more than a month in custody 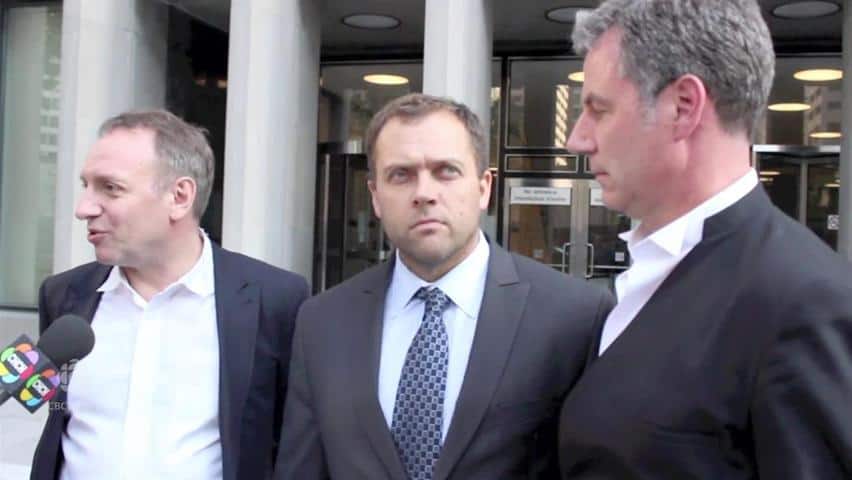 5 years ago
0:42
Hamilton Police officer Craig Ruthowsky was released on bail Friday with a successful appeal. He is facing multiple charges, including bribery, participating in a gang, and conspiracy to traffic cocaine. 0:42

Craig Ruthowsky, a Hamilton police officer who was arrested in a gang bust by Toronto police, was released on bail Friday.

The conditions of the bail are under a publication ban.

Ruthowsky, 41, a former guns and gangs squad officer was originally arrested June 4 on charges related to allegations of cocaine trafficking and aiding a gang which stem from incidents alleged to have happened while he was on paid suspension.

During his time in custody, two additional charges were laid against him of bribery and obstruction of justice.

He was first denied bail on June 9, but had the decision reversed in Superior Court after a two day hearing.

Ruthowsky is facing the following charges:

The new charges were laid after his original arrest but it's not clear when the incidents that led to the new charges are alleged to have happened.

Ruthowsky's wife Christine Ruthowsky — who is herself a long serving member of the Hamilton Police Service — declined to comment when approached by CBC Hamilton.

The details of Ruthowsky's bail review, and the two-day initial bail hearing from June 8 to 9, are under a publication ban.

Ruthowsky was arrested when Toronto Police executed 50 search warrants across the GTHA. The series of coordinated dawn arrests on June 4 gather up 45 individuals who were facing a combined 379 charges.

The year-and-a-half long investigation, called Project Pharaoh, focused on a Toronto gang, the Monstarz, which operates primarily in northwestern Toronto, according to police.

Ruthowsky is a 17-year veteran of the police service, had been suspended with pay since June 2012 because of unrelated, but similar, charges laid under the Ontario Police Act. He is no longer suspended.