It’s that time of the week again – CBC Hamilton reporter Adam Carter is back with his three picks for new Ontario music that you need to listen to this week. Up this week: Ivory Hours, Sea Perry and Dave Rave and the Governors.

This week: Ivory Hours, Sea Perry and Dave Rave and the Governors 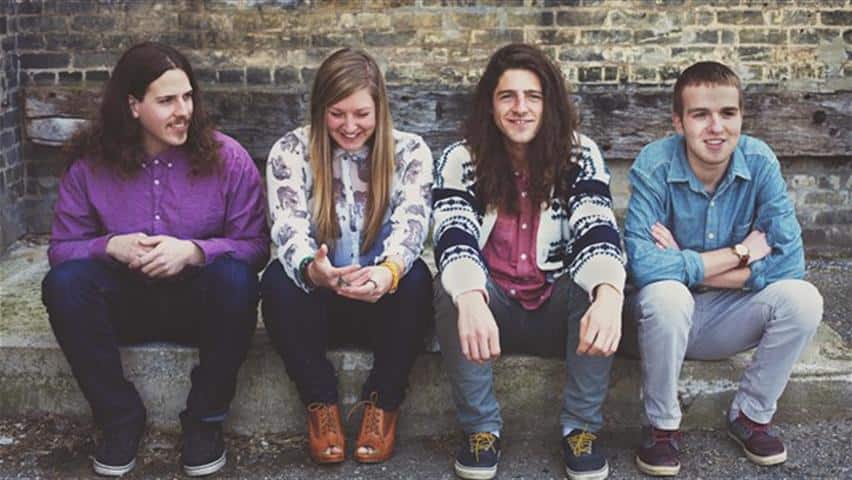 Adam is on the air each week on CBC Radio for In the Key of C, hosted by Craig Norris. He’ll choose three Ontario bands or artists that are releasing new music for your listening pleasure. Here are this week’s picks:

First up this week is a new track from Sudbury band Sea Perry called Molly’s Shoes.

This tune might be the happiest song we've heard in years. Some people might consider the chorus a little on the hokey side with its "Come on love, it's my drug, everyone here just needs a hug" refrain — but you can’t deny how catchy this thing is.

Anyone who knows the first wave of Canadian punk will know this band. Dave Rave and the Governors are back with a new track called Sweet American Music.

Rave — for anyone who doesn’t know him — sang with Hamilton’s Teenage Head back in the 80s during Frankie Venom’s hiatus from the band.

This track has a real early Nick Lowe feel. Rave is totally channelling classic power pop here, and it works.

London’s Ivory Hours keep churning out shimmering alt-pop alongside solid music videos. I’ll Stay Away has that classic ballad feel, complete with a cheesy guitar solo that is slides in the pocket of this tune so well that you can’t help but love it.

It’s sugary, but not too sweet — and a real ear-worm of a tune.