It’s that time of the week again – CBC Hamilton reporter Adam Carter is back with his three picks for new Ontario music that you need to listen to this week. Up this week: Jeremy Fisher, Danielle Lennon and Whitehorse. 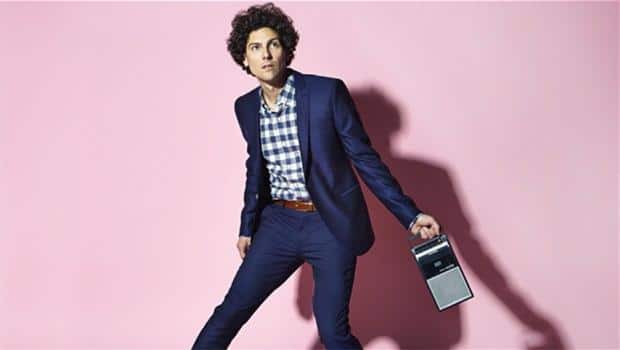 Adam is on the air each week on CBC Radio for In the Key of C, hosted by Craig Norris. He’ll choose three Ontario bands or artists that are releasing new music for your listening pleasure.

You can hear Adam during the show every Saturday evening at 5 p.m. on CBC Radio. In the Key of C can be heard across the province, except for the GTA. Hamilton listeners can hear this segment in the audio player above.

Here are this week’s picks:

Hamilton's Whitehorse is back with this smokey new single called Sweet Distaster. It's from the duo’s upcoming third album called Leave No Bridge Unburned that’s set to come out next year.

This track is sultry as all hell. It would totally fit in a Bond film.

Melissa McClelland’s voice is ridiculously smooth, and her husband Luke Doucet’s guitar playing has just the right amount of twang and tremolo in it.

Violinist Danielle Lennon is originally from Hamilton but now plays with the Kingston Symphony.

This track called Full Rotation is from her new album, String Theory.

The album is full of original compositions written for strings, piano and drums.

It straddles the lines between classical, jazz and avant garde music.

Jeremy Fisher: The Bride is Dead

The Bride is Dead is a new song from Ottawa’s Jeremy Fisher.

It’s a off his latest album called The Lemon Squeeze.

Fisher just released this new video for the song, and it was a top 10 finalist in the Ottawa International Film Festival Music Video Challenge.

You know when you hear a song for the first time – and it’s at just the right moment and you’re in the perfect mood for it?

Get ready for that to happen here. This track is unimaginably catchy.