Hearing begins for Const. Jeff Todoruck who arrested a local journalist on scene of a fatal accident in 2017. 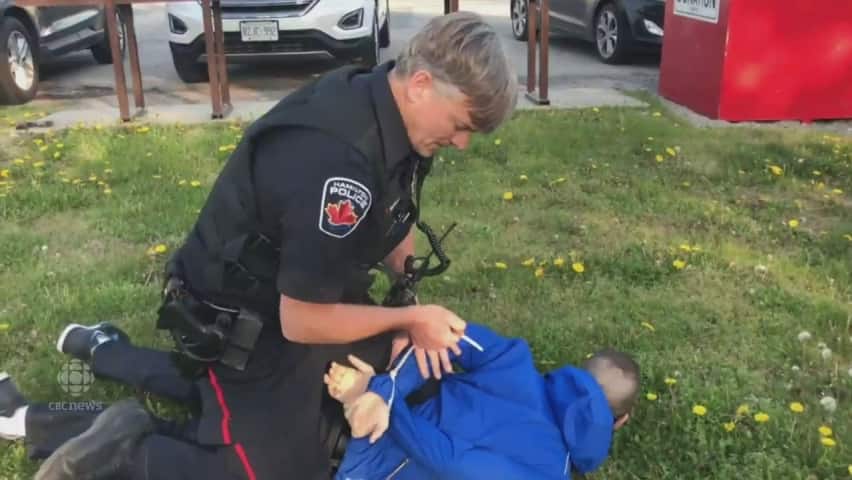 Former Global News journalist Jeremy Cohn says he still doesn't know why he was arrested by a Hamilton police officer nearly three years ago at the scene of a fatal accident.

The altercation with Const. Jeffrey Todoruck has had a "profound effect" on Cohn's wellbeing and ability to do his job, Cohn told a Police Services Act hearing on Tuesday.

The five-day internal disciplinary hearing held by Hamilton police was ordered by the Office of the Independent Police Review Department. It will examine witness testimony and evidence surrounding the arrest of Cohn, who is now a contract videographer at CBC News.

In May 2017, Cohn was filming the scene of an accident in Waterdown where a young girl was struck by a vehicle and killed.

Upon arriving at the scene, Cohn said he noticed that independent freelancer David Ritchie had been arrested and was sitting in the back of a police vehicle.

After Cohn had some interactions with Ritchie through the window of the police cruiser, Todoruck arrested Cohn. According to Cohn, his right shoulder was grabbed by Todoruck who then brought him to the ground, placed his knee in his back and bound his hands together with plastic zip ties.

At Tuesday's proceedings prosecutor Brian Duxbury invited Cohn and freelance journalist Andrew Collins to testify. Collins was also on the scene of the accident that day and witnessed Cohn being arrested. Both testimonies included video evidence.

Cohn's video, which is about five minutes in length, starts off by showing the scene of the accident. A few minutes in, Todoruck is heard saying "I've asked you to get out of here." The camera is suddenly rocked around, showing the sky and ground and Cohn says "do not touch me."

Todoruck then tells Cohn he is under arrest and tells him to drop the camera.

The second piece of footage, provided by Collins, shows Cohn on the ground as Todoruck arrests him and then lifts him to his feet. During Collins's testimony, he said Todoruck displayed a "heated demeanor."

'I've never seen an officer do that,' journalist says

At the end of the video, Todoruck drives away in his police car and flashes his searchlight. Both Cohn and Collins claim he flashed the light at media.

"I've never seen an officer do that," Collins said, adding that it was "totally out of the ordinary."

Each witness was cross-examined by Todoruck who said he believed there were inconsistencies in the videos and witness statements.

The hearing will continue Wednesday at Hamilton Police headquarters and is expected to be completed by March 9.

Cohn has also filed a civil lawsuit against the Hamilton Police services board and Todoruck.

According to the statement of claim, he is seeking $700,000 for negligence, false arrest, false imprisonment, assault, battery and "intentional infliction of mental suffering." In addition to that, he's seeking $200,000 in punitive, aggravated and exemplary damages.

Ritchie was initially charged with obstructing police and resisting arrest, though both charges were later dropped after he reached an agreement with the Crown to do 10 hours of community services and donate $250.