Hamilton police are asking for the public’s help in identifying the mob of at least 30 vandals involved in Saturday night’s parade of mischief through the Kirkendall neighbourhood. Police estimate at least $100,000 of damage.

Hamilton police estimate the damage caused Saturday to be around $100K

Hamilton police are asking for the public's help in identifying the mob of vandals who went on a rampage in the Kirkendall neighbourhood near downtown Saturday night — setting off fireworks, damaging vehicles and throwing rocks at store windows — causing an estimated $100,000 of damage.

"I was actually shaking," said Krista Boyd, who was driving on Locke at the time and had to stop her car.

"They weren't even moving out of my way. They were around my car, walking around me." The guy looked like he was going to throw something and I was like 'Well this is bad,'" said Boyd.

Tristan Persaud, who lives on Locke Street with his wife, heard the disturbance.

"We heard fireworks and looked out the window to see where they were coming from and then saw this mob of 30 or so in black hoodies walking down the street, throwing recycling bins and other objects into the street, and then egging and throwing rocks through shop windows," said Persaud.

Extremely concerned about what's happening tonight in my neighbourhood in <a href="https://twitter.com/hashtag/HamOnt?src=hash&amp;ref_src=twsrc%5Etfw">#HamOnt</a>. Stay safe everyone.

"This is a criminal act, no doubt about it. It's not a peaceful assembly of people obviously, so it's being investigated as such," said Hamilton police Insp. Paul Hamilton, who was duty inspector last night.

"Right now my estimate is that there's 10 mischiefs occurred that we've located and that includes businesses along Locke as well as some vehicles in and around that area and the estimate is about $100,000 worth of damage," said Hamilton. 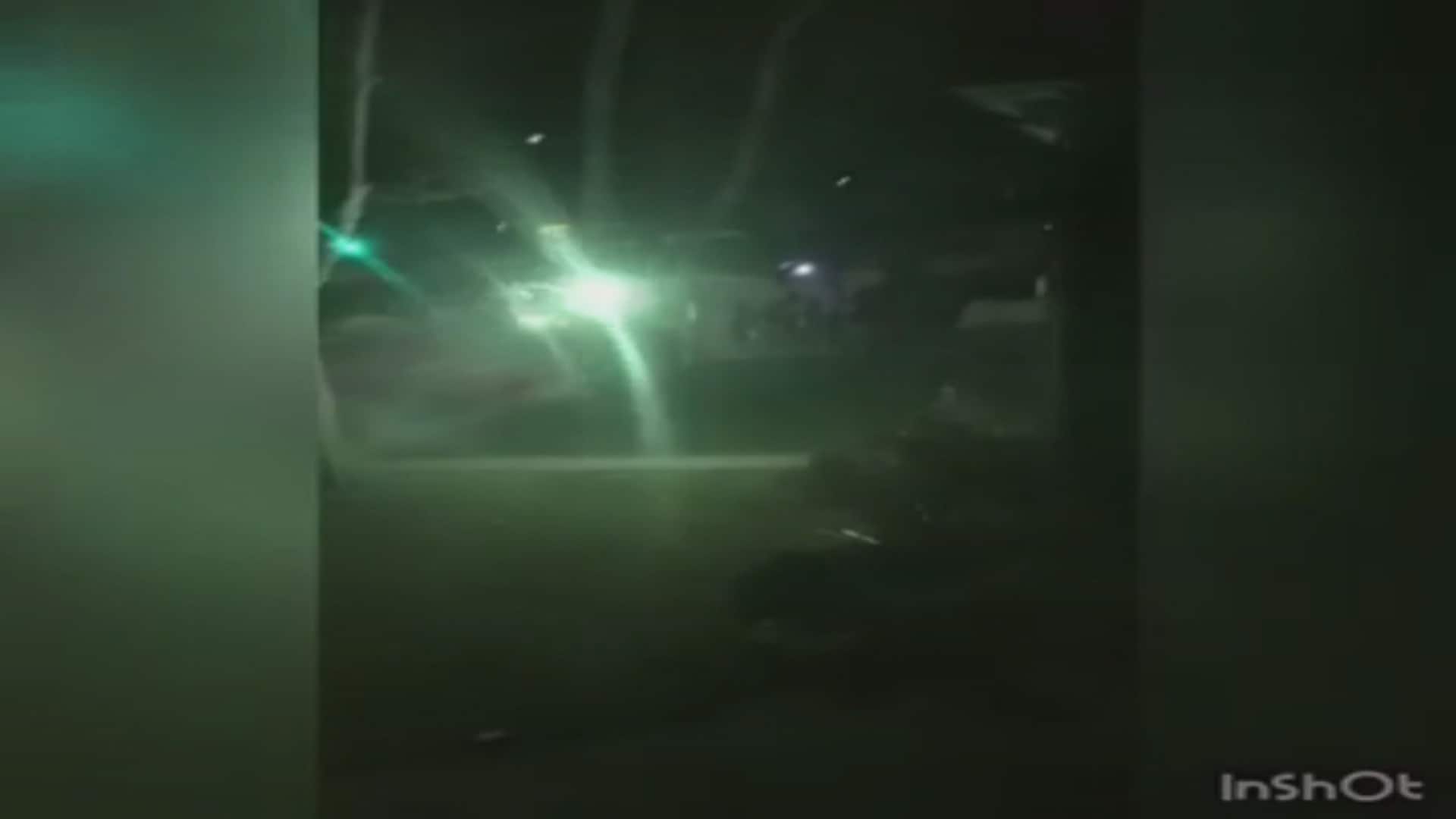 3 years agoVideo
0:28
This user-submitted video shows fireworks being set off on Hamilton's Locke Street as a large mob walks by. 0:28

Police say the group quickly dispersed upon arrival of the police, many discarding their clothing as they fled.

"We collected a number of pieces of evidence that were left behind and we're going to continue to investigate with the hopes of laying some charges here," said Hamilton. 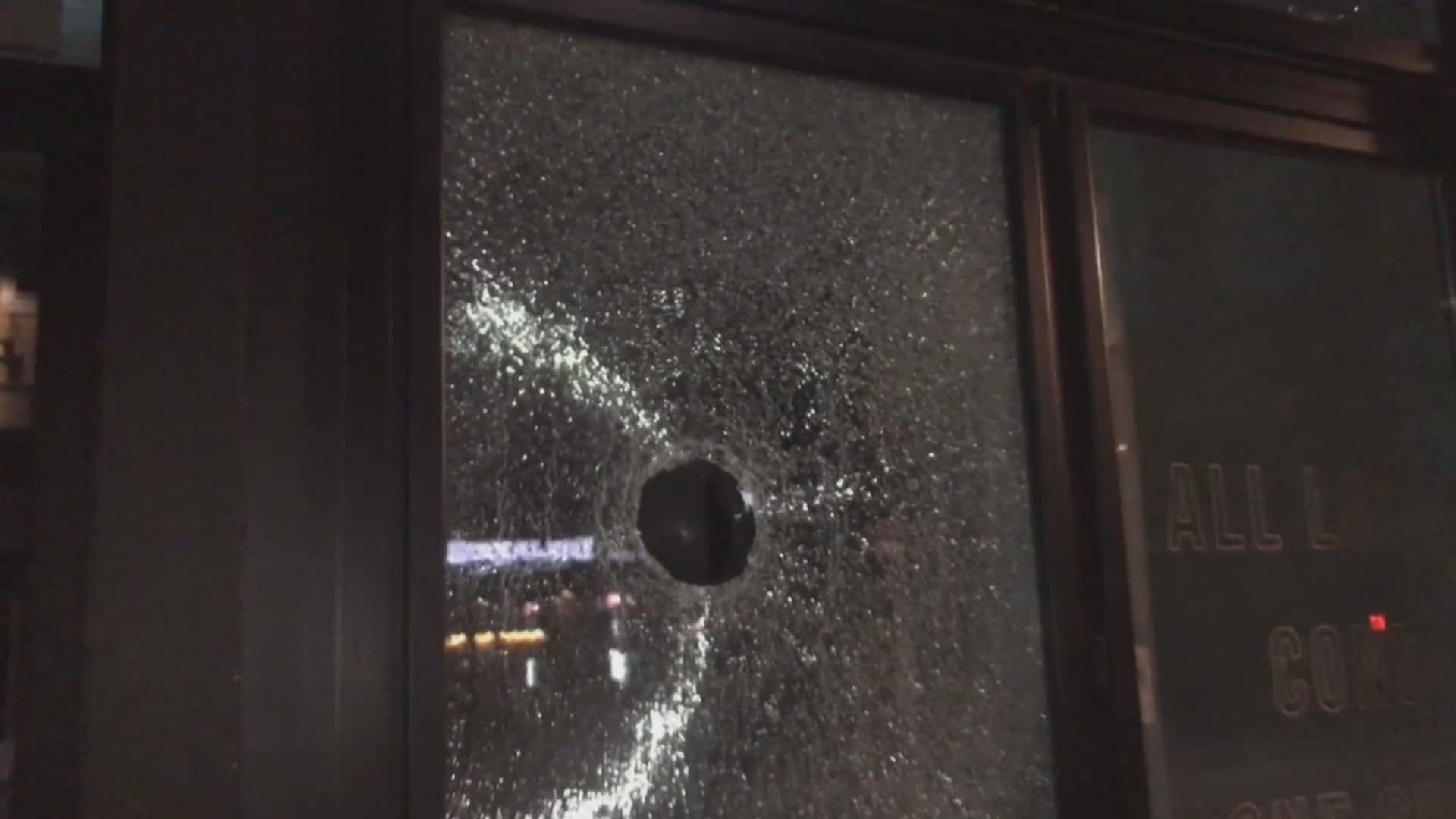 3 years agoVideo
0:32
This user-submitted video shows damage to a storefront caused by a group of vandals in Hamilton 0:32

MPP for Hamilton Centre and Ontario NDP leader, Andrea Horwath went on Twitter last night to say that she was "extremely concerned" about what was happening in her neighbourhood.

She's called it, #LoveLockeDay" and wants to show that the community won't be intimidated, while supporting hard-working local businesses that have been damaged.

Locke Street Business Improvement Association chair Tony Greco says, "It's a sad day for our neighbourhood. For our businesses."

"Most of these businesses are independently owned. Mom and pop shops. On their feet for 12 hours a day. It's going to be costly for some of these people," said Greco.

In a statement Sunday, Hamilton Mayor Fred Eisenberger said that he was disappointed by the "random and senseless" acts of violence and vandalism.

"The damage inflicted on Locke Street properties was abhorrent, unjustified and against what we believe as Hamiltonians," said ‎Eisenberger.

"I encourage everyone to show their support and visit the Locke Street BIA shops and continue to support these small businesses."

"It is inspiring to see so many friends from all over Hamilton on Locke today, showing solidarity with the merchants and the workers of Locke Street, and with Kirkendall neighbours," said Johnson.

On social media, Donut Monster, located at 246 Locke St. S. announced that they would have very few, if any, doughnuts because their storefront was hit by the vandals, and they had to call off their night baking staff.

"Eight of our windows were smashed. We got hit pretty hard. It was pretty devastating to walk into that," said owner Reuben Vanderkwaak.

That didn't stop customers from visiting Donut Monster, despite the shortage. The shop was offering coffee and tea only.

"I'm feeling the support of the customers," said Vanderkwaak.

"We're looking at any possible links to a book fair that was being held in the city yesterday. There's an anarchist book fair being held at Westdale high school all weekend," said Hamilton.

Hamilton says police haven't identified any specific group. "It's just the fact that we're aware that this book fair was taking place. It's an annual event and we're going to be investigating to see if there is any links."

A number of police resources were dispatched from all three patrol divisions to the area, including the ACTION Team, Mounted Unit and Emergency Response Team.

Police are asking for anyone who lives in the area or had their property damaged or witnessed the event, to contact Det. Jamie Simpson at (905) 546-3816.