A 53-year-old Hamilton man has been charged with leaving a child unattended.

Another boy in Burlington, Ont., died after being left in a hot car last week

A Hamilton woman and her fiancé rescued a small, scared boy from a sweltering car Saturday, less than a week after a boy in nearby Burlington, Ont., died after being left in a hot vehicle.

Monique Mead said she and her fiancé pulled into the parking lot of the Walmart at the Upper James Supercentre around 5:40 p.m. and found a boy locked in a car and "soaking wet from head to toe in sweat."

The child looked "about six years old" and was "freaking out and jumping around," said Mead.

A 53-year-old Hamilton man has been charged with leaving a child unattended under the Child and Family Services Act.

Mead's fiancé pulled out some tools and was ready to smash the car's window, when she managed to calm the boy down and show him how to unlock the door.

"We opened all the doors and he was really scared," she wrote in a Facebook message to CBC News.

The couple called 911. Mead said about 10 minutes later a man came out of Walmart and told them the boy was his friend's son.

The man told Mead the child wanted a drink, but didn't want to come into the store, so he left him in the car with the doors locked and windows closed tight.

Don't ever leave your kids or someone else's kids in a hot car.- Monique Mead

David Thompson from Hamilton EMS confirmed a child had been treated for exposure to heat.

"We responded to a heat-related illness and treated a child at the scene," he said. "They were released back to the care of their father."

Hamilton police confirmed the couple "coached" the child on how to unlock the hot car.

Another boy died after being left in hot car

The rescue came just days after a boy police believe to be three years old died after being found in a vehicle outside of a faith-based television station on North Service Road in Burlington on May 23.

Halton Regional Police released the findings of an autopsy that listed the preliminary cause of death as hyperthermia, "consistent with the child being left in a vehicle." 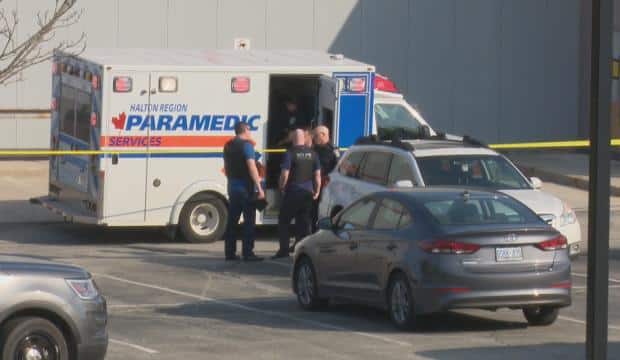 The boy's death led to warnings from Hamilton doctors and EMS that leaving children in a hot car, even for a few moments, can be deadly.

It's a caution Mead says she fully supports after Saturday.

"No matter how long you think you'll be in a store don't ever leave your kids or someone else's kids in a hot car."