Haldimand, Norfolk mayors get haircuts to protest exclusion from next stage of reopening

The mayors of Haldimand and Norfolk counties in Ontario sat down for a haircut Tuesday in defiance of the province's regional reopening rollout that excluded their communities.

Premier points to mayors' concerns about cottagers: 'You can’t have your cake and eat it, too'

The mayors of Haldimand and Norfolk counties in Ontario sat down for a haircut Tuesday in defiance of the province's regional reopening rollout that excluded their communities.

Haldimand Mayor Ken Hewitt said his counterpart Kristal Chopp called him to set up the protest, saying they're both "quite frustrated and angered" that their areas were not part of plans to open up more businesses and services across the majority of the province starting Friday.

"It's us fighting for our local business owners," Hewitt explained.

"I truly don't believe it's fair that a hairstylist in Brantford can be open, but 15 minutes down the road that hairstylist can't because the numbers we have suggest differently."

Premier Doug Ford, meanwhile, referenced past concerns from Haldimand and Norfolk when it came to banning cottagers during the pandemic and accused the mayors of trying to have it both ways.

"It wasn't longer than two to three weeks ago that we had the two mayors from there … shouting and screaming they're going to fine any cottager that comes up," said Ford during a media update Tuesday where he described Hewitt and Chopp as the "most outspoken" mayors in the province.

"All of a sudden — bingo — they're out there getting a haircut, saying they want everyone to come up."

The province announced Monday it was planning to further relax restrictions.

Twenty-four of Ontario's 34 public health units will be allowed to move into Stage 2 on Friday. The remaining 10, concentrated primarily in the Greater Toronto and Hamilton Area (GTHA), will need to wait until new daily case numbers consistently decrease. The premier said the decision will be reviewed on a weekly basis.

Under the new guidelines, tattoo parlours, barber shops and salons will be able to open up as long as proper health and safety measures are in place.

That's where the idea for the haircuts came in.

Cam Carter, chair of the Downtown Simcoe Business Improvement Association, said the protest was organized by the mayors alone.

"We have a long history and lots of great customers we're hoping … won't go out of town to get that haircut or any other purchase," he said. "We're asking people for their patience."

The mayors issued a joint statement Monday saying the province's decision to hold their areas back from the next stage of the reopening plan was made after "absolutely no consultation with our medical officer of health, and for reasons that remain unclear."

"Truthfully my issue isn't opening or not opening," Hewitt said.

Ford used that exact phrase when questioned about claims some areas weren't notified before his announcement.

"We're all in this together, so it's not time to be finger-pointing," he said, pledging to follow up with every community. He said as long as case numbers go down, the rest of the province should be able to enter Stage 2 in a matter of weeks.

Still, Haldimand-Norfolk has seen a "massive spike in their area," he said. "We have to do the responsible thing."

Health and Social Services Haldimand and Norfolk reported 397 lab-confirmed cases of COVID-19 during the pandemic, 140 of which are considered recovered. Thirty-one people in the counties have died of the disease caused by the novel coronavirus.

Hewitt said many of those cases are connected to the Anson Place Care Centre, a nursing home in Hagersville where 71 residents tested positive and 27 died, as well as farms run by Scotlynn Group where at least 164 of 217 workers have tested positive for the virus.

Outside of those outbreaks, the numbers for the counties are as "consistent as anyone else's," he said.

Live video of the haircuts was shared by local radio station 98.9 MyFM on social media, where several residents posted critical comments and questioned the purpose of the protest.

Hewitt said as a leader he tries to make decisions that encompass the ideas and thoughts of those he represents, and acknowledged his actions might not align with everyone's opinions.

He also pointed to the actions of Prime Minister Justin Trudeau and Ford.

"We had a prime minister protesting in the middle of a public park with many people around him not socially distant. Is that a good, bad or ugly decision? That's for many people to decide," said the mayor.

"We had the premier making different decisions along the way that some people would like and not like. I think from my perspective, elections always reflect the support and lack of support you have from your community, and that's when people can certainly make their position known."

Trudeau took part in an anti-racism protest on Parliament Hill, while Ford has drawn fire for visiting his cottage and seeing family members during the lockdown.

Ford called Hewitt and Chopp's protest "ironic," saying their stance seems to have turned 180 degrees in a matter of weeks.

"They're the last two mayors in the whole province ... that I would think would be doing this, but this pandemic does strange things for people. You can't have your cake and eat it, too." 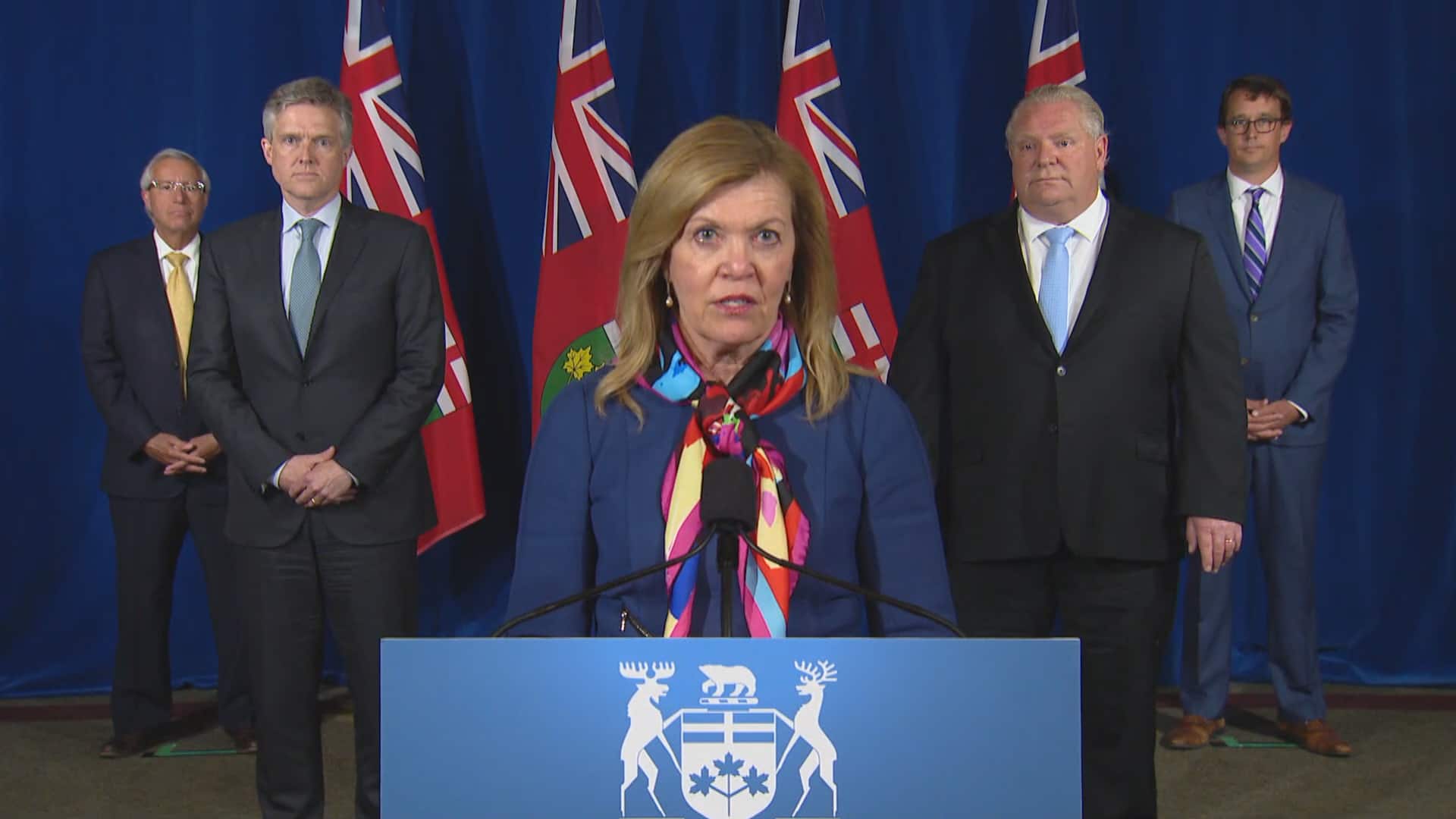 4 months ago
1:11
Ten regions will not be able to move into Stage 2 on Friday but the province says that this decision will be reviewed on a weekly basis. 1:11

With files from CBC Toronto