'She played us like a piano': Landlord fights for months to evict tenant with long criminal history | CBC News Loaded
Hamilton·Go Public

'She played us like a piano': Landlord fights for months to evict tenant with long criminal history

Nova Scotia landlord Jim Johnson had to fight for months to evict a career criminal from his rental property after she repeatedly failed to pay rent. Concerns over so-called professional tenants, who work the system living for months for free, have led to calls for a provincial registry of repeat problem tenants.

Elizabeth Critchley contacted Go Public after publication, saying: "There are two sides to every story." She denies taking loans from Jim Johnson and failing to pay him back.
Critchley did not want to answer questions about trying to rent out Jim Johnson's duplex as her own to Tanya Gerrard, citing the criminal charges she now faces in relation to that.

Landlord Jim Johnson had to fight for months to evict a career criminal from his rental property after she repeatedly failed to pay rent.

When it was all said and done, Johnson was out $12,000 in rent — and swindled out of tens of thousands of dollars more, he says — after leasing his half duplex in Bedford, N.S., to Elizabeth Anne Critchley in December 2016.

Johnson, who has been a landlord for 40 years, says he felt he did his due diligence when he accepted Critchley as a tenant — checking her references and getting everything in writing.

But he didn't do a criminal record check. What he didn't know is Critchley — who Go Public found also goes by Betty Drake, Betty Burns and Elizabeth Anne Drake — has a criminal record that dates back more than 25 years and includes more than 120 convictions, many of them for fraud in Nova Scotia, Prince Edward Island and Ontario.

Critchley made up stories, playing on his sympathy, about why she couldn't make rent and needed loans from the senior and his wife, he says.

By the time he went to the Nova Scotia Residential Tenancies office in May, he was in a financial mess.

I beat myself up for being so goddamn stupid.- Jim Johnson, former landlord

"To say we're financially destroyed is an understatement," he says.

Johnson says the problems were only compounded by delays in the process to evict Critchley.

He says the system moved so slowly, it allowed her to live in his duplex for three more months without paying a cent.

"The tenancy board, in my opinion, takes care of the tenants and the landlords are on their own."

Go Public's investigation also found while Johnson waited for his case to wind its way through the residential tenancy system, Critchley was renting out his duplex as her own.

Tanya Gerrard said she gave almost $1,100 to Critchley, who she knew as Betty Drake, when she answered a rental ad for half a duplex.

Gerrard discovered the truth when her partner pulled the land title for the property that listed Johnson as the owner.

They showed up at Johnson's residence to introduce themselves as the new tenants.

"He was quite floored by that. Because he had no intention of renting his duplex out after he got his woman out," Gerrard says.

Johnson says he has no interest in dealing with another tenant after what he went through.

Gerrard provided Go Public with recorded telephone conversations she says are between her and Critchley.

In the recording, the woman identified as Critchley explains why she can only take cash for a deposit. 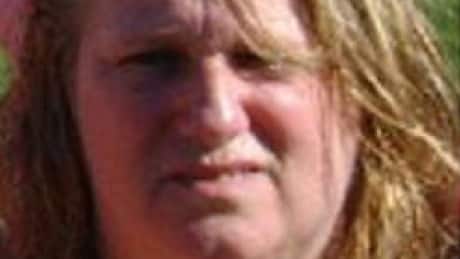 0:49Listen to this phone call recording
In this recorded phone conversation, Elizabeth Drake, aka Elizabeth Critchley, explains why she can only take cash for a rental deposit.

Critchley now faces charges related to Johnson, Gerrard and others, including two counts of fraud over $5,000.

She didn't respond to Go Public's requests for comment.

'I'm … struggling to pay my rent as well'

Landlord advocates say weak rules in certain provinces favour bad tenants by allowing them to manipulate the system so they live for free for months, then leave without ever having to pay a cent of what they owe.

Linda Chai, of Hamilton, knows first-hand what can happen to landlords.

The university student took over the landlord role from her parents, who own a house, because they temporarily moved back to China to care for her sick grandmother.

Chai's tenant did pay rent at first. He moved in in May and stopped paying rent in July.

"He said he had a financial hardship. I said it's OK to pay later, but he kept making excuses for not paying the rent. I'm also a student, struggling to pay my rent as well," Chai says.

She took her complaint to the Ontario Landlord and Tenant Board and spent months trying to get her tenant to pay the $7,000 he owed her.

In mid-October, the process was finally complete and the board ordered him to pay the money or move out.

He did pay, but Chai says his next rent cheque for November bounced.

She now has to start the long eviction process all over again.

Chai tracked down her tenant's former landlords and found he had a history of not paying rent.

"My first reaction was 'wow, he's a professional tenant. He knew the law inside and out. He's taking advantage of me.'"

Former landlords Homa and Ben Sharifi are out more than $3,000 after they evicted the same tenant from their Hamilton rental property in May.

It took the couple almost four months to get through the system.

It's your choice to go after them if you can find them, if you have the time and energy. It shouldn't be like that.- Homa Sharifi, landlord

"I think the system allows these people to take advantage," Ben Sharifi says.

"It's your choice to go after them if you can find them, if you have the time and energy. It shouldn't be like that," says Homa Sharifi.

The Federation of Rental-Housing Providers in Ontario says delays are happening in each step of the eviction process.

"It's more difficult and time consuming … because of the processes they have in place," says John Dickie, president of the Canadian Federation of Apartment Associations.

He says the systems in Ontario, Nova Scotia and Quebec take much too long, with eviction processes taking typically between 3½ to five months.

Dickie says delays put landlords at a disadvantage by giving problematic tenants too much time to rectify a problem or by leaving landlords waiting months to get to the tribunal stage where an eviction notice is issued.

He says bad tenants end up hurting responsible ones by driving costs up.

"Professional tenants really play the system. In doing that, they rip off their landlords. Many people don't have sympathy for the landlord, but if too many landlords get ripped off, too often they want higher rents to compensate for that," he says.

"More and more I hear from people in the community who say, 'I don't want to be a landlord because I know all the rules are against me.'"

According to a recent report, out of about 1.3 million rental households in Ontario, about 4.5 per cent of tenants will face potential eviction.

Earlier this year, Ontario made changes to its Residential Tenancies Act, aiming to strike a balance between the rights of landlords and tenants rights.

Ontario MPP and housing critic Ernie Hardeman says some of the changes have backfired, pointing to one that makes the process even longer.

Tenants who fail to show up at a first hearing now automatically get a second one that sometimes takes more than a month to reschedule.

"Meanwhile, that apartment is lived in by someone we all know is not going to pay the rent," he says.

Hardeman says part of the solution may be a provincial registry of repeat problem tenants that can be checked before renting out a unit.

"We need a system to be able to find people who are doing this professionally, who have figured the system out," he says.

"Not people who have missed rent once, but some way that I can find out if it's someone who has been at the landlord tenant board three or four times in the last year."

Meanwhile, Johnson says he's been trying to find out where his former tenant lives now.

"What I'd like to do is give her new landlord the heads-up. This is what you're dealing with."