Christopherson, an autodidact with a ninth grade education, went on to become a cabinet minister

David Christopherson, who's been in politics more than 30 years, issued a statement Thursday saying he won't run again.

"I have made the decision to not seek a sixth term as Member of Parliament and I plan to step away from public life when my current term expires in October 2019," Christopherson said.

Christopherson has served as a Hamilton Centre MP, MPP and city councillor.

He served as an MPP from 1990 to 2003, including stints as solicitor general and minister of correctional services in the Bob Rae government and as house leader under Howard Hampton. In 2003, he unsuccessfully ran for mayor of Hamilton. He's served federally since 2004.

Christopherson, 63, has been reelected even when his party was unpopular, including after the Rae government's term.

He said in 2015 that he was prepared to be swept away by Justin Trudeau's red wave.

"I've been in a number of those tsunamis, coming in and going out," he said then. "They are powerful forces of political nature."

Christopherson took an unusual path to politics, but one that was true to his Steeltown roots.

He dropped out of high school after ninth grade, but educated himself through years of voracious reading. At 19, he started work at International Harvester, where he remained for 11 years. He was also one-time president of the now-defunct United Auto Workers Local 525.

Christopherson said Thursday that he "truly love(s) our city and the people who call it home."

"I have loved my time as your Member of Parliament and I can't thank you enough for your support. My staff and I will continue to work hard during the remainder of my term in office and I look forward to seeing many of you in the community over the next 15 months."

In another life, I think he would have been a southern Baptist preacher.- Matthew Green, Hamilton city councillor

"David dedicated his career to the idea that governments belong to the people."

But the pair haven't always seen eye to eye. In March, Singh removed Christopherson from his role as vice-chair of a powerful parliamentary committee. He did this after Christopherson supported a Conservative motion protesting the Liberal government's changes to the summer job program.

He puts the people above the partisanship.- Filomena Tassi, Liberal MP for Hamilton West-Ancaster-Dundas

Matthew Green, NDP supporter and Ward 3 councillor, has fielded questions over whether he'll seek the nomination. He wouldn't talk about that Thursday.

"Today is really about David Christopherson and the 33 years of leadership and public service to Hamilton," he said.

Christopherson, he said, is "the quintessential people's champ, an underdog who came up through labour."

Christopherson is also known as being a powerful public speaker. "There are very few people who can command a stage like David Christopherson," Green said.

"In another life, I think he would have been a southern Baptist preacher."

She's had to speak after Christopherson at community events, she said, and "following him is always a tough act." 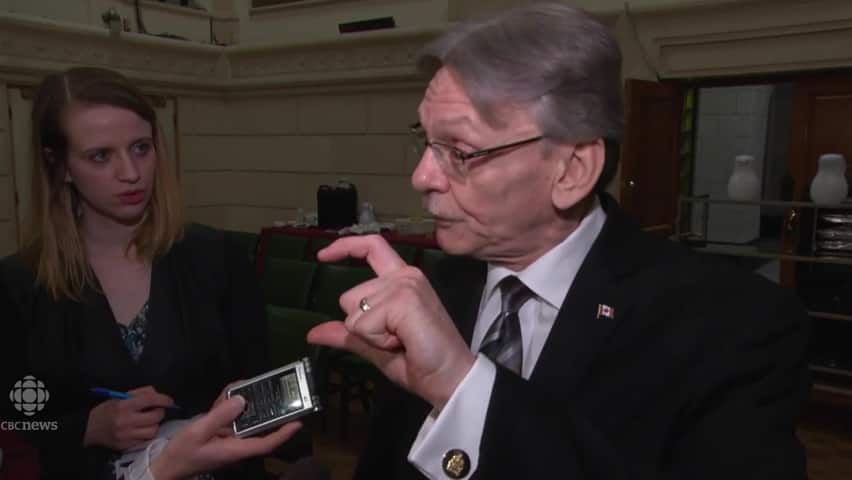 4 years agoVideo
2:32
NDP MP David Christopherson discusses the ongoing filibuster at the Standing Committee on Procedure and House Affairs, then offers hope after the committee is suspended until Wednesday afternoon. 2:32 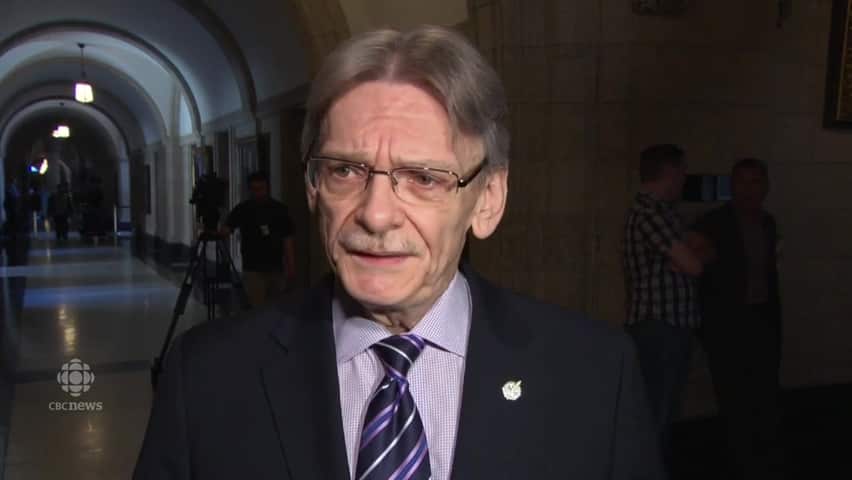 4 years agoVideo
1:36
Hamilton NDP MP David Christopherson explains why this Bill is a way to honour his friend Mauril Belanger 1:36

Tassi ran against him for the Liberals in Hamilton Centre in 1995. She's recently served with him on the parliamentary procedure and House affairs committee.

"He puts the people above the partisanship," Tassi said. "I just think that's so important. When I've worked with him, my experience is he's always treated me as a friend and colleague and not a rival."

David Sweet, Conservative MP for Flamborough-Glanbrook, worked with Christopherson in several capacities, including on the parliamentary steel caucus.

"You always knew where David was at on an issue, he kept his word and was always dignified in our interactions," he said. "I will truly miss working with him."

"From one Steeltown scrapper to another: thank you."