Hamilton at 'critical point' when it comes to COVID-19, but blanket shutdown unlikely

Hospital and city officials are making preparations and closely monitoring COVID-19 cases in Hamilton as it reaches a "critical point" on the brink of a second wave of COVID-19.

Hospital and city officials are making preparations and closely monitoring COVID-19 cases in Hamilton as the city reaches a "critical point" entering a second wave of COVID-19.

However, it's unlikely the city will see the same kind of blanket shut down that saw parks wrapped in caution tape, community centres shut down and waste collection scaled back when the virus first hit Hamilton in March.

That's because of the way the COVID-19 is currently spreading, explained Paul Johnson.

Public health's tracing shows the new cases are tied to choices people are making in their personal and social lives, which are outside realms controlled by the city.

While there's "concern" about the growing number of cases in across Ontario and the city is at a "critical point," there's "still no clear indication in Hamilton that we need to ... shut down things," he added.

"We're fully operational we're ready to go at a moment's notice, but at this stage in Hamilton we're really going to continue to push that people have it in their ability to keep our numbers down."

There are 102 active cases of COVID-19 in the city as of Tuesday, 41 of which cropped up over the weekend, marking the largest jump since May.

Ontario is entering a second wave of the virus, said Premier Doug Ford Monday, one which will be "more complicated, more complex" than the first. 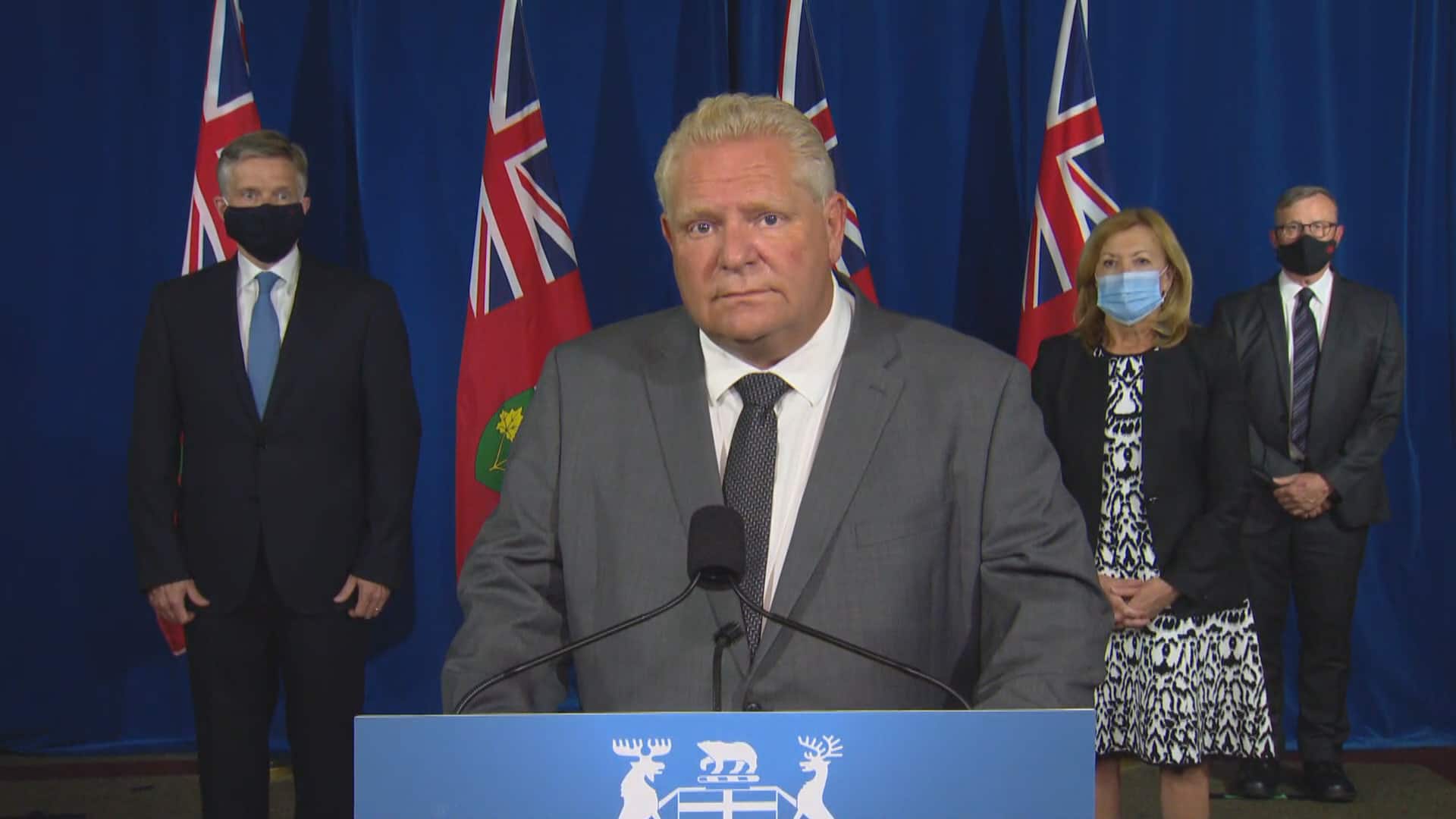 5 months ago
1:21
Ontario is now in the second wave of the COVID-19 pandemic, Premier Doug Ford and health officials said Monday. 1:21

Dr. Elizabeth Richardson, Hamilton's medical officer of health, said the rise in cases locally has been an "ongoing trend," noting she's "not happy about it." She pointed to people socializing without masks, physical distancing or washing their hands.

Melissa Farrell, president of St. Joseph's Healthcare Hamilton, also called the fact cases have been rising "exponentially" in the past month part of a "concerning trend."

While Hamilton isn't as deep into a second wave of COVID-19 as other cities such as Toronto and Ottawa —which reported 251 and 105 new cases respectively Tuesday — it's "certainly on the cusp," she added.

"Obviously we are as concerned as the rest of the health sector," said Farrell.

"We have started to see COVID again within our community and within the organization."

In response, St. Joe's is bringing back its incident command table to make "rapid decisions" as the situation evolves, said its president, noting ensuring the right people are in the room is important when managing " a crisis like this."

Hospital has a good supply of PPE

It's also put together plans for patient beds including mapping out where capacity could "flex up" if hospitalizations spike.

The hospital's website showed it's caring for one person with COVID-19 as of Monday afternoon.

"We feel quite confident that we have a good supply of personal protective equipment (PPE)," said Farrell, noting that in some ways the hospital and its staff have had more time to prepare for a second wave than they did the first time around.

"A lot of pieces we need to have in place for wave two we're feeling very confident that we're prepared for."

One aspect of care that could be handled differently is surgical capacity.

The majority of procedures were halted when the virus first hit Hamilton, but Farrell said her team doesn't want to flip a switch and "turn everything off" again as it continues to work through the backlog. Instead, St. Joe's hopes to dial operations back only as needed based on community spread.

At this point, staff have been wearing PPE for months, so some of the initial learning curve from the first wave has been flattened, but they're also dealing with fatigue from fighting the virus.

"We are so proud of what they've done," said Farrell. "There's so much strength and capacity in our healthcare workers, but man oh man are they tired."

Johnson echoed the same, familiar refrain, again reminded people to keep their social bubble small and to maintain at least two metres of distance, saying he's "disappointed" the virus is being spread in social situations.

"That has nothing to do with getting back to life, that has to do with forgetting the fundamentals of what will stop the spread of this virus."