9 things to know about the coronavirus: CBC asked an infectious disease specialist 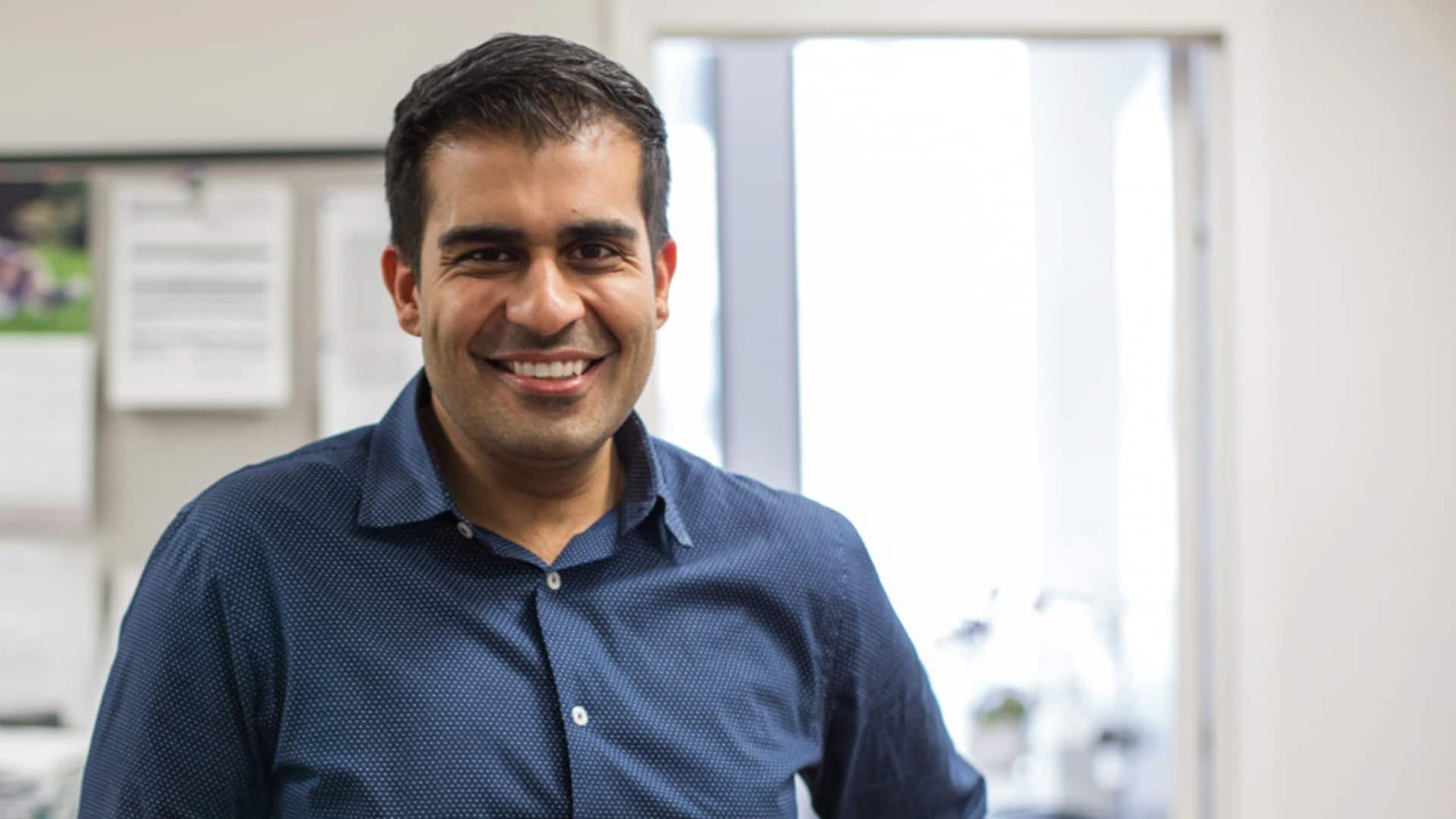 What you need to know about coronavirus: CBC asks an infectious disease specialist

Clarification: This story was originally published March 4, 2020. Much of what we know about the COVID-19 virus has changed since this interview. The information shared here regarding travel and how to protect yourself should not be considered most up to date but the instructions around hand washing are still useful.

In Canada, public health officials have reported 33 cases of COVID-19. The virus emerged in China late last year and has spread around the world. According to Tedros Adhanom Ghebreyesus, director-general of the World Health Organization,  "about 3.4 per cent of reported COVID-19 cases have died."

While the Public Health Agency of Canada says the risk is low in Canada, Dr. Theresa Tam, Canada's chief public health officer, said it's "important for each of us to be prepared for all scenarios."

So, how do we prepare? How do we protect ourselves and the people around us?

We asked Dr. Chagla. Here's what he had to say. Read below for an abridged and edited version of his Facebook Live interview with CBC's Conrad Collaco or click on the play button above to watch the entire interview.

When compared to the flu and SARS how serious is this virus?

Dr. Chagla: SARS is probably the closest example to this coronavirus. They are cousin viruses. In 2002 SARS infected, not a lot of people, about 3,000 total. But the issue was about a quarter of them did ultimately pass on from the illness. So SARS was a viral infection that, didn't infect a ton, but caused a lot of death. Influenza is kind of the opposite. We deal with this on a year to year basis. We had, obviously, a very bad year in 2009 with the pandemic influenza.

What should people be doing to protect themselves?

The advice we're giving people is very similar to what we give people in the typical flu season. The way we can track this virus is really by respiratory droplets — those big droplets that people expel when they cough or sneeze or those droplets getting on surfaces and then touching eyes, ears, nose, mouth and getting it into the person that way.

The protection for the average person is the big things of washing your hands regularly, especially when you're touching those high touch surfaces, making sure that if you have to cough or sneeze that you cough and sneeze into your sleeve rather than on your hands where you can transmit it person to person. If you're sick, stay home and avoid infecting the public. So those are the big pieces of advice and stay standard throughout this season regardless of coronavirus.

This question comes in from Louise. "My husband and I are planning a trip to the Maritimes next week. We hoped to drive down and visit for about 10 days. I am concerned whether this is advisable or not? We would be staying at hotels on the way down and then with family in the Maritimes. The trip is not essential. I had hoped to visit family and friends and soak in some of that great salt sea air. Oh, and eat lots of seafood. Would you advise postponing the trip or do you think it would be an overreaction to cancel?

That sounds like an incredible experience. There are some concerns around travel and as we know this is a disease where most of our cases in Canada have been related to travel or contacts of those who have traveled. Outside of Canada the situation is a little bit different. We've seen other countries as close as the United States where there's been some transmission within those communities to people that haven't traveled.

So, generally for travel there is a risk that you could acquire the infection, although within Canada I think our situation is pretty stable right now. We haven't seen, in any of our studies, cases coming from the community. So a trip like that to the Maritimes is pretty safe. The other nice part of that trip is getting home isn't that difficult. You're driving out and you're driving back.

In Iran, China, Italy, South Korea and Japan, not only is the situation evolving and there is a risk of acquiring the infection abroad, but even if the situation changes and things like flights get delayed you know airports are shut down there may be difficulties getting back home. We saw that in some Canadians that were originally stuck in Wuhan.

This may evolve in a country during a trip. There are case transmissions ongoing in Spain and France and Germany where we don't know what the situation is going to be like at the end of the week. So, bottom line is I think it's still safe to travel. Be very careful traveling to those zones of the world that are very high risk. Be prepared. Have patience. Make sure that you have a stable supply of medications you have trip cancellation and travel insurance. Be prepared that you may have some difficulties coming home.

At this time, very little is known about pregnancy — and a lot inferred from prior SARS and related MERS outbreaks. From the limited data, pregnant women may be at higher risk of becoming ill or going into preterm labour if they were to acquire COVID-19, but this is similar to influenza as well. The risk in Canada is fortunately low, and the most important thing is exercising good hand hygiene.

So, it's a really good question. I would, first of all, recommend everyone who's interested in what self-isolation looks like, both from the standpoint of the patient or family members, to look at the Public Health Ontario website. Someone who is symptomatic and is diagnosed with coronavirus living in an apartment, they would be told to self isolate at home. If you're doing well like 80 per cent of people you wouldn't think differently than any other season.

What is being done at St. Joe's to deal with the outbreak?

Ontario is very unique in that we dealt with SARS in 2002, really one of the few areas in the world that had to uniquely deal with SARS as part of its pandemic plan. So, we have had a plan in terms of how to deal with emerging infectious diseases for the last 20 years and really we've re updated that plan when we came down to H1N1 in 2009 when Ebola became an issue in West Africa.

A hospital is a mix between a ton of departments, clinical services, administrative services, infection control. For the last few weeks we've been really working to make sure all of those services are onboard to map through all of these scenarios so we're very prepared if people come to the emergency room needing to be assessed, if people need to be admitted from the emergency room, if we have a number of patients admitted to hospital. We've made preparations for those scenarios.

We've been sitting down fairly regularly going through the planning of what's happening today and what could happen tomorrow and what the worst case scenario could look like for Hamilton at St. Joe's.

From Johanne Guilbault on Facebook: Can you get re-infected?

It's a good question and the answer isn't necessarily out there yet. What's really remarkable about this infection is the amount of scientific literature and progress that's being made in such a short interval for this infection. It is very different than SARS or what was going on with the influenza pandemic in 2009.

There are reports of people having the virus a few weeks after originally being diagnosed. It's really unclear whether or not that's a re-infection or it's the person who's just shedding the virus for a long time and whether or not they're even infectious at that point. The jury is still out on if you could be re infected. The literature will come from China and Singapore and those areas of the world that have been heavily affected as they have more experience with this.

For health care workers assessing patients I think masks are obviously a value. You're dealing with someone that's actively ill. For people that are caring for infected patients like a household contact in isolation, masks are also pretty effective. In Canada we've only had about 20 cases in a population of 30 million. So, your odds of actually being exposed to one of those cases is probably the same odds as winning the lottery. Wearing a mask everyday, all day isn't necessarily going to offer you more benefit than washing your hands.

Putting a mask on and taking it off is actually not a simple procedure. And as we all know, we touch your face many times a day. If you take your mask off incorrectly and it has actually been exposed to the virus or any other virus that's circulating you're actually taking what's on that surface of that mask and putting it back on your face. You're actually making the problem worse not better. So, again, for the average person they're not really at high risk. Doing things like hand hygiene and really making sure they're not touching their face is probably the biggest intervention for that from a public health standpoint. Making sure we identify cases is probably the other big intervention but wearing a mask around really doesn't reduce your risk  that much and, in fact, if you don't do it properly you might actually increase your risk.

From April Almeida on Facebook: Is sanitizer as effective as soap and water washing? When you can't get to a sink, or traveling on plane?

So, 20 seconds of hand washing with soap and water or using a hand sanitizer are entirely the same. Good, old fashioned, soap and water is effective. What makes hand hygiene the most effective is doing it properly. So, making sure you touch all those surfaces on your hands and spending the time doing it. The areas of the hands that get missed, particularly, are these areas behind the thumbs where, if you're scrubbing like that, you're not really touching those areas. So, whatever you use is fine as long as you're doing it properly.

How long do you think it will be until this virus is under control?

It's a million dollar question. We're not near control today. Most of our federal agencies including the Health Minister, yesterday, had said you know there is a good eventuality that this may come to Canada and that we need to be prepared for it. In China, about two or three weeks ago, we were reporting 800 to 1,000 new cases a day. If you look at the stats from yesterday there was 115 new cases reported. It's a significant drop off in China.

So, there are signs of positivity. So I think it's gonna be an interesting couple of months to see what happens. But the scenario is there are some signs that the scenarios are getting better. Skip Scribble
CBC's Journalistic Standards and Practices|About CBC News