Here's a look at 7 moments from Hamilton's history that have had a national impact and matter in the history of Canada.

Over 150 years, Hamilton has made its mark on the history of Canada. Remarkable pioneering citizens have helped forge key parts of the country's identity and played key roles in some of its most memorable moments. Here is a look at seven Hamilton events/people that matter for Canada.

Elizabeth Bagshaw was a pioneering doctor, graduating in 1905 from Toronto Women's Medical College.

But she wasn't content just to disprove assumptions about women working as doctors in that era.

She also pushed against strenuous public objection and became medical director for Canada's first birth control clinic in 1932 – in Hamilton.

It was illegal to advertise contraception, yet Bagshaw's clinic saw the issue as a public health crisis. Women were dying and couldn't afford to keep having babies.

Bagshaw continued to work until she was 95. Contraception was finally decriminalized in 1969, and Bagshaw's clinic, the Birth Control Society of Hamilton, could finally operate legally.

She estimated that she delivered 3,000 babies in her life – often paying house visits by horse and carriage.

For her work she received the Order of Canada and a local school in Hamilton was named for her.

45 years ago
Duration 10:17
The Hamilton doctor and birth control pioneer is the guest on Front Page Challenge.

Around Hamilton, he was known simply as Linc — a man known for walking around the city's downtown, dispensing wisdom, chatting with everyone.

But to Canada, Lincoln Alexander was a trailblazer — our country's first black Member of Parliament.

Born in Toronto, Alexander attended McMaster University and Osgoode Hall law school. He was elected in Hamilton West as a Conservative in 1968, and served as Minister of Labour in Joe Clark's 1979 government — again, the first black man to do so.

He later became the first black chair of the Ontario Worker's Compensation Board, and Lieutenant Governor of Ontario, as well as chair of the Canadian Race Relations Foundation. He received the Order of Ontario and Order of Canada. He was also a Second World War veteran.

In 1946, more than 2,000 employees at Hamilton's Stelco plant went on strike over work-week hours, wages and the right to have a union.

It was one of the most significant strikes and labour force conflicts in national history, and inspired workers in other local companies, including Westinghouse and the Hamilton Spectator, to walk out on strike themselves.

At Stelco, the company brought in replacement workers but strikers stopped the flow of supplies to the plant. The company offered an increase in wages to those who stayed, and free room and board.

McMaster historians call the strike the "cradle of collective bargaining" and say the strike had lasting impact in Canadian labour relations. 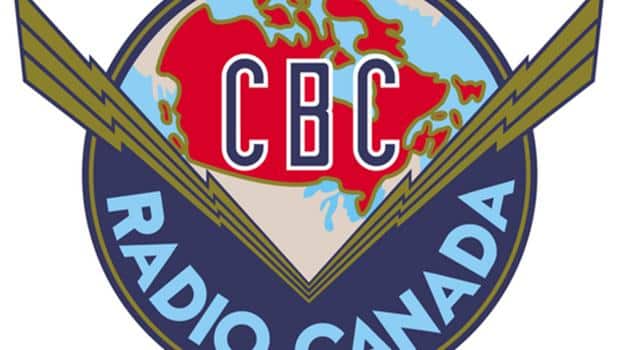 One of Hamilton's largest Canadiana claims to fame is a corporate one. It's the original home of Tim Hortons, the country's largest restaurant chain.

Hockey player Tim Horton and Jim Charade started the company in 1964. In 1967, they partnered with Ron Joyce, who assumed control when Horton died in 1974. He expanded Tim Hortons into a vast franchise that now includes 4,613 restaurants in nine countries, 82.4 per cent of which are in Canada.

Over the years, the company has moved on from its Hamilton roots. The headquarters are in Oakville now. The company has merged with Wendy's, then separated, then merged with Burger King in 2014. Now it's a subsidiary of Restaurant Brands International of Oakville, or which 3G Capital of Brazil is majority owner.

But the first Tim Hortons coffee shop is still in Hamilton (on Ottawa Street), and the brand's association with Canada prevails. Last year, Canadians spent $9.3 billion at Tim Hortons.

The 1987 Canada Cup at Copps Coliseum

In a country that's as hockey mad as it gets, one of Canada's most enduring on ice memories happened right here in Hamilton.

It's been almost 30 years since Canada's triumph over the USSR in what was then known as Copps Coliseum, which saw superstars Wayne Gretzky and Mario Lemieux team up to for the historic late goal that propelled Canada to a thrilling 6-5 win.

A massive celebration broke out at the rink, as the win marked the third of three tense games between Canada and the Soviets, with two games going to overtime. All were decided by identical 6-5 scores.

Alongside Sidney Crosby's golden goal at the 2010 Vancouver Olympics and the 1972 Summit Series win, the 87 Canada Cup win stands as one of Canada's all time best showings.

A reservist with the Argyll and Sutherland Highlanders, Cirillo, 24, was guarding the Tomb of the Unknown Soldier at the National War Memorial in Ottawa on Oct. 22, 2014, when a gunman approached from behind and fatally shot him.

The attack happened two days after another soldier, Warrant officer Patrice Vincent was killed in a targeted hit and run in Saint-Jean-sur-Richelieu, Que.

Thousands lined the streets just a few days later — first to catch a glimpse of Cirillo's casket coming back to Hamilton along the Highway of Heroes, and then again when he was honoured with a full military funeral in the city that was nationally televised.

Lt.-Col. Lawrence Hatfield, the commanding officer of the Argyll and Sutherland Highlanders, described the funeral procession as the regiment's "most sacred task."

"A soldier has fallen. An Argyll has fallen. And we, the regiment has been given the honour of taking care of the fallen," Hatfield said.

"He was a brother in arms."

Hamiltonians back home had some idea that a massive tactical move was happening in France on Aug. 19, 1942, but the details of its aftermath didn't trickle in for a few agonizing days.

The first news of death would have come from local radio stations, and listed only a handful dead. It wasn't until the coming days that people knew the full extent of the loss.

Fear gripped families as telegrams arrived by the dozens. People huddled around radios or flocked to the Hamilton Spectator building, where bulletins were posted outside.

In the end, the raid was a tactical disaster that cost the lives of 197 soldiers from the Hamilton regiment, who were among the 913 Canadians who died.

Of the remaining soldiers from Hamilton's contingent, 109 were wounded and 174 were captured as prisoners of war.

To this day, the Dieppe raid is marked every year in Hamilton.