A new program that encourages children at a recreational basketball league in Hamilton to read and build their-self confidence is being welcomed by the mother of one of those youngers and by the co-ordinator at the Steel Town Athletic Club.

Coach asked people to donate books, by Bell Hooks and others, which he assigned to the under-14 team

When Sandra Pellegrini's 12-year-old son Jackson came home with a book from his basketball coach, she knew right away "it was a great idea."

Pellegrini didn't know it, but earlier in January, his son's basketball coach, Mohamad Bsat, took to Twitter with an unconventional request for donations to the team.

Bsat — a volunteer coach of an under-14 recreational boys' basketball team with the Steel Town Athletic Club (STAC) — requested 15 copies of the book Do Hard Things by performance coach Steve Magness that he wanted to assign to players as part of their off-court development.

The donations flooded in, with all 15 books being received within an hour. Jackson was one of the recipients of the books.

"It talks about what it is to be tough, different types of toughness — like old school versus now — [and] perseverance. It sounds like a pretty good book for them to be reading," Jackson's mother told CBC Hamilton on Sunday.

Members of the team are expected to read 10 pages each night, and then they all talk about it when they meet for practice on Mondays, Wednesdays and Fridays. (The team plays its first game, open to the public, at 6 p.m. ET on Friday at Bernie Custis Secondary School.)

Jackson has been reading the book for about a week and a half, and Pellegrini said "it's going quite well."

Pellegrini believes the initiative will help the children learn about accountability and assert their own independence.

"This is something [that is] up to them to keep up on their own time to read," she said.

Pellegrini said Jackson is "not the most avid reader, so it's great to see him actually picking up a book, and something that's not a comic book or an easy reader. It is nice to see that change."

Lincoln Cole, a co-ordinator at STAC, welcomes the program Bsat has introduced.

"Basketball is great, you know, but there's a lot of other things out there when it comes to life and excelling in life.

"When I see [Bsat] bring in the books … I thought it's great. It kind of sends a message to the youth that we're not only about basketball here, we're about school and academics as well because you can't go nowhere without academics," Cole added.

When they've completed the first book, the team will move on to two others — The Body Is Not an Apology: The Power of Radical Self-Love by Sonya Renee Taylor; and All About Love: New Visions by Bell Hooks.

Bsat also made a call for donations of these two books, and once again received them in one hour.

Bsat said one of the reasons he introduced the program is to set these young athletes up for success on and off the court.

"I'm also mindful that these athletes are more than athletes and that basketball doesn't exist in a vacuum, you know, there are systemic influences and factors that will either have negative or positive effects in their life," Bsat said earlier this month on CBC Radio's Fresh Air.

"I believe that reading these three books will help them navigate life as they move forward as young men." 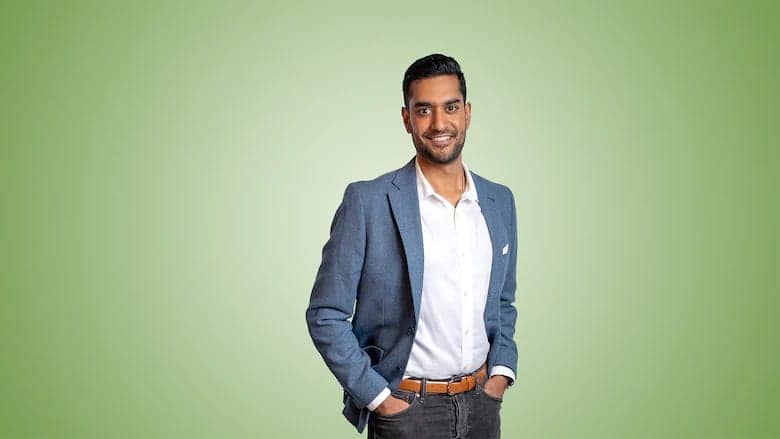 Fresh Air8:59Basketball Book Club
Hamilton's Mohamad Bsat needed books for his basketball team. Word went out on social media and donations flooded in. Host Manjula Selvarajah finds out why this U-14 team includes reading in its regimen and the impact of these acts of kindness.

Discussions last approximately 10 to 15 minutes, and Bsat said they are "closed session where parents and administrators aren't going to be allowed into the practice facility, so that we can speak candidly about what they read, how they can take from what they read and apply to the basketball court, how can they apply to their lives and how it makes them feel."

Bsat said he chose the book Do Hard Things because he wanted players to understand where he's coming from as a coach.

"I think oftentimes young people, they don't necessarily understand why they're being taught a certain way, and I want them to know exactly where I'm coming from," he said.

"I also want them to know what I expect of them. In that book, the author talks a lot about being vulnerable, about being honest and putting away toxic masculinity so that players can be, you know, more free to be themselves."

Regarding The Body is Not an Apology," Bsat said young men are inundated with a lot of pressures. As an example, he referred to Andrew Tate —  the controversial influencer and self-declared misogynist who was arrested in Romania earlier in January on charges of human trafficking, rape, and forming an organized crime group.

"I want to be the counterbalance to messaging like that. I want them to read it and come away with radical self love, to understand how toxic and harmful fatphobia can be and to, you know, show a level of respect for not only themselves, but for other genders that they may encounter," he said.

"That's the same thing why I assigned the book All About Love. In that book, Bell Hooks talks about toxic masculinity, misogyny, and what real love looks like in your life. Oftentimes people are met with callous love and aren't necessarily shown what love can truly be and what love can look like fully realized. So, I want them to experience that, not only in the book but from our team environment."

Desmond joined CBC News in October 2017. He previously worked with The Associated Press, Caribbean Media Corporation and Inter Press Service. You can reach him at: desmond.brown@cbc.ca.