While the arson at the downtown mosque was motivated by hate, it was not deliberately timed to the anniversary of the 2001 Hindu temple arson, say police. 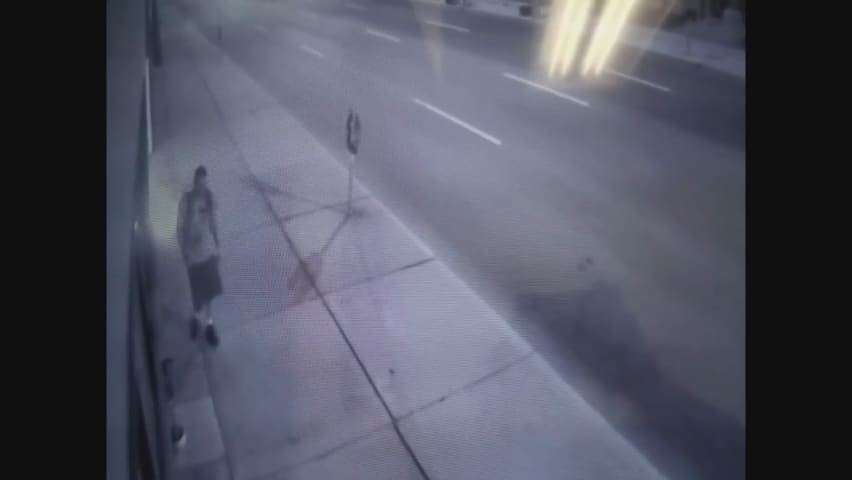 Police say the arson at Hamilton mosque last week was a planned attack and is now being investigated as a hate crime.

But investigators say the person who set the fire did not appear to be aware of the significance of the date—that it was set 15 years after arsonists set fire to a Hamilton Hindu temple.

As a result of executing these search warrants and an analysis of the evidence obtained, this offence is now being classified as a hate/bias crime.- Hamilton police

A man has been charged with arson in the Sept. 14 incident.

Police said Wednesday that they will pursue more serious sentencing because of the "hate/bias nature" of the incident.

Two search warrants executed after the arrest led to the conclusion the fire was set as a hate crime, police say.

The fire was set a fire at the doorway of the Ibrahim Jame Mosque on King Street East near Sanford Ave, around 11 p.m.

Security video from the mosque shows a male lighting the fire before walking away. Even before the fire department could arrive, witnesses say, the fire was put out by a group of newly-arrived Syrian refugees.

"Had it not been for their prompt response, the damages could have been worse," said Hamilton police Constable Steve Welton at the time.

The fire happened an hour before the 15-year anniversary of the devastating Hindu Samaj Temple arson, an attack in Hamilton just days after the 9/11 acts of terrorism.

That was "enough for me to say that this was motivated solely or in part because of bias toward religion," Pietroniro said.

Pietroniro clarified it wasn't just religion in general, but "almost entirely Islam" that bore the brunt of  the "bias."

The hate crime detective also said correspondence found by investigators indicates the attack was planned. However, he said the available correspondence does not seem to indicate that the arsonist planned for the significance of the date.

'We will not respond with violence'

Sayed Hashemi, a volunteer at the mosque, told CBC news the day after the fire that "We never thought we'd be attacked." He said "Islam is a religion of love, peace, and tolerance. And we will tolerate this. We will not respond with violence."

Following the attack and arrest of a suspect, police said they needed more time to investigate and decide if a hate crime charge was appropriate. The Muslim Council of Greater Hamilton responded to this saying they were disappointed with the police's "hesitancy" to make that designation.

Hashemi, speaking on behalf of the mosque and the Muslim Council of Greater Hamilton, said they are "relieved" by the police hate crime designation. "That is what we hoped for from the start," he said.

But emotions under Ibrahim Jame's roof can't be neatly summarized. Its Imam, Mohamed Molvi, told the CBC on Wednesday, "I am fearful."

He said that when he opens a door in the mosque, he wonders if someone will be waiting in ambush behind that door. Sometimes when he arrives early in the morning, before sunrise, he waits for more people to arrive instead of walking in the building alone.

Three days after the attack happened, Ward 3 Councillor Matthew Green posted a statement on Facebook calling on the Federal government to classify this and similar attacks as terrorism.

Charged with arson is 34-year-old Keith Frederick. Police say they will continue to oppose bail.