Protests against anti-Black violence and police brutality have been happening in big cities across the globe. And some small Ontario communities are taking a stand too.

'We live in a town where there is still a lot of racism,' Collingwood, Ont. organizer says

When Marrika Sanders saw the video of George Floyd's murder — the unarmed Black man was killed by a white police officer in Minnesota — she was devastated and knew she had to do something.

Sanders lives in Fort Erie, Ont., the small Niagara border town where protests aren't very common. But she wasn't letting that stop her. Sanders marched the streets of her small town with a pack of other young protesters. She led chants and held a homemade sign which said "Justice 4 George."

"It's a big deal for Fort Erie, for sure," she said. "I know we're a small town but it matters to us and we wanted to make a difference."

Fort Erie is just one of the smaller Ontario communities where peaceful rallies and solidarity marches have been popping up in response to Floyd's murder. During an arrest Minneapolis police officer Derek Chauvin knelt on Floyd's neck for nearly nine minutes.

Bracebridge, Ont., Elliot Lake, Perth and Timmins have all had protests. Each town is home to fewer people and less diversity than the larger centres where protests are taking place.

According to the 2016 census, 265 of Fort Erie's 14,315 people in private households identify as Black. Sanders said she hasn't dealt with racism much herself in Fort Erie, but her family has. Her father lives in the U.S., where he has also dealt with racism and police brutality.

"We're also just across the border ... so it's like, we gotta do something, right?"

Grade 12 student Reneé Ficko is used to organizing climate protests, but often has a hard time getting people to join in.

She helped put on a protest in her hometown of Collingwood, Ont., on Monday and was struck by how many came out. The community sits on Georgian Bay, 150 kilometres northwest of Toronto.

"We closed the street down and we marched," she said. "We live in a town where there is still a lot of racism."

The area's Black population has a storied past, chronicled in a local Black history museum called Sheffield Park.

Trinity Stephens touched on her experiences with racism during a speech at that protest. She said much of it happened at a local high school, where her teachers didn't always stop it. She didn't have a speech prepared and said she spoke from the heart.

"I really didn't realize that I had all of that inside of me," she said, home from her studies at University of British Columbia. "I feel so much lighter."

She too was "shocked" by the turn out and didn't think it was very common for Collingwood. Both Stephens and Ficko plan to attend another protest in town this weekend.

"It makes it more of an accepting place," she said. "This is definitely a new step forward for Collingwood." 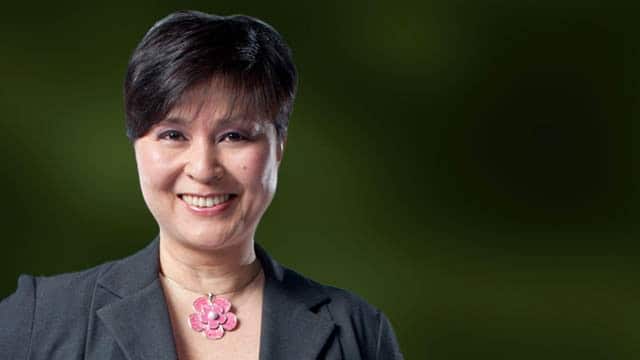 Ontario Morning from CBC Radio4:18How anti-Black violence protests have popped up in small Ontario towns
Protests against anti-Black violence and police brutality have been happening in big cities all across the globe. But some small Ontario communities are taking a stand too. The CBC's Haydn Watters spoke to young people organizing and attending these small town rallies and solidarity marches. 4:18

'It's not just a few political activists'

Isaac Burke was scrolling through Instagram on Black Out Tuesday and noticed many locals posting a black square. He wanted to see them do more. So, he cobbled together a protest in his hometown of Cobourg, Ont, a small town on Lake Ontario about 100 kilometres east of Toronto.

He made an Instagram account about the protest and days later, hundreds showed up in support. He's home from university because of COVID-19.

Similarly, Asha Agro thought coordinating a protest would help show support from her own community of Tillsonburg, 60 kilometres southeast of London.

It was her first time organizing, so she was nervous. She said her mom helped her out.

The feedback was mostly positive though she did get complaints about gathering during a pandemic. She understood, encouraging participants to physical distance.

She also had a tricky time tracking down a megaphone but found one.

"I feel like a lot of people are scared to speak up but now that I have seen a ton of people start doing it more and more," she said.

"[It's] really cool because that means the message is getting out."