Ontario Premier Doug Ford says there have been "a few bumps in the road" when it comes to our COVID vaccine rollout. Dr. Amit Arya, a palliative care physician specializing in long term care, breaks down what those bumps are and how we get more people vaccinated, faster. 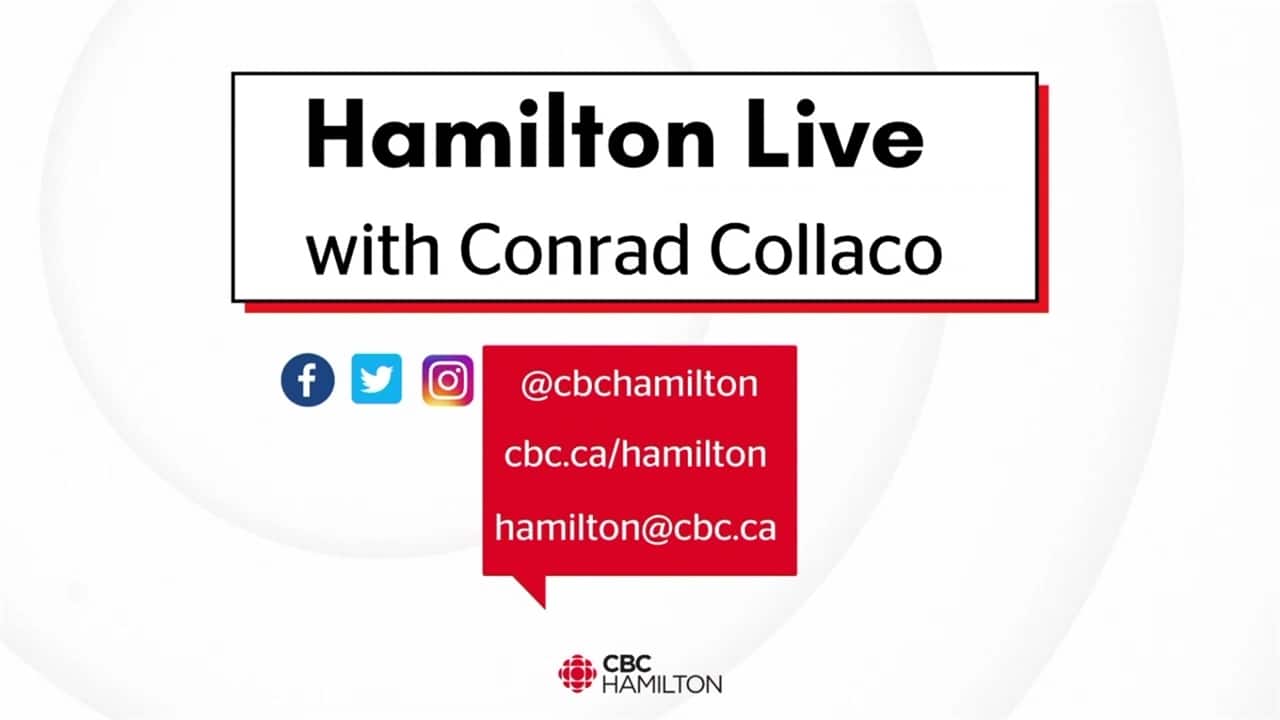 Doctor says Ontario's vaccine rollout for seniors in long term care has been 'absolutely atrocious,' has plan to get people vaccinated faster

1 month ago
27:22
Ontario Premier Doug Ford says there have been "a few bumps in the road" when it comes to the COVID vaccine rollout. Dr. Amit Arya, a palliative care physician at McMaster University and the University of Toronto specializing in long term care says there were and are more than a few bumps. He describes what he sees as the problems with the provincial rollout and breaks down his plan to get more people vaccinated and fast. 27:22

Ontario Premier Doug Ford says there have been "a few bumps in the road" when it comes to the COVID vaccine rollout. Dr. Amit Arya, a palliative care physician at McMaster University and the University of Toronto specializing in long term care says there were and are more than a few bumps.

In the interview above, he identifies what he sees are the problems with the provincial rollout and breaks down his plan to get more people vaccinated, faster.

CBC's Conrad Collaco interviewed Dr. Arya live at noon on Tuesday Jan. 19. Below, you'll find an abridged and edited transcript of his conversation with the CBC.

What problems have you seen so far in the province's vaccine rollout?

I think there's several concerns that I have. First of all, a reminder to everyone who's watching today, it's definitely frail seniors who live in long term care homes and retirement homes who have suffered the most and died from this virus. About two thirds of deaths from COVID-19 have happened in long-term care facilities when we're talking about Ontario. And yet we're at a point where we're over a month into this rollout. We gave the first shots on December the 14th and we only have about 20 percent of long term care residents vaccinated. So, that is absolutely atrocious. And to give you an idea, Quebec has, I think, the majority of their residents done. British Columbia is going to wrap up by the end of the month. In the US, West Virginia is an example where they've already vaccinated all their long term care home residents. In the U.K. and Israel, they're way ahead of us in terms of prioritizing high risk populations.

What did these other jurisdictions do differently than Ontario has so far?

Yes, so one critical flaw, and I don't have an explanation for why this happened in Ontario, was that initially when we got the Pfizer vaccine... the Pfizer vaccine is supposed to be kept at these minus 70 degree temperatures and in these special freezers, which can only be found in large urban hospitals or research labs. But on the product monograph, it actually says that for five days prior to administration, you can have it at normal refrigerator temperatures. So every other jurisdiction... I mean, we can look at our neighbours in Quebec, they had it going into long term care homes from the very beginning, from day one, to vaccinate health workers, to vaccinate residents who undoubtedly are at the highest risk. But yet we kind of held on to it for three weeks in freezers. I mean, even at this point in time, the latest data actually shows that we have seventy-five thousand doses, about a quarter of the doses actually still sitting in freezers. So, that's inappropriate and unacceptable when we're having really a humanitarian crisis evolve in our long term care sector.

I don't know why they did this, but they actually had a pause over the Christmas weekend. You might remember, that was widely reported in the media and General Hillier did acknowledge that that was a mistake. I don't understand why anybody would do that. I mean, this is a virus that doesn't take Christmas off.

I'm hearing a lot of feedback from my own patients and in the areas that I work that people, for example, they may not be in a long term care facility or their parents or grandparents might not be in a long term care facility but they're worried. They're worried about their parent who has to go out shopping or even lives at home. And we know it just takes that one little issue to get COVID-19. Seniors over 60 actually lead by far in terms of deaths from COVID-19, in terms of admissions to the ICU and in terms of hospitalizations. To give you the number, they account for ninety six percent. Ninety six percent of deaths from COVID-19.

Success due to 'leaders on the ground, not the planning from the government'

So the premier has described. The place where we are now as a "well-oiled machine." That's not what you described to this point. What's he talking about here? What is working well, now that we're in the middle of January?

Well, I think there's some scenarios, and I can tell you where it is working well and what the flaws are with that and how we can make it better. Really, it's kind of like a patchwork type of rollout where there are some situations where we're having very high uptake of the vaccine, excellent delivery to high risk populations, which should be prioritized.

I'm finding that a lot of that depends on the personal responsibility and advocacy of the leaders on the ground, not the planning from the government, which really should have been the case. So to eliminate that patchwork delivery system in the middle of a pandemic. So to give you an example, I was recently talking to a physician who works in long term care. And long term care is a sector where, of course, it's very important to vaccinate as many vulnerable seniors and residents as possible. But it's also important to protect the front line staff. I mean, these appalling situations where we're hearing about residents going without food and water and really the basic necessities to live happen because they don't have enough staff on the ground.

We have a question from Janice who wonders what plans are in place for the many of us who live in rural and small town Ontario, who do not have a family physician close by? Janice says her doctor is in Toronto and that due to her lung diseases she is not allowed to travel to Toronto. What advice do you have for her?

Well, I think at this point, you know, we're still finding out information and more details from the province as to what their plan will be. I do hope that we have mobile teams that will be rolling out from corner to corner across the province to make sure that all high risk populations, anyone who's high risk from COVID-19 and I spoke about who that would be would receive the vaccine and the booster dose in a timely fashion. I can even share that. I learned earlier this week that there was an emergency doctor who works in Perth, Ontario, sort of a small rural setting, who is over 60 and still hasn't received the vaccine and has no idea when it's coming to him. There's other settings where community family doctors still are not sure about when they'll receive the vaccine. And this is the time that we actually need to be engaging these people... community, family doctors, nurses, nurse practitioners and public health.

Did we get this wrong right off the bat? Did Ontario follow the wrong philosophy on how to deliver mass vaccinations?

I hate to sound like sour grapes, but you're asking me about that, Conrad, so I will give you my honest opinion. You know, I've been I've always been concerned about the actual task force, the COVID-19 task force, which was formed back in December.

And the issue is, it kind of comes back to these problems we've already spoken about. I mean, we have a retired general who's leading that task force, and we have an auto parts CEO. We have a tech CEO and so on. And I know shipping and logistics also matter, but we don't have the people on that task force who should be there. We have no nurses. And that, to me, makes absolutely no sense. I mean, nurses are actually the people who put these shots in people's arms day in and day out. We don't have public health who actually plans these mass vaccination campaigns. As I kind of mentioned, family doctors and nurse practitioners would be so important and they're not part of this task force. Also, we need experts who specialize in science communications, people who specialize in getting the message out about how the vaccine is safe, giving people accurate information. And that needs to be done proactively. So people have time to process that information. They can think about it, talk to the families and so on. And that's missing, too.

So if we're going to do a 24/7 vaccine operation and that's one of the possible solutions to getting more people vaccinated more quickly, what else do we need to do?

I think it starts with having the appropriate people involved in the planning to ensure that we can engage people who are these community family doctors who are doing such amazing work during this pandemic. I mean, you'd be surprised to hear that even with little resources and not much support, almost all family doctors offices continue to be open. And these are the people who once again, should absolutely be prioritized and should be included in the vaccine rollout. They're willing to do this. And once again, they are the experts in vaccinations, in my opinion, one of the experts. So, we need to engage them and we need to actually move away from hospitals. I'm not against hospitals. I work in a hospital myself, but only focusing on hospitals is a concern for me. The other thing I will add is that it's often these frontline community health workers, family doctors, nurses, nurse practitioners, like I've already mentioned, that have relationships with people who are getting the vaccine.