New rules in Ontario mean you’ll soon be able to smoke pot anywhere the law will allow you to smoke cigarettes. A scientist with the Ontario Tobacco Research unit explains what he thinks works and does not work about the new rules. 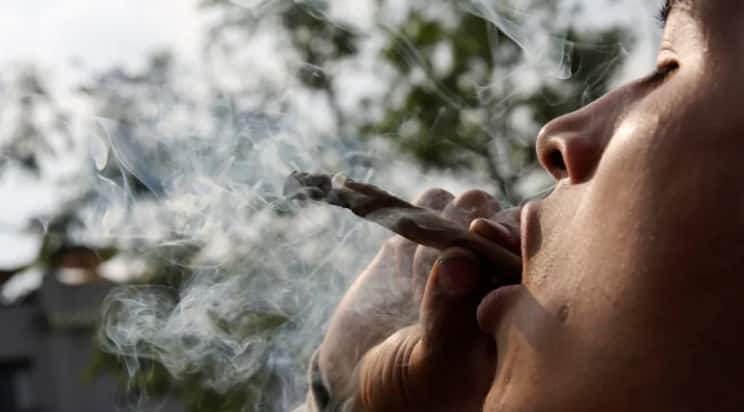 Hamilton7:532nd-hand pot smoke is just as bad as 2nd-hand cigarette smoke: expert
New rules in Ontario mean you’ll soon be able to smoke pot anywhere the law will allow you to smoke cigarettes. A scientist with the Ontario Tobacco Research unit explains what he thinks works and does not work about the new rules. 7:53

New rules in Ontario mean you'll soon be able to smoke pot anywhere the law will allow you to smoke cigarettes.

The Ontario government made those changes Tuesday, replacing a plan by the previous government that would only have allowed pot smoking in your home.

Michael Chaiton, a scientist with the Ontario Tobacco Research Unit explains what he thinks works and does not work about the new rules. He spoke with the CBC's Conrad Collaco about exactly where you can smoke pot as soon as it's legal.

You can listen to the full interview by clicking the link below or read an edited and abridged version of the interview below.

What do you think about the change?

The good thing is the previous regulations encouraged people to smoke indoors. Indoors is where we would expect to have the highest levels of exposure and health risk. Smoking indoors is a concern for people living in apartment buildings and multi-unit dwellings. We hear many complaints from people who are exposed to smoke of all sorts from their neighbours.

The downside is that we may see additional smoke exposure outdoors and in public places. One of the additional risks, apart from the exposure to second-hand smoke, is that might re-normalize the act of smoking itself. Our current restrictions on tobacco use have made it generally unacceptable to smoke and those new regulations may change that perception. We know that social exposure to tobacco use in the home or in public spaces or even the movies and TV is one of the main predictors why kids will start using the substance.

Do you think the legalization of marijuana will lead to an increase in tobacco smoking?

It's certainly possible. There are similarities between the acts themselves and from a distance it's hard to tell them apart. There are also many people who mix the two substances. It does have the potential for increasing tobacco use.

Where exactly will people in Ontario be allowed to smoke marijuana?

...the model we have for selling tobacco where tobacco is available on every street corner isn't one that's amenable to public health.- Michael Chaiton, a scientist with Ontario Tobacco Research Unit

When we talk about tobacco restrictions we generally talk about where we can't smoke. And we can't smoke indoors, and in indoor public places including the public common areas of multi-unit dwellings and hotels. Outdoor across the province there are restrictions against smoking near playgrounds and playing fields as well as on hospital grounds and in cars with kids under sixteen for tobacco and for everyone for cannabis smoking.

What's the difference between second-hand tobacco smoke and second-hand smoke from cannabis?

There's very little difference. Just like tobacco smoke, cannabis smoke is a result of combustion. They're both burning leaves. They contain many of the same toxic chemicals, things like polycyclic aromatic hydrocarbons, carbon monoxide, benzene — in particular the fine particulate matter of the smoke particles themselves which are known to cause heart disease and other respiratory illnesses.

Research has shown that second-hand cannabis smoke exposure does result in some of the same heart impacts that we would see from second-hand tobacco smoke.

(Ed. note: Fiona Clement, director of the Health Technology Assessment Unit at the University of Calgary says there isn't enough published research to know how cannabis smoke compares to tobacco smoke. She says "I would not be comfortable with the evidence to say that cannabis smoke is worse for you than tobacco smoke." Clement told CBC Edmonton in June that three studies have looked at the toxicity of cells in the body and how aspects of cannabis can result in changes to a person's genetic makeup. She says three studies aren't enough and "We do know that exposure to cannabis smoke is not harm-free [But] there are lots of unknowns.")

What about nicotine? There's no nicotine in second-hand pot smoke.

There's no nicotine in marijuana smoke. That's not one of the main health issues in smoke itself. Tobacco smoke is very sticky indoors. You see it accumulate on walls, on furniture and create what is called third hand smoke where it continues to expose people because of the off-gassing that remains of the substance after it settles into these places. It's possible that cannabis smoke will not have those long-term indoor effects.

What about smell? Does that play into making laws about where you can smoke it?

The smell is not actually the concern. The smell is a marker of exposure. If you are smelling something then you are exposed to some part of the smoke. Many of the harmful elements in the smoke are odourless. That's our major concern.

What lessons have you learned from studying tobacco that can help inform cannabis and smoking rules?

One is that there is a need to protect others from second-hand smoke exposure. A second is the concern over the commercialization of an addictive substance. We have found that the model we have for selling tobacco where tobacco is available on every street corner isn't one that's amenable to public health.

The legalization cannabis gives an opportunity to really re-think about where and how and why we have these regulations over these similar-ish substances.

How should marijuana and tobacco smoking be regulated?

It's a really big challenge. The legalization of cannabis is a grand social experiment. One of the things that will be important going forward will be to keep an eye on what the impacts will be and to monitor and evaluate so that we can reduce the public health impact of legalization. One of the challenges for the government will be to encourage the reduction of smoke. One of the ways it can do that is to encourage people to ingest these substances in ways other than smoking and that may reduce the overall public health impact.