Groundhog Day's furry forecasters have reached a consensus on how long winter will last, with three of five seeing their shadows — indicating another six weeks of cold-weather misery. 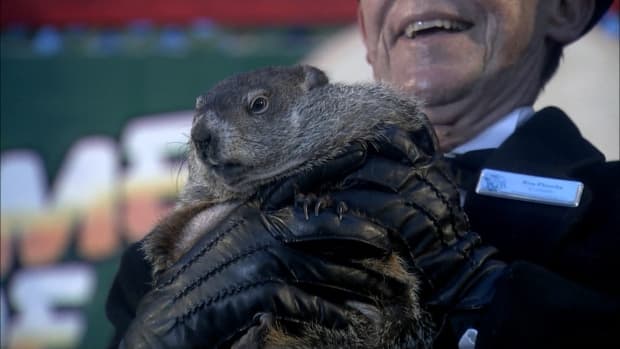 Groundhog Day's furry forecasters have reached a consensus on how long winter will last, with three of five seeing their shadows — indicating another six weeks of cold-weather misery.

Nova Scotia's Shubenacadie Sam came out of his burrow first, and saw his shadow soon after 8 a.m. AT Monday, which according to tradition means another month and a half of winter weather.

In Pennsylvania, Punxsutawney Phil, emerged with the same outlook after also seeing his shadow.

However, in Wiarton, Ont., Wiarton Willie — another rodent burdened with the tourism fortunes of a small community — dissented from his peers. He failed to see his shadow, indicating an early spring. He was operating under heavy cloud, with snow and blowing snow in the forecast from Environment Canada.

Last year, only Wiarton Willie was correct when he spotted his shadow.

They were wrong. A polar vortex plunged Canada into a brutal winter that dragged on and on.

Environment Canada has already crunched the data for the next month and come up with this prediction: February will be colder than normal across the country.

"His batting average is not that great… but hey, neither is ours."

Why groundhog forecasters are male

The motivation for male groundhogs to stick their necks out at this time of year may not be weather-related at all, the National Geographic reported on its website Sunday.

Many of them do emerge on Groundhog Day, but not to see their shadow.

“At this time of year, males emerge from their burrows to start searching for the females,” Stam Zervanos, emeritus professor of biology at Penn State Berks, in Reading. Pa., told the National Geographic.

“The females come out probably seven days later and stay just outside of their burrow or maybe just inside their burrow.” he said.

Both sexes then return to their separate burrows to think about what they've seen and prepare for warmer mating weather.