According to advocacy groups, gay people often have trouble finding retirement facilities that are supportive of their lifestyle. To kick off our series on aging in Canada, CBC News looks at a Toronto facility that focuses on creating a positive environment for lesbian, gay, bisexual and transgendered seniors. 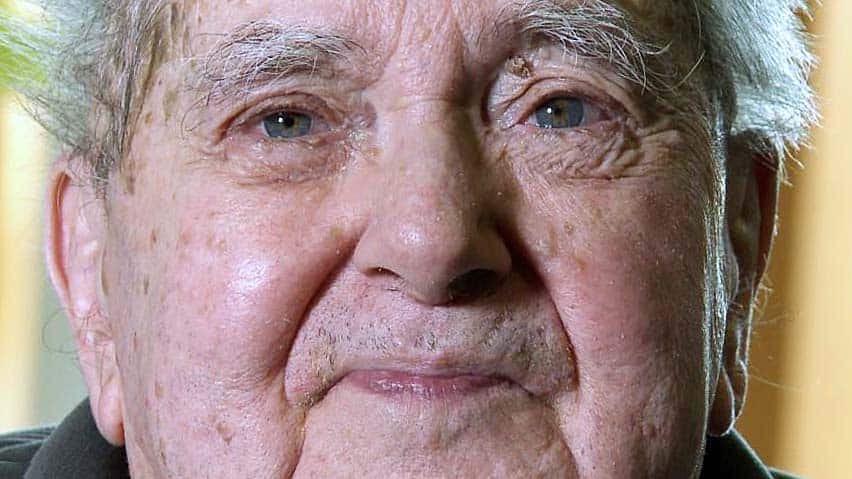 Home for the aged

Alf Roberts took part in his first pride parade when he was 80 years old, shortly after coming out of the closet.

The New Retirement: Seniors in Canada

This week, CBC News launches a series on life for people 60 years and older. Canadians are living longer than ever before, a fact that is radically changing the meaning of retirement. Many people see it as a time of reinvention, a time to try new things.

All week long, CBC News will be publishing stories on seniors who are doing remarkable things in the so-called twilight years.

The Toronto senior rode on a bus decorated by Fudger House, a downtown long-term care home that focuses on creating a positive environment for lesbian, gay, bisexual and transgendered seniors.

Roberts, one of the 249 residents at Fudger House, hasn't missed a parade since that day three years ago. He credits his openness and willingness to take part in the event to the support he has received at the municipal facility.

"In the three years I’ve been here, I've been more open than I ever was in my life," Roberts told CBC News.

"I feel comfortable and safe here. It doesn’t matter here if you’re ‘different’ — I guess you could use the word."

Fudger House is a forerunner in inclusive housing in Canada, where models to meet the housing needs of lesbian, gay, bisexual and transgendered seniors are developing slowly in both the public and private sectors.

According to a national survey by Toronto-based Forum Research in 2012, 2.6 per cent of Canadians aged 55 and older say they are lesbian, gay, bisexual or transgendered.

How do you feel about the word 'senior'?

Do you find it patronizing, or have you come to accept it? Is there a better word to describe people over the age of 60?

Send us your thoughts via email at Community@cbc.ca or by Twitter at @CBCCommunity.

LGBT seniors often lack the traditional support network — such as spouses and children — enjoyed by their heterosexual counterparts, according to Services and Advocacy for Gay, Lesbian, Bisexual and Transgender Elders (SAGE), a U.S.-based advocacy group.

Research conducted by the group found that LGBT seniors are twice as likely to age alone, four and a half times more likely to have no children to rely on and five times less likely to access senior services.

Located on the doorstep of Church Wellesley Village, Canada's largest LGBT community, Fudger House became a pioneer in the transition to inclusive housing when the City of Toronto designated it an LGBT-positive environment in 2004.

Toronto Long-Term Care Homes and Services, which oversees 10 municipal homes including Fudger House, is one of the first municipal departments to introduce an inclusive long-term care initiative.

"A collaborative model of care is seen as essential to the success of this initiative and for it to be sustainable," says the department's LGBT Toolkit, which documented the results of the pilot project at Fudger House.

The 146-page toolkit, put together in 2008, aimed to "further guide staff in long-term care homes in providing culturally competent care."

It contained resources and training plans such as a timeline of LGBT history, a list of top queer films and inclusive activity planning guides.

The toolkit also highlighted the challenges faced by LGBT seniors.

"Many LGBT seniors report heightened fear and anxiety should they disclose their sexual orientation to service providers within both health and social service agencies and have little faith and confidence that they would not experience further victimization," the toolkit noted.

"There is significant evidence that demonstrates that the needs of LGBT seniors are not well-served within the mainstream health-care system and certainly is not being addressed within the long-term care sector itself."

The lack of inclusive services isn't unique to Toronto.

A 2010 report by the City of Vancouver's social policy division found LGBT seniors face issues not experienced by their heterosexual counterparts, making it more difficult for them to navigate the long-term care system.

"Some seniors have been closeted their entire lives and fear coming out, some have been rejected by their families and some are experiencing discrimination and homophobia in various settings, including within the home support and residential care systems," the report found.

There were relatively few programs in Vancouver geared specifically to this aging group of the population, according to the report. While many non-profit community groups in the city have programs in place to welcome culturally diverse seniors, government services "have not developed the same degree of cultural competence."

The private sector is trying to fill the gap.

Plum Living, a Vancouver-based company, is looking to build the city's first residential complex with home health-care services catering to the LGBT community.

The plan was announced in 2008. Five years later, the company is still collecting deposits from community members.

Meanwhile, the City of Halifax is reviewing a proposal to rebuild a church into an inclusive apartment complex that welcomes senior LGBT residents.

Dubbed Spirit Place, the proposed development would add independent living facilities to St. John's United Church. It was originally designed to include seven storeys and 65 apartment units, but it was later reduced to 59 units to satisfy concerns about the size of the building.

The committee submitted the application in 2010. Municipal staff is currently preparing a report for council.

"We continue to wait and we are hopeful that we will have a decision this spring … after almost three years of waiting," Horne told CBC News in an email.

At Fudger House, Roberts, now president of the resident council, recalled his journey of growing up gay.

"I wish [my coming out] could have happened years ago," he said. "But of course you remember back in Toronto years ago there was no gay pride day or gay pride parade. There was nothing."

"I hope more long-term care facilities become more accepting over the years, because I think that’s probably something an older gay worries about — ‘Where can I go to live? Where am I going to be accepted?’"